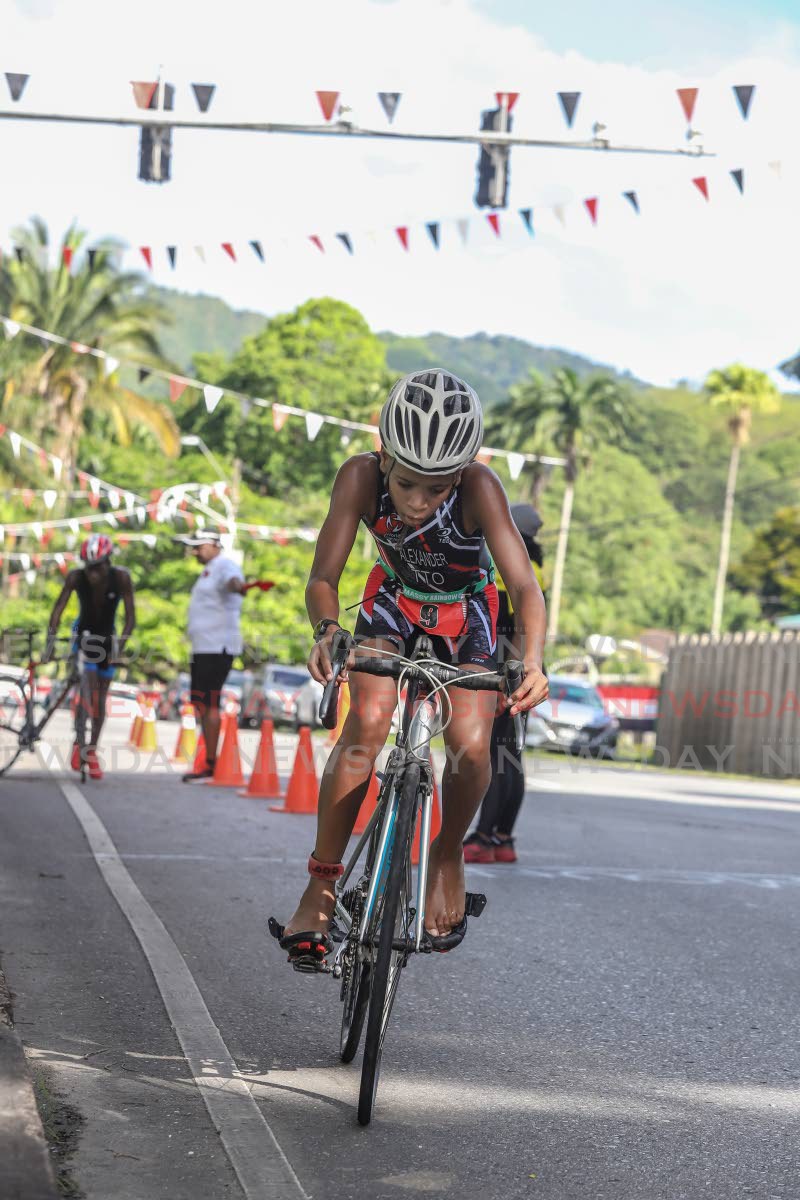 Local athletes get a duathlon test before Carifta

The 2022 Carifta Triathlon and Aquathlon Championships will take place in Bermuda on September 24-25.

Only ten athletes will represent the TT this year as the covid19 pandemic has hampered the preparation of some of the athletes. Nine boys and one girl will travel to Bermuda. Leah De Freitas, who will compete in the 11-12 age category, is the only girl on the team.

“We are two weeks away. It’s a very good preparation,” said Daniel.

“They’re all in their national kit today and you can see most of them are up front, so they’re doing very well.”

Daniel said Sunday’s course is similar to what TT athletes will experience in Bermuda.

“We like this pitch because part of Carifta’s running course is also on grass, so it’s a good opportunity for them to run on grass as well.”

Daniel expects a few of the TT athletes to be competitive.

“There are a few athletes who I think will do well. Jean Marc Granderson came out of the Commonwealth Games (2022) with us and did well in the relay, so I expect him to be successful… if not to win it.

Granderson will compete in the men’s 20-21 age group with Florida-based Chad Hosein.

“Some of the other guys (TT) are new to the course…we have Josiah Alexander (who) is a very good cyclist, swimmer and runner. So overall we expect something from Josiah (boys 11-12). The others are brand new to the team and this is a good opportunity for them to experience that as next year more than likely the race will be in the Bahamas.

On Sunday, in the mini duathlon category, participants completed a 2.5 km race, a 10 km race and then a 1.25 km race.

“I was happy with the weather,” Roach said after the race.

“I could always do better. I think I was perfect on the bike.

Roach thought he could have stayed closer to the front runners on the first leg of the race.

Regarding the race conditions, Roach said: “The conditions were excellent. The trees blocked the sun. It’s just that the course was muddy, it was uneven, so at one point I lost my step and kind of rolled my ankle (but) it wasn’t too bad. The course itself is a difficult course. It’s like a cross-country race in a duathlon.

Rankine-Beadle was part of the TT Triathlon Relay Team which competed at the Birmingham 2022 Commonwealth Games in July/August.

Despite winning her class, Rankine-Beadle said, “I felt like I could have done a little better, but I think I was okay.”

Looking back on her Commonwealth Games debut, she said: “Honestly, it was a great experience. It was very surreal and I’m very grateful to have had the opportunity to go there.