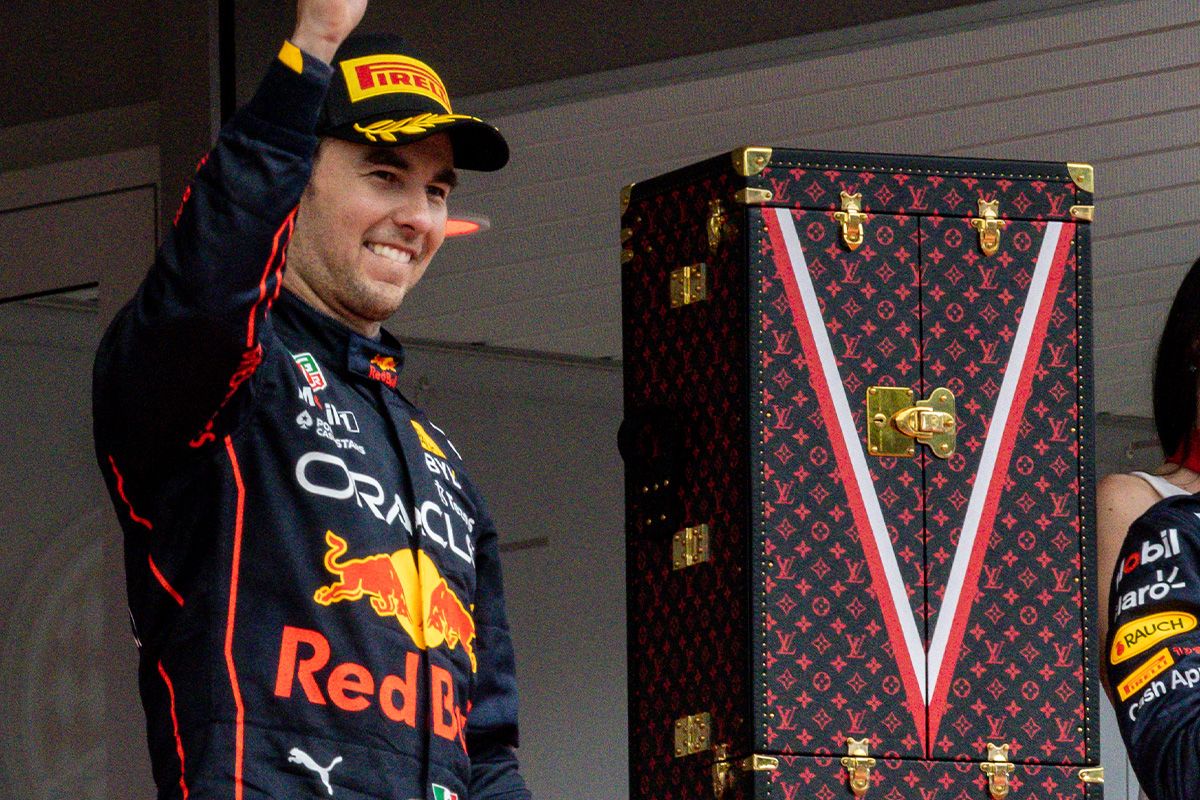 Remember when Formula 1 was all about Murray Walker shouting ‘THE LIGHTS OFF AND IT’S GOING’ and garish cars dressed in tobacco sponsors? Oh, how things have changed.

Gone are the days of Marlboro Mclaren, Camel Lotus and Lucky Strike Honda – or the late James Hunt smoking a post-race cigarette – as the sport of F1 has transcended into a whole new realm, complete with a handful of luxury behemoths in the mix.

Handmade in the Maison’s workshop in Asnières, just outside Paris, the trunk featured a red monogram print inspired by the flag of Monaco and a “V” for “Victory” emblazoned with a white stripe resembling the famous track.

This, however, is not something new. Fashion has long been part of F1 furniture (Tommy Hilfiger sponsored Lotus in 1991) with watch brands like Rolex, Hublot and TAG Heuer becoming more influential with each passing year.

The Ferrari team even launched their own Spring 2022 ready-to-wear collection at Milan Fashion Week and, most recently, ahead of the Miami Grand Prix earlier this month, opened a boutique to showcase their collection. at the city’s Aventura mall.

With the recent increase in F1 viewership figures – a 54% year-on-year increase in 2021 in the US alone – and the continued popularity of the hit Netflix series Formula 1: drive to survive, the upward trajectory of the sport shows no signs of slowing down. Essentially, for luxury brands, fewer affiliations in the wider world of sport make more sense than F1.

LeBron appears alongside Lewis Hamilton at the Monaco Grand Prix