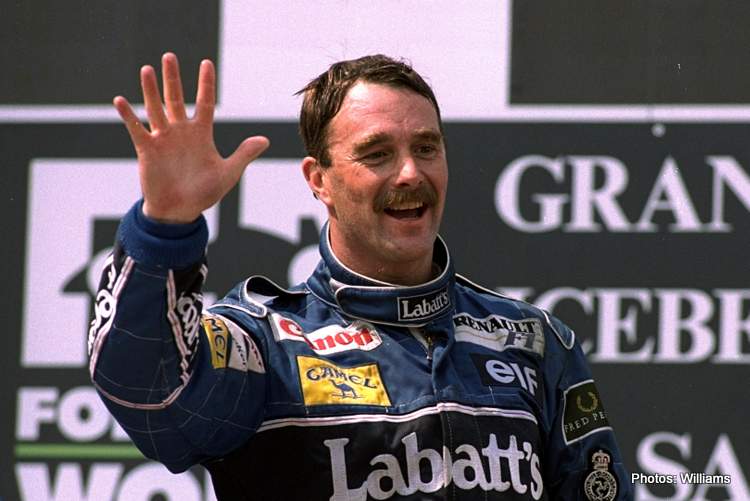 In a ‘back in my day’ interview, Nigel Mansell – one of Formula 1’s big names who had an illustrious career at the top of the sport, winning the drivers’ title 30 years ago – on August 16, 1992 for to be precise with five races remaining in this season.

Crowned in Hungary, Mansell was the 1992 F1 World Champion driving the iconic Renault V10-powered Williams FW14B with the famous Red 5 on the nose, the team managed by Sir Frank Williams at the time.

The Englishman has won nine times this season, beating teammate Riccardo Patrese to the title, with the Italian only winning once.

In an interview with Adrian Flux, Mansell, now 69, reflects on those years and his time at Williams, also talking about the team in its current form and what it was like to be a number two driver. in F1 at the time.

Presented with a photo of himself in action that season, Mansell said: “Looking at this in front of me, it feels like yesterday, but of course it was 30 years ago, this which is extraordinary and makes you think ‘where have those 30 years gone?

“But then you look in the mirror and you scare yourself and then you realize those 30 years have passed, it’s been an incredible journey.”

Mansell: When Ayrton had nice things to say on the podium, I realized

As for those glory years with Williams, one of the dominant teams of those years, Mansell recalls: “At the end of 1991 I broke my foot, but I knew 1992 was going to be the year it was going to happen.

“But it wasn’t until I was on the podium with Ayrton in August in Hungary that I realized he had said some very nice words to me.

“People forget that when I was driving for the teams until 1991, 1992, I was the number two driver, driving with four different world champions. When I look back on my career, I understand a lot more today than at the time, because I never realized why they didn’t like me too much.

“But when you’re world champion, and [I’m] beating them in a number two car, like I was with Nelson Piquet with Williams, he wasn’t my best friend, was he?

Among young Britons in F1, Nigel impressed by George and Lando

As for current British F1 drivers, including two who weren’t even born when Mansell conquered the world of F1, Mansell said: “I love both George Rusell and Lando Norris.

“I think the opportunity George has had is fantastic, and the fact that Lewis Hamilton hasn’t decided to dust off his right foot yet and is taking it easy this year, has helped him and he’s doing a great work.

“I think Lando is performing well and has had good results. I think we are seeing a jockey of positions with the manufacturers and how competitive they are from race to race,” added Mansell.

The world champion remains heavily involved in motorsport and often turns up at the biggest events on the racing calendar with artefacts from his career, such as his 1992 F1 world title-winning car, which forms part of the display interactive from The Classic to Silverstone. this year sponsored by Adrian Flux.