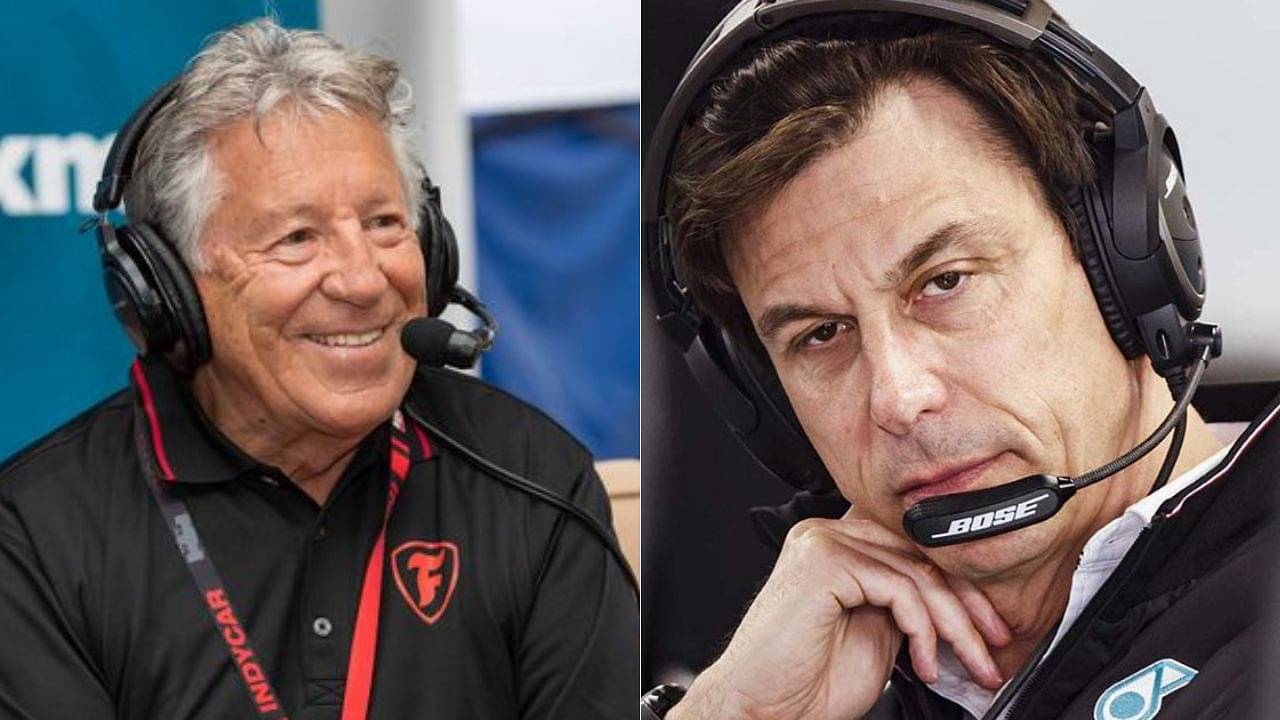 Mario Andretti, the former world champion and father of Michael Andretti, says Toto Wolff is too powerful for Formula 1.

Mercedes boss Toto Wolff is surely an influential figure in Formula 1. He is said to own a third of the reigning world champions and have amassed over half a billion in net worth.

In the meantime, he strongly opposes the inclusion of Andretti Autosport in F1. Michael Andretti, the owner of an American racing team, has been eyeing another American representation in F1 for more than two years.

However, the majority of teams oppose his inclusion for several financial reasons. But, Wolff at the head of the opposition signals his ability to press things in his favor.

Retweeting an article from Grand Prix 247, Mario Andretti, the former world champion, wrote: “It had to be said; it was time.

Mario Andretti thinks Toto Wolff is too powerful in F1 👀

Toto Wolff explains why he opposes

Wolff is one of the sharpest minds when it comes to money. Therefore, his opposition to Andretti is purely financial and not out of fear of increased competition.

“We have to understand what you can bring to the sport,” Wolff said. “And if an OEM or a multinational group joins Formula 1 and can demonstrate that they are going to spend X dollars on activation, marketing and various markets, that is obviously a totally different value proposition for all the other teams.

The American motorsport giant would have tried to enter F1 by other means. Previously, he tried to buy Haas, the team owned by American businessman Gene Haas.

However, the growing profits of the current F1 teams have made it difficult for other teams to take over the old regimes. Thus, this plan has so far failed.