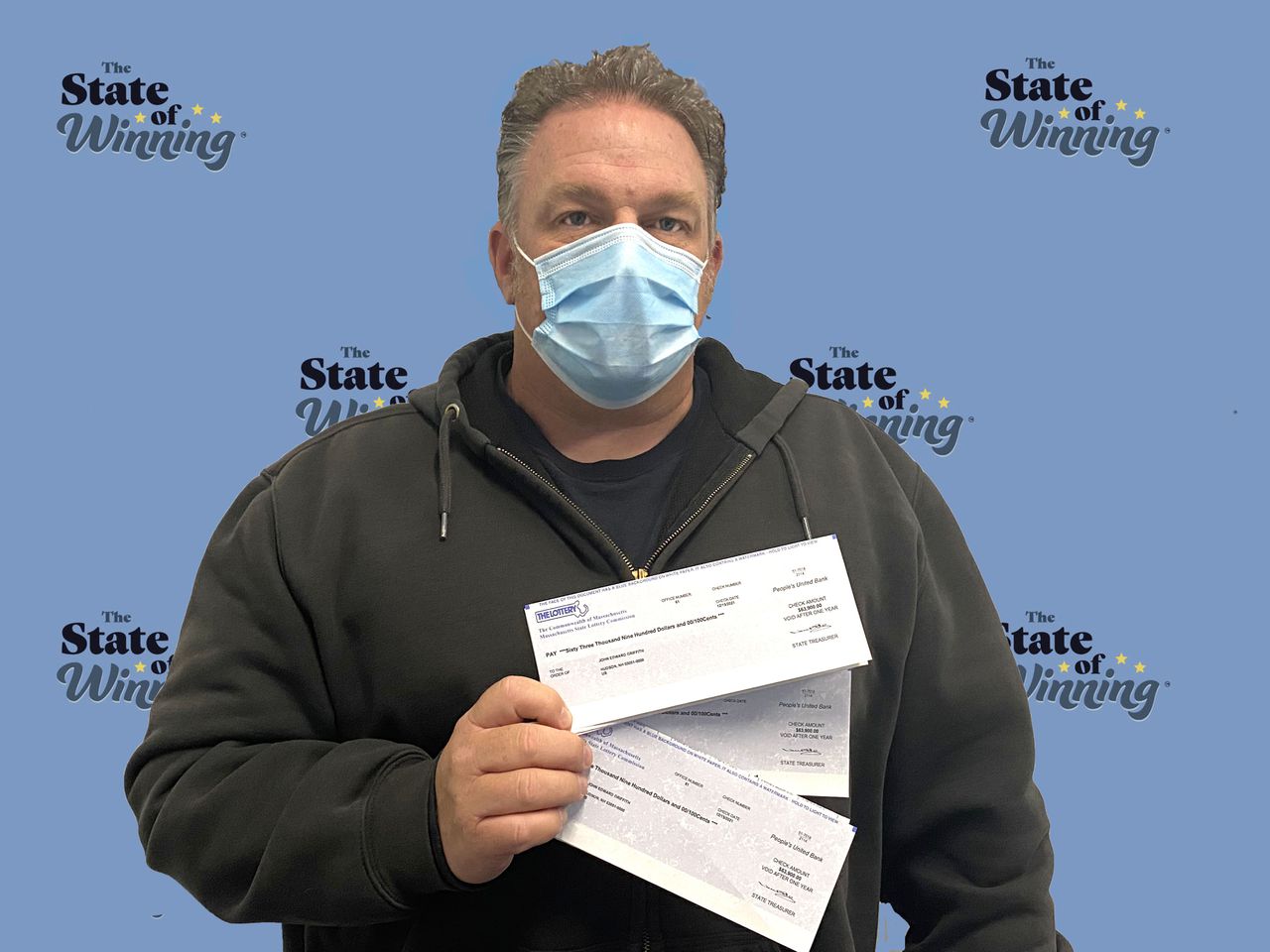 The Hudson, New Hampshire resident won $ 270,000 after three of his Keno tickets were won in the Massachusetts State Lottery.

The tickets also played the Keno bonus which increased the winnings.

“Playing Bonus Keno doubles the price of a bet, while providing players with the ability to multiply their prizes by the value of the bonus multiplier for that game,” the Lottery said in a statement. “The bonus multiplier for this game was 10x, multiplying the prize of $ 9,000 on each of its three winning tickets to $ 90,000 for a total of $ 270,000.”

Griffith claimed his winnings on December 15 at the Lawrence Lottery Claim Center. He bought his winning tickets from Mutual Oil in Tyngsborough, located at 397 Middlesex Road. The store will also receive a total of $ 9,000 in bonuses for the sale of these tickets.

Seven other winning $ 90,000 tickets sold there for the same Keno draw have yet to be claimed, the lottery said.

Other lottery winners have also been announced recently.