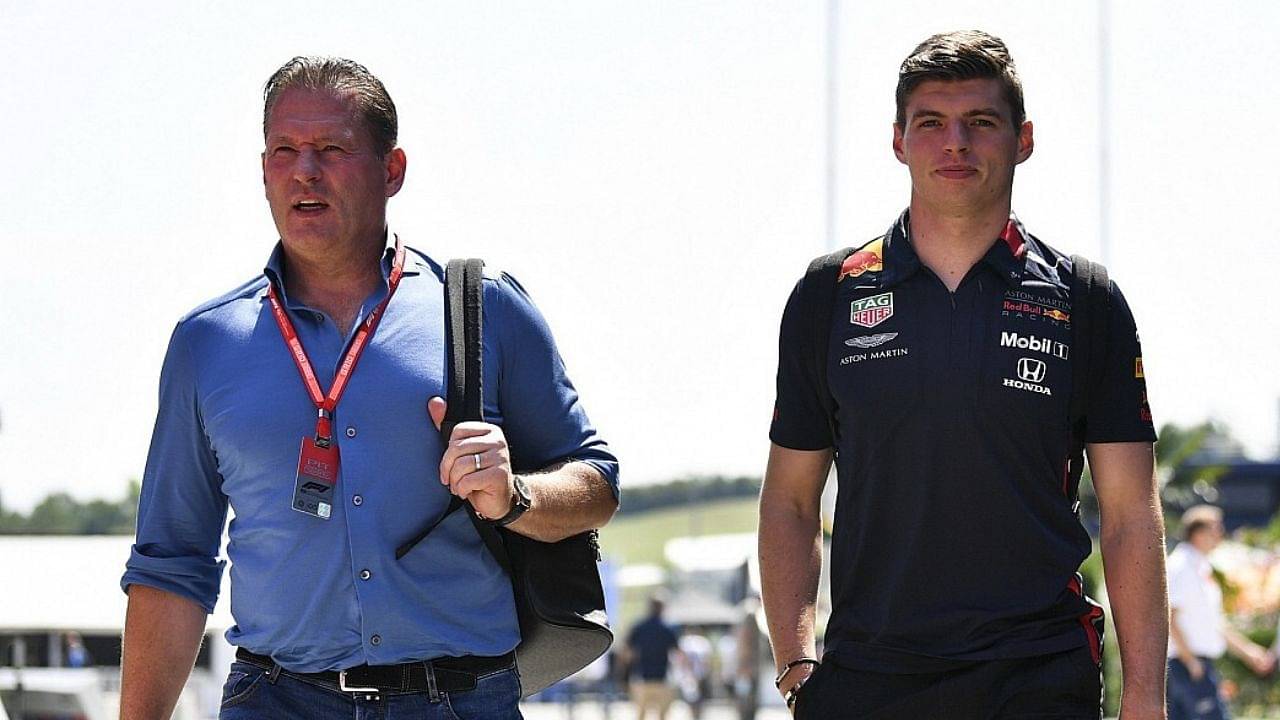 Max Verstappen watched Formula 1 races from an early age and his father couldn’t understand why he watched David Coulthard race.

Red Bull’s Max Verstappen is unquestionably one of the most talented drivers in the paddock and much of his accomplishments have come from his unwavering mental strength and fearless nature.

The Dutchman thanks his father Jos, a former F1 driver, for mentoring him to become such a strong personality and ultimately win his first drivers’ title in 2021.

Former F1 driver Coulthard stressed that it has been a long road for father and son to finally secure the long-awaited victory.

And SCENES on the pit wall!

To which, Jos recalled that 20 years ago Max drove a kart for the first time and began to develop a passion for racing. He said, “back when motorsport was on young Max’s table and he was definitely interested.”

“He[Max] knew everything, he watched F1, he even watched you[David] drive, I don’t understand why,” joked Jos.

Coulthard laughed and replied, “I’m glad you[Max] don’t do anything I used to do.

Max Verstappen is on his way to his second title

While Ferrari started strong and gave Red Bull stiff competition at the start of the 2022 season, they were quickly outclassed by the Milton-Keynes-based team.

Ferrari’s failure to clinch the league title can well be attributed to multiple reliability issues and strategy errors over the seasons.

But the Scuderia’s failure paved the way for the Dutchman to increase his lead in the championship points. The Dutchman could even win his second consecutive title at the next race in Singapore with five races to go.

Currently, the defending champion sits first in the standings with 335 points while his closest rival, Ferrari’s Charles Leclerc, is 116 points behind in second.

Ahead of the Singapore GP, Verstappen must edge Leclerc by 22 points, team-mate Sergio Perez by 13 and Mercedes’ George Russell by just six to claim the title at the Marina Bay street circuit.

Although this is the first crowning of the title for about 20 years, Verstappen needs a certain scenario for this to happen.

The Dutchman is expected to win the race under the lights of Singapore and would need a horrible weekend for the Ferrari combined with Perez finishing the race on the podium.

Whether or not this unlikely scenario will materialize at the Singapore GP this weekend remains to be seen.