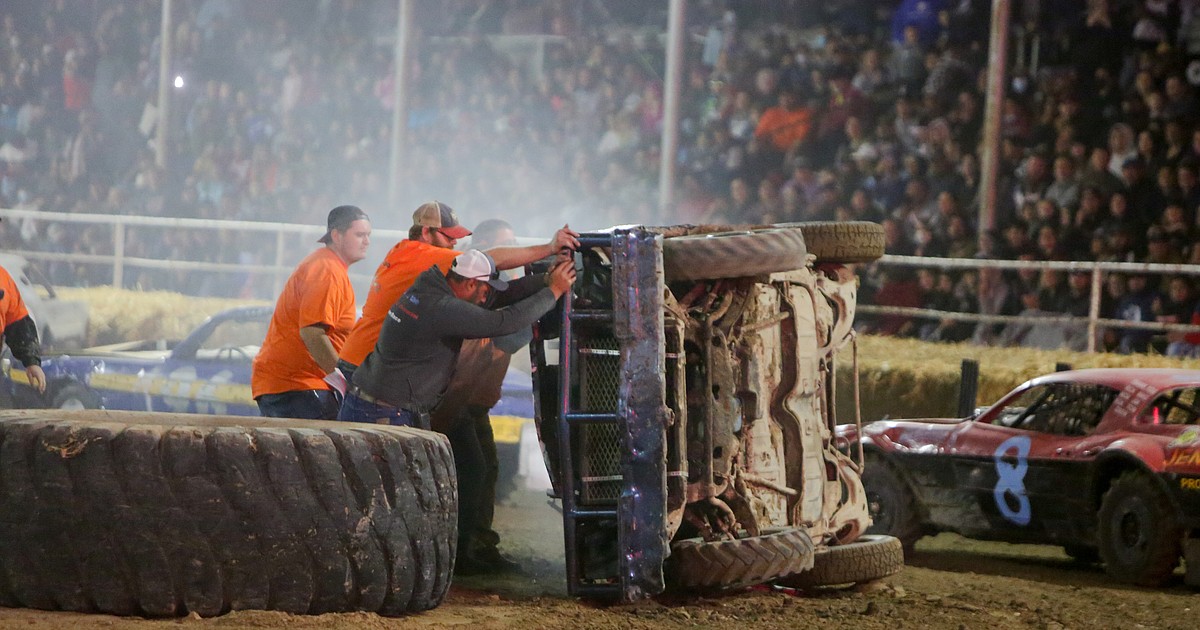 Adam Robertson helped organize and coordinate the demo event this month and said things went pretty well, after missing a chance to compete last year due to COVID-19.

“There were a lot more people than we thought, but everyone was really cooperative and understanding with our sitting position,” said Robertson. “We weren’t prepared for so many people.

Typically, he said the Othello demo event has around 85-90 drivers, but this year there were over 110 cars. Having an extra year to prepare, Robertson said he believes it will give him more time. But he said it seemed there was still not enough time.

Robertson said he had been to a handful of rodeos and derbies around Washington and Idaho this summer, seeing crowds packed everywhere he went. He said he had an idea that he might also have a sold-out crowd at Othello.

“We tried to put in additional bleachers, plan for additional parking and it still wasn’t enough,” said Robertson. “It was chaos, but the right kind of chaos. It was really refreshing to see a lot of people coming to support this local rodeo association.

Robertson said he believed many local people did not understand how a special event hosted by the Othello Rodeo Association was a PRCA sanctioned event. Much like a Seattle Seahawks game or a Mariners game, he said it’s professional athletes who come to compete in Othello.

Robertson said he really enjoyed participating in this event and supporting the local rodeo association.

Vawn Davis Jr. competed in the demonstration derby for the first time this year, starting and ending her very first qualifying race in first place.

Davis led every lap of his race and never even touched another car. He said the car he was participating in sat for a while, but with the help of his friend, brother and father, he was able to get the car ready for the start.

Miss Rodeo Othello 2020-21 Brianna Kin Kade helped kick off the ceremonies on Wednesday evening. Kin Kade was asked to resume her title of Miss Rodeo Othello for another year after missing her first reign as Queen due to COVID-19.

Finally getting to hit the arena in her hometown was pretty amazing, she said.

“I’ve traveled to so many different rodeos and seen people from our community go to these rodeos and it was great to see them, but this is my rodeo in my hometown,” said Kin Kade. “To be able to see all the familiar faces here, I’m so excited.”

Kin Kade said it was nice to get back to a busy schedule filled with rodeo events this summer.

“I don’t really like sitting at home doing nothing, so being able to do things that are not only fun but also mean a lot to the community means so much more,” she said.