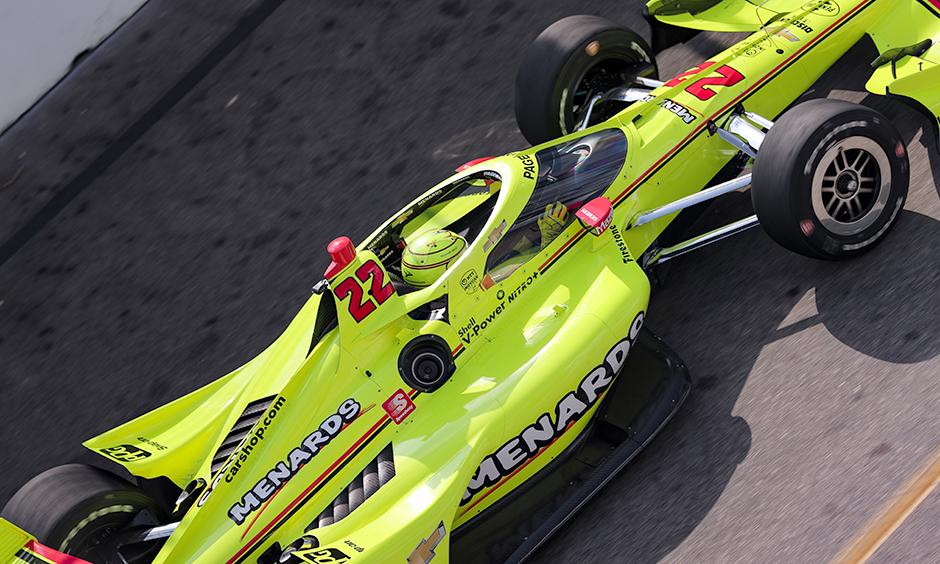 Andretti Autosport has announced three quarters of its driver lineup for the 2022 NTT INDYCAR SERIES season, Romain Grosjean replacing Ryan Hunter-Reay. Meyer Shank Racing has confirmed that Jack Harvey will be leaving the team after the Acura Grand Prix at Long Beach on Sunday and that Helio Castroneves will be one of his full-time drivers. Even Juncos Hollinger Racing has announced plans for next year: rookie Callum Ilott will drive his car.

Of course, there are more driver dominoes to drop in this ever-expanding paddock, but the future of one of the sport’s champions remains to be revealed.

What’s going on with Simon Pagenaud, whose seven-year race with Team Penske is believed to be coming to an end? Neither he nor Team Penske have said so at this point, and speculation has turned to him to join Castroneves in the program co-owned by Jim Meyer and Michael Shank.

Pagenaud joined the Penske team for the start of the 2015 season and won 11 of his 15 career races with the organization, including the 2019 Indianapolis 500 presented by Gainbridge and the 2016 race at Long Beach. The 37-year-old Frenchman won the series title in 2016, scoring five wins and eight poles, and finished second in the standings in 2017 and 2019.

It’s interesting to see how racing situations can change in a short period of time. In 2019, Pagenaud was thought to be without a contract for next season when he swept through May at Indianapolis Motor Speedway, winning the GMR Grand Prix and the â€œ500â€ in a magical 16-day period to become one. eight drivers to win Indy and a season title for Roger Penske.

Neither Pagenaud nor Team Penske have discussed what lies ahead, but he could be guaranteed to return if this year’s “500” had been another longer lap. Castroneves, who won the race for Meyer Shank Racing, could see Pagenaud charging in his mirrors, and he said Pagenaud was probably the one to beat if there had been another lap.

Instead, Pagenaud was third, five tenths of a second behind Castroneves and only a mustache behind Alex Palou. The 71 points Pagenaud earned over the weekend propelled him to fourth place in the standings, just 11 points from second place, but any idea of â€‹â€‹winning a second championship in the series evaporated over the course of the nine last races.

The drop to eighth place in the standings is due to an average of 14.0 from the “500”. In these races, Pagenaud did not finish higher than eighth. Saturday’s qualifying effort matched two other efforts this season: on the streets of St. Petersburg in the second race of the year and at the World Wide Technology Raceway in August.

Surprisingly, some of Pagenaud’s recent struggles have come from contact with his teammates. Will Power failed in an attempt to overtake on a tight corner last month at the Big Machine Music City Grand Prix in Nashville, and the couple made contact again two weeks ago at the Portland International Raceway. Pagenaud was penalized for avoidable contact in the latter, dropping him from 2nd to 21st.

To Pagenaud’s credit, he’s kept a low profile, insisting he’s under contract with Team Penske to drive the No. 22 Chevrolet Menards Team Penske.

Pagenaud was happy to earn a place in Saturday’s Firestone Fast Six, but he felt he should at least have been second behind teammate Josef Newgarden.

â€œI was on a (good) lap, so I pushed too much in the hairpin, and it was a bit too much for the car,â€ he said in an interview with NBCSN. â€œWe might have lost second there, but I tried.

“The objective was to aim for pole position, but Josef had a very good (lap). It’s great for the Penske team to be (first and fourth), and tomorrow we can race.”

Pagenaud claimed his most recent victory 24 races ago, in the first of two races at Iowa Speedway in 2020, so ending the season – and perhaps his time with the Penske team – in the way of the victory would be gratifying.

â€œ(Long Beach) is my favorite track so I took advantage of the weekend,â€ he said.

If Sunday is Pagenaud’s last race with Team Penske, it was a hell of a race.

Day 2 at the Judo Grand Prix in Croatia