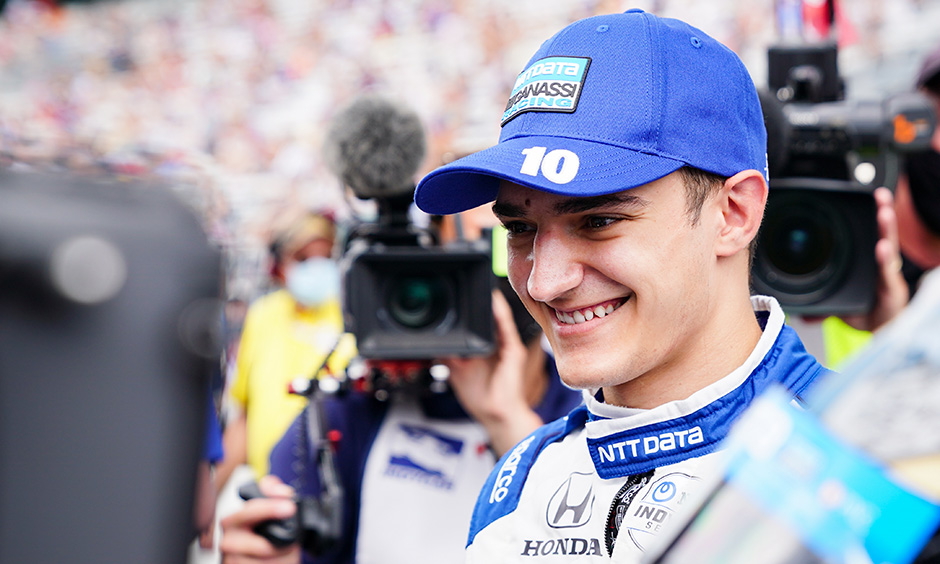 Two major pieces of the NTT INDYCAR SERIES Silly Season fell into place on Wednesday morning when Alex Palou announced he was staying with Chip Ganassi Racing in 2023 and Arrow McLaren SP revealed that Felix Rosenqvist would remain with the INDYCAR operation of the team next season.

The two announcements, made minutes apart, appeared to end a summer-long contract saga between CGR and McLaren Racing over Palou’s driving services next season, which also affected Rosenqvist’s future.

“I am delighted to announce that @CGRTeams and I have reached an agreement, and I will be back in the #10 car next season!” Palou tweeted Wednesday morning. “Looking forward to a BIG 2023!”

Both drivers will stay with their respective teams for a third season in 2023.

Palou, 25, from Spain, won the NTT INDYCAR SERIES championship in his first season with Ganassi in 2021 with three wins. He finished fifth in the standings in 2022, winning the season-ending Firestone Grand Prix of Monterey last Sunday in the #10 NTT DATA Chip Ganassi Racing Honda.

Rosenqvist, 30, of Sweden, finished eighth in the standings this season, with a best finish of third in Toronto and 10 top-10 finishes in the No. 7 Chevrolet Arrow McLaren SP. Pato O’Ward team and AMSP newcomer Alexander Rossi in 2023 as the team grows from two cars to three cars.

“There’s no better way to enter the offseason than with this news,” Rosenqvist said. “I love this team and I’m so happy to continue working with all the amazing people I’ve come to know over the past two seasons.

“With everything the team has in the pipeline, the ongoing relationship with Pato and the addition of Alex Rossi, we will bring our A-game for 2023. It will be the most exciting season for me so far. Let it be March already!”

Palou and Rosenqvist’s NTT INDYCAR SERIES future was upended on July 12 when CGR announced it was exercising its option with Palou to continue driving with the team in 2023, then, hours later, McLaren Racing announced that he had signed Palou for 2023 and beyond. .

These surreal double announcements followed a June 23 announcement from McLaren that it was retaining Rosenqvist for the 2023 season, but without a series announcement. McLaren features teams in Formula 1, NTT INDYCAR SERIES, Formula E and Extreme E.

Legal action ensued after Ganassi and McLaren’s apparent standoff over Palou, with both teams saying nothing publicly about the behind-the-scenes drama all summer. The move also threw Rosenqvist’s future into question, as many assumed McLaren would add Palou to the AMSP lineup for 2023 and move Rosenqvist to another series.

McLaren recently signed Oscar Piastri to join Lando Norris in its 2023 F1 lineup, closing that possible door on Palou. And Palou was coy but positive when asked by NBC Sports’ Kevin Lee about staying with Ganassi next season during his victory lane interview last Sunday at WeatherTech Raceway Laguna Seca, which led to growing speculation that he might stay with CGR.

“Thank you Chip (Ganassi), Mike (Hull) and the entire team for your willingness to work together and help support both the team and my personal goals through this process,” Palou tweeted Wednesday. morning.

Team Ganassi confirmed the signing with this statement: “Alex Palou will remain in the #10 car with Chip Ganassi Racing for the 2023 INDYCAR season. The agreement gives him the ability to test cars in separate racing series, provided it does not directly conflict with his INDYCAR commitments.As always, we will support Alex as he seeks a second series championship with the team.

Are Schumacher’s days in Formula 1 numbered?