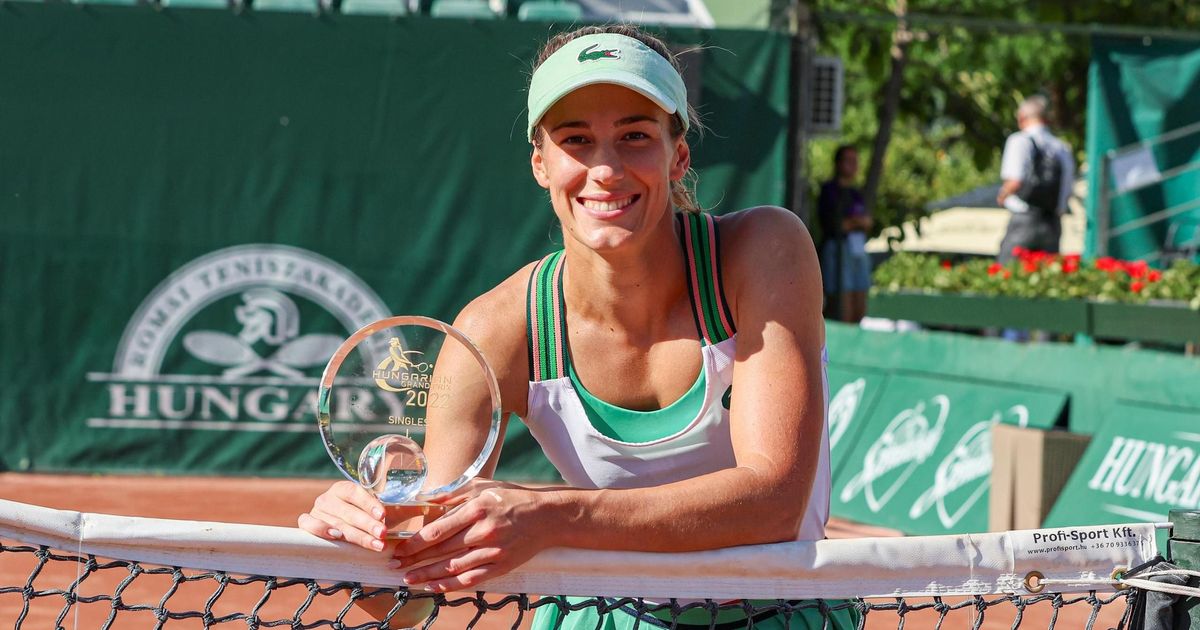 Pera defeats Krunic in Budapest to win his first title

Bernarda Pera waited a long time to reach her first tour-level final, but once she got there, the American went all the way to her first singles title on the Hologic WTA Tour. Pera beat Aleksandra Krunic of Serbia 6-3, 6-3 to claim the Hungarian Grand Prix title on Sunday.

“It’s still so overwhelming,” Pera said afterwards. “I’m still a bit shocked with how it turned out, but I felt I played good tennis and I’m so excited for the win.

“[Krunic] pushed me to play a great game. She’s a great player and she’s been feeling good, I think, last week as well. From the outside it looked easy, but from the inside it was not so easy. She hits fast too, so I had to be quick on my feet and take control of the points early. I was glad I could do that.”

By the numbers: Pera was 0-4 in the semi-finals at tour level prior to this event, but the 27-year-old finally made it into the final with a victory over Hungary’s No. 1 Anna Bondar on Saturday.

After backing that up with her championship win over Krunic, world No. 130 Pera becomes the third qualifier to win a tour-level title this season, joining Tatjana Maria (Bogota) and Anastasia Potapova (Istanbul).

“The start of the season was difficult for me with a small injury which prevented me from playing for two months,” said Pera. “So it’s been a tough year, not a lot of wins, but it’s turning so fast.”

Krunic hadn’t dropped a set going into Sunday’s final either, but Pera had beaten the Serb in their previous two encounters, and she extended her unbeaten record with another win in Budapest.

Match moments: Pera started strong, winning the first eight points of the match, then fended off four break points in a 4-1 hold. Behind powerful left-handed forehands, Pera remained in control, erasing another break point at 5-3 before converting his fifth set point of the game.

After trailing 3-2 in the second set, Krunic rallied for her first serve break of the day, leveling the set at 3-3. However, strong comebacks helped Pera reclaim her advantage in the very next game, and the American qualifier fought her way to the title from there.

Pera finished with 21 winners to Krunic’s 18, while Krunic was defeated by 37 unforced errors. Pera was particularly strong returning Krunic’s second serve, winning 60% of those points. Pera converted four of his 10 break points, while Krunic was 1 for 6 in that department.

Doubles Champion: The all-Georgian duo of Ekaterine Gorgodze and Oksana Kalashnikova won the Hungarian Grand Prix doubles title on Sunday, when the No. 4 seeds outlasted Katarzyna Piter and Kimberley Zimmermann 1-6, 6-4 , [10-6] in 1h19.

In only their third WTA event as a duo, Gorgodze and Kalashnikova withstood five aces from their opponents and successfully came back from a set down, winning six of the last seven points in the match tie-break.

Prize money payout, standings and how much each golfer won