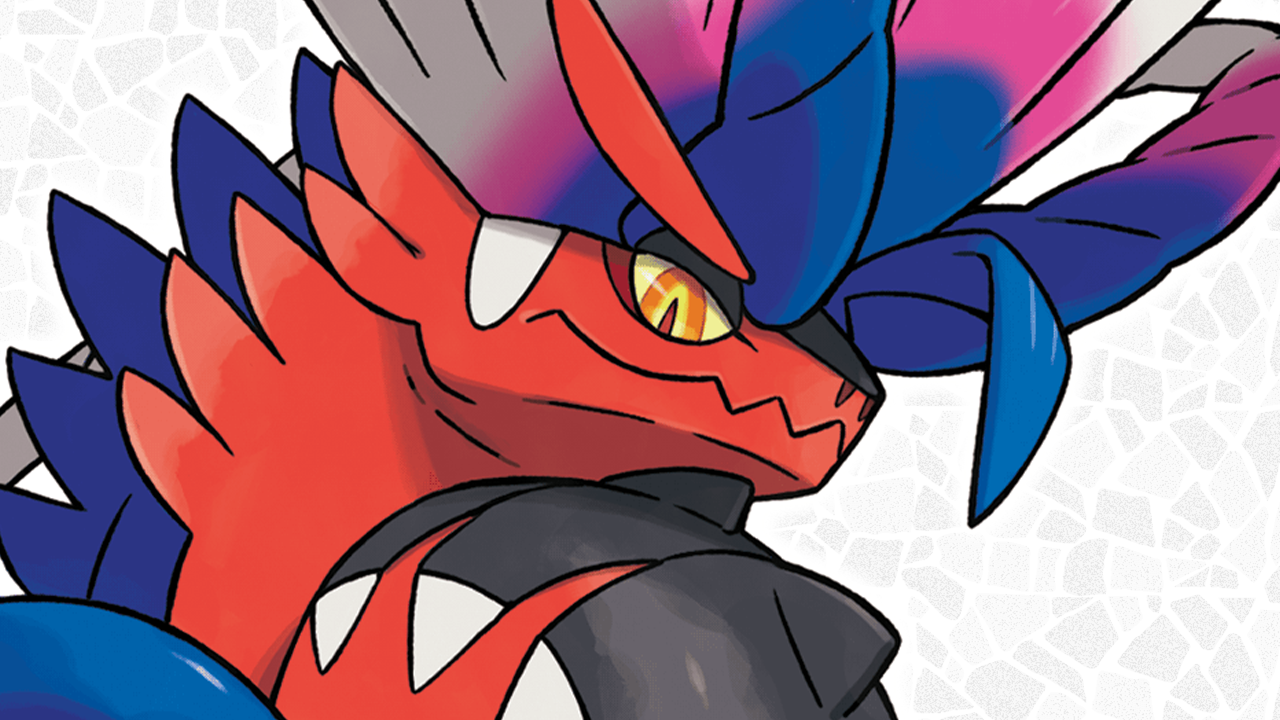 Pokemon Scarlet and Violet’s second trailer revealed some new Pokemon, places, and people – but most notably hints at a potential gym theme. What if Pokemon Scarlet and Violet’s Gyms were Formula 1 themed? There’s a chance it could be MotoGP instead, but given the heavy vehicle theme we’re seeing between the new Legendary Pokémon and other elements, one theme or the other seems likely.

Game Freak isn’t shy about dropping hints about upcoming announcements in its trailers. The first trailer, for example, featured four Nintendo Switches on a single table that now serves as a nod to four-player co-op. Below is our analysis of several screenshots from the first trailer and the second that lead us to believe that Pokemon Scarlet and Violet feature one of the popular motorsports in Spain. And, come on, legendary Pokemon literally have wheels sticking out of their chests.

The Scarlet and Violet region is heavily influenced by Spain, much like the other Pokemon regions are based on actual locations. Although the most popular sport in Spain is football (soccer), motor sports are also important. According Official website for tourism in Spain, “Spain has hosted a Formula 1 Grand Prix World Championship without interruption since 1986.” The New York Times also reported in 2012 that “Spain is truly a leading nation in motorsport, as it hosts the two Formula One races, four international motorcycle races and one world championship rally per year”. Game Freak seems determined to keep shaking up its Gym league formula since Pokemon Sun and Moon, so using a theme that’s never been done before makes the most sense.

At first glance, only Miraidon, the Legendary Pokemon Scarlet box, seems tech-bound. In the second trailer, Miraidon’s jet engine legs can be clearly seen in action and his eyes scanned. Its mouth, which might look like scales, actually looks like carbon fiber on closer inspection. Of course, jets are primarily made from carbon fiber, but so are Formula 1 cars, due to their superior strength, durability, heat resistance and incredible lightness. According motorsport.com, the use of carbon fiber for F1 cars was a new development in 1981 with the launch of the McLaren MP4/1. Before, F1 cars were made with pretty much the same materials as normal cars. Although it is obvious that F1 cars in our world have wheels like average cars, Miraidon here has evolved beyond their need.

Not Koraidon, however. Scarlet’s legendary box looks completely naturalistic, except for, well, the tire sticking out of her chest. Although not functional in its current state, it is not uncommon for Pokemon to have different forms, even wildly. Maybe Koraidon and Miraidon will gain new forms that will make them… flyable. Mountable? To speculate further, we believe that Koraidon could transform into an aquatic “vehicle” due to his webbed hands and feet, and Miraidon into some kind of aerial “vehicle”. They could also just be design patterns. Either way, these are vehicle-related grounds.

A new type of Pokemon Center

These structures appear to replace traditional Pokemon Centers, but they have a fully accessible, all-outdoor design with an outdoor seating area.

They even spawn with this design inside cities (shown below), but when seen out in the open, they still have sidewalk around them. They look like “gas stations” and could serve as a “pit stop” for tired trainers and their Pokémon.

The attendants aren’t too clear, but each seems to feature at least two people, one of whom appears to be Nurse Joy with a cap over her pink hair. There are three separate banners under the counter: blue, red, and green. The blue could represent Poke Mart items, the red the Pokemon Center, and the green could be miscellaneous items. Above the service counter is a wrap-around screen with advertisements for a variety of things, from travel to shoes and…even tires.

A region with… advertisements for tires?

It’s a little hard to figure out, but behind our friend, Nemona, is an ad on the other side of one of the Pokemon Center pit stops. Zoom in on that same commercial behind his Pawmi to get a wider view. It appears to be an advertisement for a specific brand or type of tire, with a black and yellow tread pattern behind the main text.

Perhaps the Qwilfish mascot alludes to the tire’s added grip in rough terrain.

If Game Freak follows a similar framework as Pokemon Sword and Shield, chances are this proposed F1 theme will be prominently featured in Scarlet and Violet’s Gyms. In this photo of a large walled city, the modern structure encircled in the hills stands out not only for its design, but also for its location. F1 races require a ton of space. What better place to have an extra-large gym than in the hills right next to town? The screenshot perfectly hides what lies beyond the tallest part of the building. The building itself appears to be small for a gymnasium, but its size could make sense if the structure we see houses the stands that overlook the gymnasium track.

Even though Scarlet and Violet Gyms only offer F1 in the theme without actual racing, we are still left with one big question: why does this region require so much space for Pokemon battles? Sword and Shield’s Gigantamax used the height of football stadiums, but what mechanism will use the space and implicit speed of F1? There is a chance that this theme can be used for aesthetics only.

Crossed flags are an iconic symbol of racing. These are shown in the second trailer in conjunction with what appear to be other landmarks, possibly marking gym locations or other points of interest.

The second trailer also included a reveal of the “full” logo design for Pokemon Scarlet and Violet. The text logos both have prominent borders with a profile of their respective Legendary Pokemon and four mystery symbols. These logos, interestingly, look like ornate license plates. Note that the details of the plates (the quarter wheels at the top right and left and even the border pattern) also mimic the design of the legendary Pokémon. Although F1 cars don’t have number plates, it stays true to the car theme.

This theme might be totally irrelevant, but why else would Pokemon Centers suddenly look like gas stations? Be sure to let us know your Pokemon Scarlet and Violet theories below. For confirmed Pokemon info, head over to our confirmation List of Pokemon in Scarlet and Violet and their version differences, including the exclusive teachers version.

Casey DeFreitas is an editor on the Guides team at IGN. Catch her on Twitter @ShinyCaseyD.

Miranda Sanchez is the Guides Editor at IGN. She is a big fan of stationery and fountain pens. You can sometimes find it on Twitter.

Hamilton: Hoping Silverstone has the car where we need it