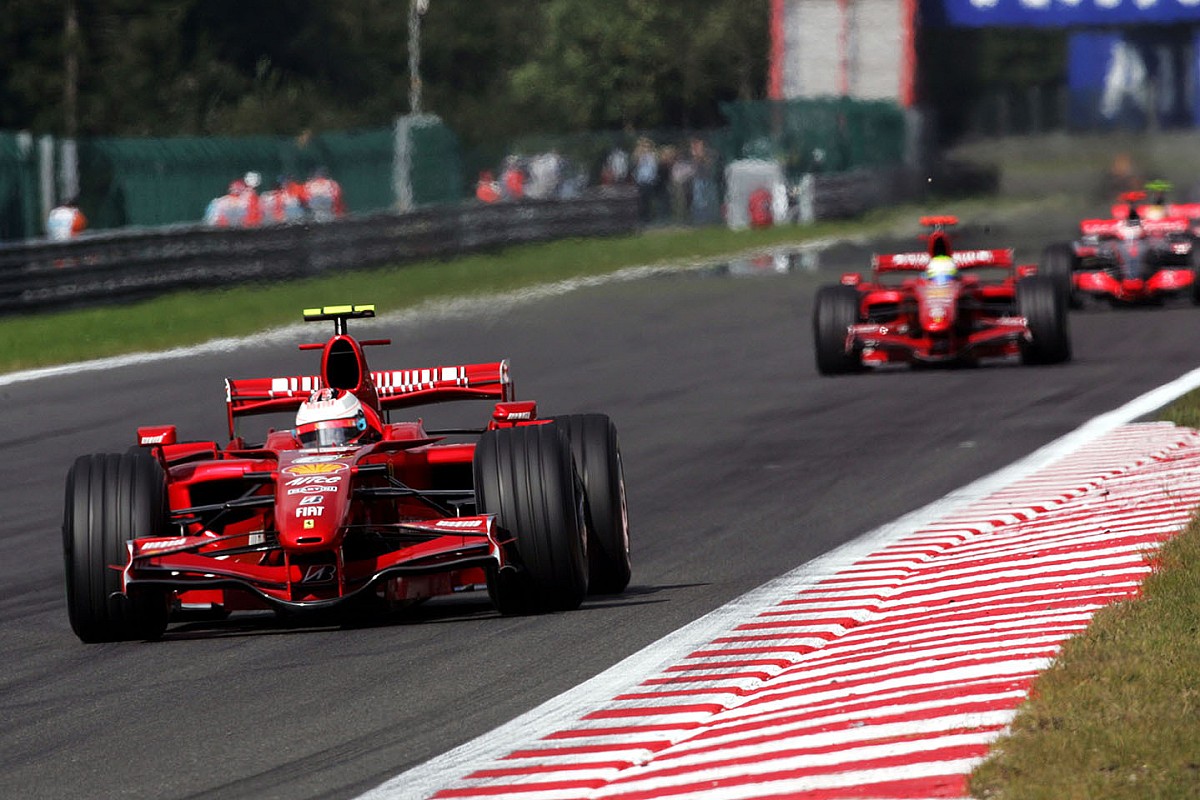 Proof of 2007 comeback, Ferrari still has a shot at winning the F1 title

Red Bull driver Max Verstappen is 80 points clear at the top of the drivers’ standings ahead of this weekend’s Belgian Grand Prix after winning eight of 13 races before the summer break.

Ferrari’s Charles Leclerc lost ground to Verstappen due to reliability issues which saw him retire while leading in Spain and Azerbaijan, as well as losing the lead in France.

The split at the top of the championship offers a different proposition to 2021, when Verstappen clinched the title by overtaking Lewis Hamilton on the final lap of the season’s final race in Abu Dhabi.

Domenicali said it would be “fantastic” from a commercial point of view for F1 “to arrive on the last lap of the last race” with the title up for grabs, but “with a less divisive point” given the controversy surrounding Verstappen’s victory.

Although he acknowledged the 80-point gap was “a lot” for Leclerc and Ferrari to close, Domenicali reflected on Raikkonen’s title win in 2007, where a 17-point deficit was overturned with 20 available for beat McLaren drivers Lewis Hamilton and Fernando Alonso. On title.

“From my previous experience, you should never say never,” said Domenicali, having served as Ferrari’s sporting director when Raikkonen won the championship.

“Because remember in 2007, two races from the end, we were behind by 17 points, and Kimi was able to win the championship in Brazil. Nobody expected that.

“I know it’s a big number, but I don’t see why Ferrari shouldn’t be back in the fight with Red Bull.

“Red Bull are a very strong team, Mercedes will grow, but really, the only thing I can say, because of my position, is that they shouldn’t give up at all until the last moment.”

Domenicali was confident the second half of the F1 season would feature “lots of surprises” which he hoped would delight fans who have sold out the remaining races this year.

“Errors, reliability, weather conditions, who knows? The only thing that matters, and I’m sure they will, [Ferrari] have to stay focused,” said Domenicali.

“From Belgium until the end, all the grand prix are sold out, so many people have already booked the tickets to come. So Belgium, every day there will be more than 120,000 people. Zandvoort, you can imagine the same Monza, more than 250,000 tickets sold Singapore, sold out.

“It’s really something that’s already booked. So hopefully we’ll have a great race and a great second half of the season.”