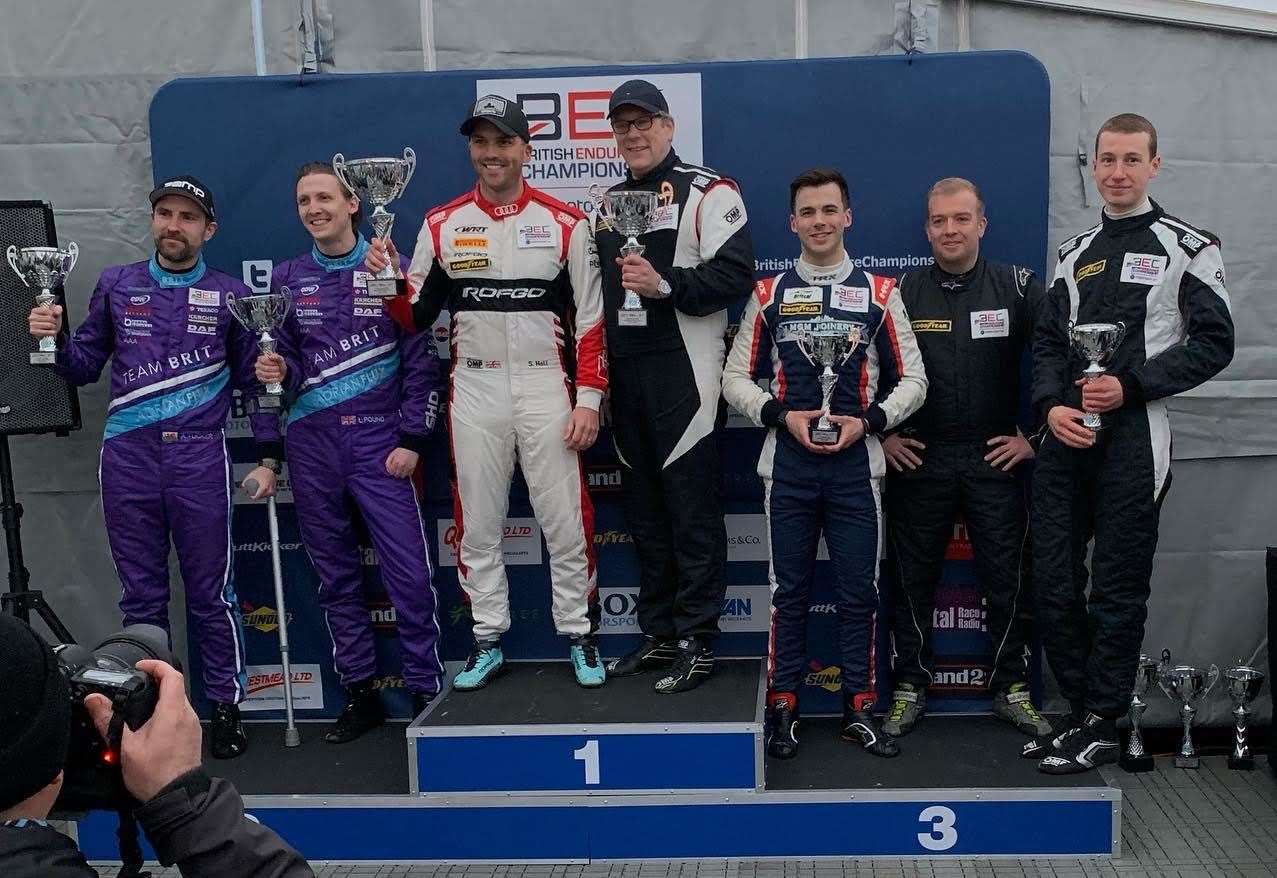 Qualified as one of 12 drivers to qualify for the final held at Brands Hatch circuit in January, he was then chosen to be one of three drivers to participate in a shootout that day for the award, where he narrowly missed out on first place as a finalist.

Initial plans were in place for Macpherson to drive the Team Hard VW Golf Cup car in the Britcar Trophy Championship, but a last-minute call in the Team Hard Ginetta GT4 on the eve of the first three-hour endurance race at Silverstone resulted in Macpherson qualifying fifth in the GT4 class and 28th overall on the grid.

The team elected to have Macpherson start and drive the first one-hour stint of the race. Three fabulous opening laps saw him through the field of more powerful GT3 machines to 10th place.

He had moved up to second place in the GT4 class before stopping and handing the car over to his teammates.

A fantastic performance by the team over the remaining two hours resulted in a third place on the podium for Team Hard’s first foray into the British GT Endurance Championship.

Macpherson will return for the next round of the Championships at Oulton Park Circuit in Cheshire on April 2.

He said: “Having been extremely disappointed at first to have come so close to winning the GT4 Supercup purse, then it was fantastic to be chosen by Team Hard for their Driver Academy and to be chosen to drive their car. VW Golf Cup in the Britcar Championship Trophy.

“I was on my way to Silverstone when I got the call telling me I had been promoted so I was in their Ginetta GT4 car for the inaugural British GT Endurance Championship race at Silverstone.

“I was delighted to put in such a good performance in the car and help Team Hard to their first silverware of 2022 and their first podium in British GT Endurance.

Do you want to react to this article ? If yes, click here to submit your thoughts and they may be published in print.

The price of life