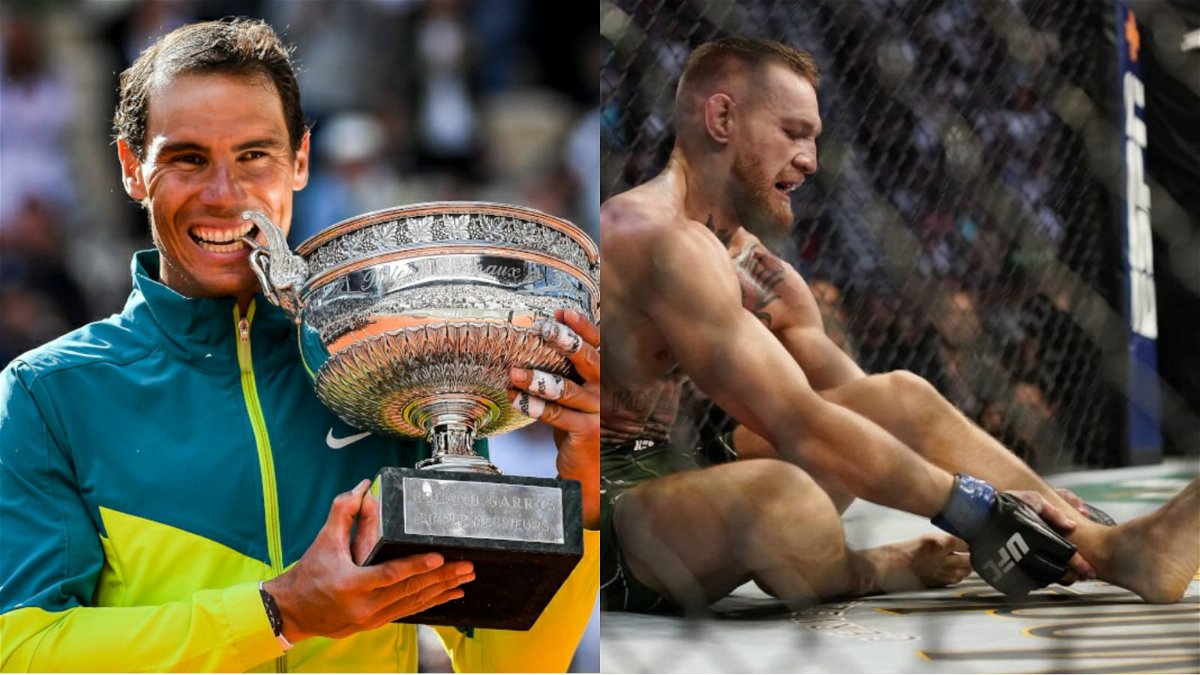 Conor McGregor and Rafael Nadal are among the biggest and most successful names in sports. Although the two belong to very different sports, there are many similarities between them.

Both Conor McGregor and Rafael Nadal have earned a fortune throughout their careers. Moreover, they are considered one of the greatest athletes of all time in their respective sports.

Nadal has won countless tournaments in his career and also conquered some of the best in the game. Similarly, McGregor has also defeated some notable names inside the octagon and holds some incredible records in the sport.

WATCH THIS STORY: The staggering price of Conor McGregor’s outfit he donned during the star-studded Monaco F1 race

However, considering their similarities, there are some differences between the two. Differences in their income.

The “King of Clay” recently won his 14th French Open and 22nd Grand Slam by beating Casper Ruud at Stade Roland Garros. Nadal, 35, became the oldest tennis champion to win the tournament. According to reports, with this remarkable victory, the Spaniard pocketed a lucrative sum of over $2.3 million.

However, the amount Nadal won is not even 15% of what McGregor earned in his last defeat. At UFC 264, “The Notorious” suffered a horrific injury that ended his blockbuster trilogy fight against rival Dustin Poirier in 2021.

Although the Irishman lost the fight by knockout, he earned a total of over $23 million in the bout. The event sold a total of 1.8 million PPVs and McGregor made $18 million from it. Meanwhile, $5 million was his base salary for the fight, plus an $11,000 sponsorship amount.

But ‘The Notorious’ is still behind Nadal in terms of net worth. According to Celebritynetworth, the UFC star is worth $200 million. On the other hand, the Spanish professional tennis player has a net worth of $220 million.

However, unlike “King of Clay”, former two-weight UFC champion McGregor is currently inactive in the sport following his injury. But he has recovered now and could be back in action soon.