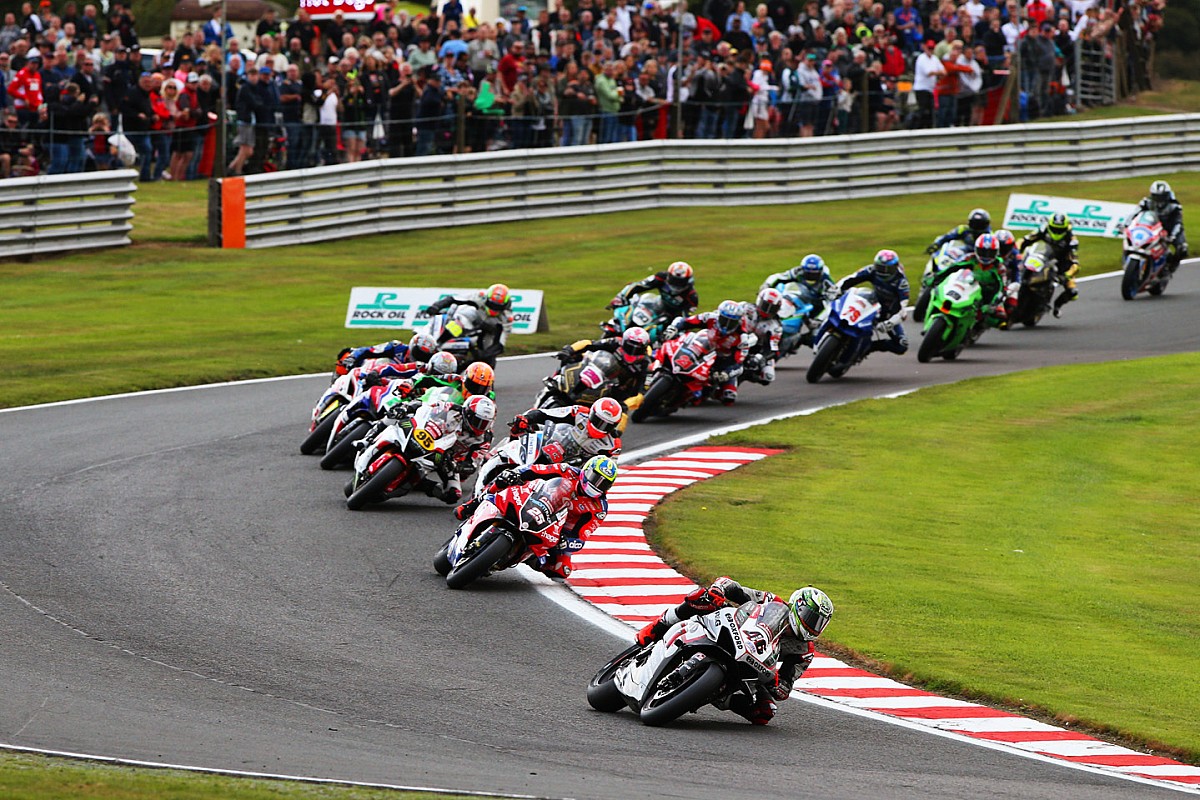 For the latest #ThinkingForward interview with the sport’s leaders, we spoke to BSB supremo Stuart Higgs on the eve of the new season, looking at what fans are looking for from motorsport post-pandemic and why superbike racing retains its visceral appeal .

“TV gives you dimension, but there’s no substitute for standing with the chicken wire pressed against your chest as you watch someone rush around a 160 mph corner, the front wheel dancing, the rear wheel fighting for grip, the rider fighting the bars. This spectacle is what keeps people going,” muses Stuart Higgs as he reflects on the enduring appeal of British Superbike racing, one of largest national motorcycle series in the world.This year BSB has a record entry of 33 bikes or 11 rows on the grid and the narrative of the season is ‘clash of champions’, with reigning champion Tarran Mackenzie, against two-time champion Josh Brookes and returning 2018 champion Leon Haslam.Former superbike world champion Tom Sykes is also in the field which starts the Easter weekend at Silverstone.

BSB is all about relatable young riders aspiring to hit the big time, mixing it up with established heroes. It’s still unpredictable until the last weekend and for that reason it enjoyed strong popularity, promoted on British circuits by Jonathan Palmer’s MSV venture. What has changed, especially since the pandemic, is that fans desperate for experiences are increasingly treating BSB tours as mini-festivals, happening over the weekend, rather than a visit from a daytime. It’s not on the level of the crowded campsites of Silverstone for the Formula 1 British Grand Prix, but it does feel a bit like the same feeling.

Walk through the pits at Silverstone.

“It used to be just one person coming for a day, now it’s become a family festival type event,” says Higgs. “We now have more than 5,000 people on site. And this kind of festival makes it feel like a nice way to live. And as travel outside the UK is still going to be a bit tricky, I think people are happy to spend their free time in the UK; it is very sociable, good value for money and they see the spectacle of the beautiful sport.

“I think (the key is) accessibility. It’s a nice balance. In some other motorsports there’s a huge gap between fans and competitors; access is kept at a very premium level. But we’ve tried to find that balance between a good level of racing and an appropriate level of access that makes it a good value proposition. It’s top-level motorsport with a large audience. And there’s a sense of prestige, it’s a brilliant sight.

If it ain’t broke, don’t fix it, but sport has to adapt to changing times. There are no riders at BSB this year, but there have been a few in the past and with pioneering BSB women’s team owner Faye Ho actively promoting young riders in the junior categories , it is a priority and surely it will not be long. before a rider competes in front of BSB. Furthermore, Higgs and his team have their eyes on two main concerns for the future.

“On the sports side, we’re basically a production spin-off series,” he says. “So the hardware used in the championship is dictated by manufacturer trends, so we have to be reactive to technological developments downstream. Obviously, energies and power consumption are a massive consideration. Symbolism is to avoid because it has a huge cost. If it’s the wrong way it’s very expensive. If the last two years have proven anything, it’s that you always have to be ready for the unexpected and the series withstood two years of incredible upheaval.

“Then, from the audience’s point of view, there are a lot of distractions now; everyone is competing for people’s spending on Saturdays and Sundays, whether it’s retail destinations, theme parks, short-haul flights, gaming and esports. There is a purity in what we offer; an outdoor speed show that provides a return of entertainment for a wide audience, from children to adults. This is what we must continue to cultivate, making it more accessible. “Real people doing real sport.” I think that’s still the biggest USP of what we offer.

Transmission Gully is open, but is it faster? Three journalists in a race along the coast towards the capital