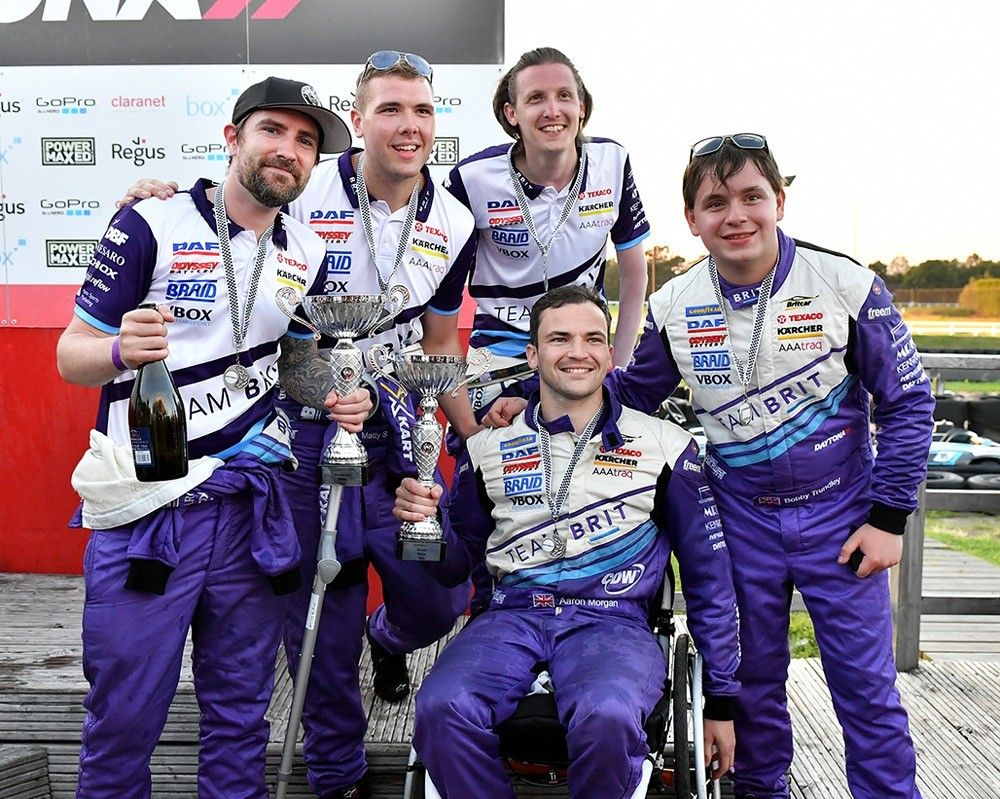 Matty is a driver for the BRIT Disabled People’s Team, which on Tuesday July 13th took second place in the Halow Project’s Damon Hill Kart Challenge.

The BRIT team aims to be the first fully disabled team to participate in the 24 Hours of Le Mans and supports people with physical and psychological issues through its racing academy.

Matty joined BRIT team drivers Bobby Trundley, Aaron Morgan, Andy Tucker and Luke Pound, lining up against a host of other teams, who took to the Sandown Park grid in Esher to support the association community charity.

The Halow project supports young people aged 16 and over with learning disabilities on their journey to adulthood.

It helps give young people the chance to enjoy an active social life, make new friends and continue their education and vocational training.

Former F1 superstar Damon Hill, who is a supporter of the BRIT team, is also a patron of the association. Each year, a karting challenge, led by Damon, is organized to raise essential funds.

It was during a Halow kart race in 2018 that the BRIT team first discovered current GT4 team driver Bobby Trundley competing in the event.

Bobby was racing alongside former BRIT team rider Warren McKinlay, who immediately recognized his incredible talent and introduced him to the team.

The team started with high expectations and qualified in a superb P4. The race then started with Bobby in the first lap, followed by Luke, Andy, Aaron and then Matty.

A fierce battle ensued with the squad that was ranked P1 by Graves Motorsport, a team that included BRIT Drivers’ Team Coach, Max Coates.

Throughout the day, the drivers spent time with Damon, as well as Johnny Herbert, F1 legend and team supporter, and Charles Graham, CEO of Daytona Motorsport.

Matty said: “What a fantastic day and a great way to spread awareness about Project Halow and the incredible work they do with young people.

“It was great to see my Team BRIT teammates competing in my usual place of work – a kart track!

“We knew we would be able to present some serious competition and it was amazing to race against F1 legends.

“Finishing on the podium just crowned the day – a big thank you to the organizers for inviting us to participate.”

To learn more about the association and to donate, visit the Halow Project website.

Information on the BRIT team is available at www.teambrit.co.uk.

Formula 1 partners with PokerStars in deal brokered by ISG