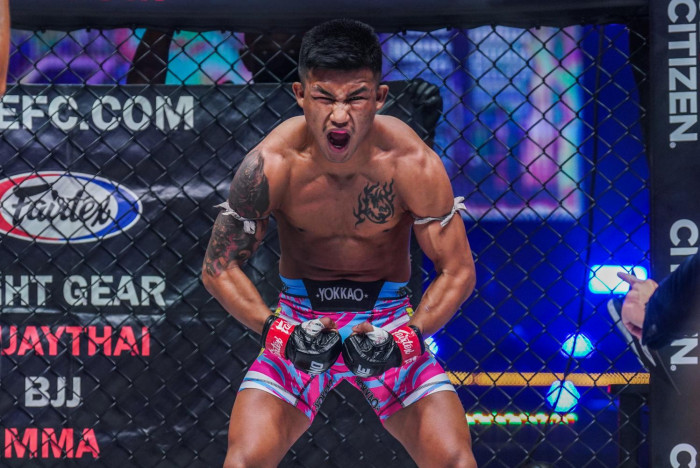 After taking part in a special rules show against Demetrious “Mighty Mouse” Johnson at One X in March, Rodtang “The Iron Man” Jitmuangnon will return to Muay Thai action at One 157: Petchmorakot against Vienot at the Singapore Indoor Stadium tomorrow.

“The Iron Man” will welcome Jacob Smith to Circle One as part of the Muay Thai World Flyweight Grand Prix Quarterfinals.

Rodtang is the reigning king of One’s flyweight Muay Thai division. He will face seven of the best forwards in the weight class for the tournament silver belt.

Despite his perfect 10-0 record in One’s striking disciplines, victory is not guaranteed for the 24-year-old sensation.

He faces a British Muay Thai champion in Smith in his opening bout and could come up against Jonathan “The General” Haggerty and Japanese super-bantamweight shootboxing champion Taiki “Silent Sniper” Naito in a later match. round.

Regardless of how the Grand Prix goes for Rodtang, he plans to switch to mixed martial arts after its conclusion.

“I didn’t want to wait because I still have my Muay Thai skills and I still want to fight. That’s why I chose to join the World Grand Prix,” Rodtang said.

“But my goal is to join MMA. My plan is to finish that and then fully join MMA.”

The Jitmuangnon representative got a taste for the global sport when he took on MMA great Johnson in his last appearance in the circle.

The two superstars squared off in a mixed-rules superfight at One, One X’s 10th anniversary event.

The single bout was scheduled for four rounds, with Muay Thai rules implemented in the first and third and MMA rules used in the second and fourth.

Rodtang showed off his renowned punching skills in the first frame, then entered MMA for the second round, where he was submitted by the “Mighty Mouse” after the legend hobbled himself in a rear-end choke.

Despite the loss, the experience did not deter Rodtang from continuing his pursuit of success in mixed martial arts.

“Hopefully I will fight again and not give up on MMA. I feel so sad for this fight but I will train and come back to fight even stronger,” Rodtang wrote on Instagram.

Watch One 157: Petchmorakot vs Vienot live on AIS Play starting at 3:30 p.m. tomorrow.