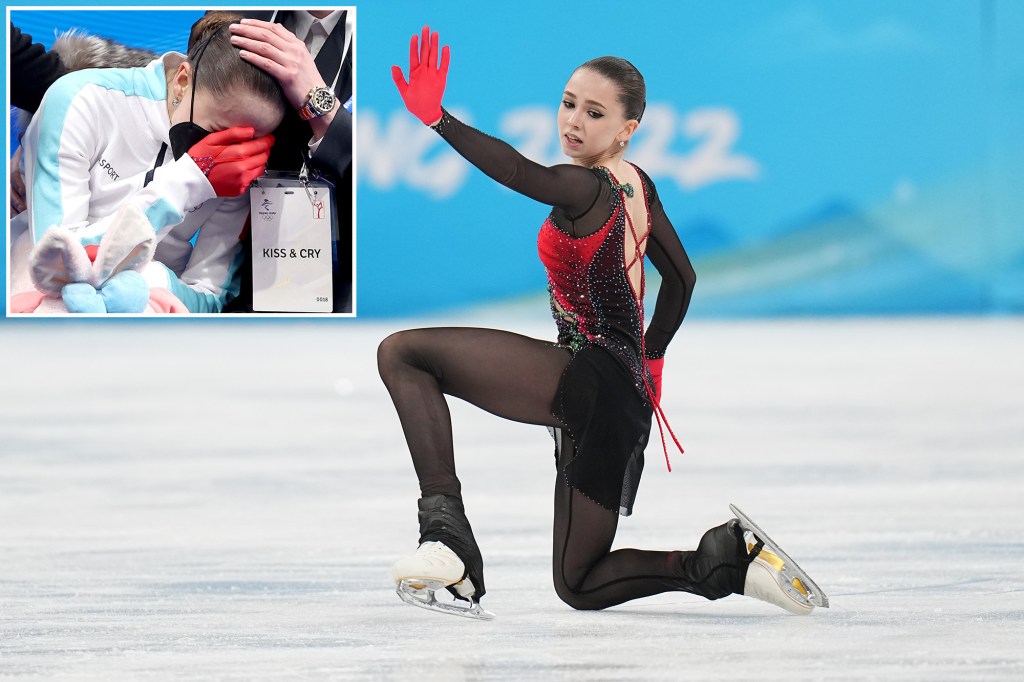 Kamila Valieva is barred from the world figure skating championships after the sport’s governing body banned competitors from Russia and Belarus following the invasion of Ukraine.

Valieva, along with Anna Scherbakova and Alexandra Trusova, will miss the competition in Montpellier, France, not because of performance-enhancing drugs, but because of their country’s unprovoked military action. Valileva was at the center of controversy at the Beijing Olympics after it emerged she had tested positive for a banned heart drug on December 25. Russia won the team competition and Valieva was allowed to compete in the individual competition after an appeal, but finished fourth after a disastrous free skate, with Scherbakova taking gold.

The medals for the team competition have not yet been awarded and the image of Valieva falling during her individual program is one of the most memorable moments of the Beijing games.

The figure skating championships, which begin March 21, also ban three Russian skating teams that have placed in their individual Olympic events. Other international sports bodies, including FIFA and the IIHF, have also banned Russian teams from competing.

In men’s tennis, world No. 1 Daniil Medvedev and No. 7 Andrey Rublev will be allowed to compete but without the Russian flag. Russia is also banned from the Davis Cup.

The governing federations of basketball, skiing, volleyball, canoeing, badminton and triathlon have all decided to exclude Russian athletes or teams from their events. In motorsport, the FIA ​​said Russian drivers such as Nikita Mazepin de Haas could still compete, but Mazepin was barred from the British Grand Prix.