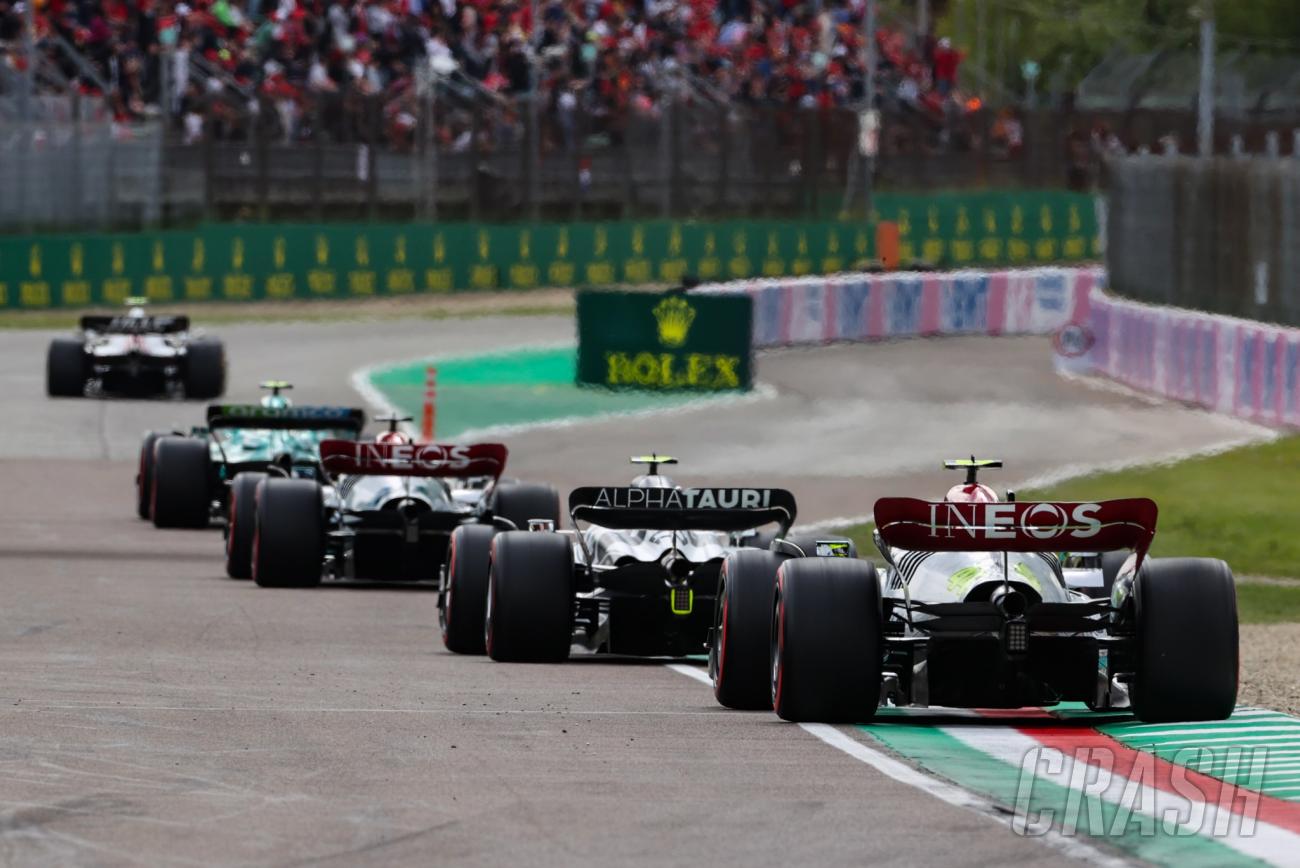 The format sees qualifying moved to Friday instead of practice in the afternoon, while a shorter 100km sprint race takes place on Saturday, with the result determining the grid for Sunday’s grand prix.

The format will take place over three grands prix this season (Imola, Austria and Brazil), but there are plans to double it to six race weekends for 2023.

With the sprint being used to determine the grand prix grid, there is an argument that the drivers don’t take as many risks and thus reduce the spectacle for the fans.

In the latest episode of Crash.net F1 podcast, Brundle explained why making the sprint a stand-alone event would improve the show.

“The drivers are asking for these events to be more self-contained rather than actually setting the grid for Sunday’s Grand Prix and that’s a very interesting concept,” Brundle said. “What we end up with then is more of an F2 event. They clearly like the concept, they want to race.

“From a driver’s perspective and I think we’ve seen it in this battle at the front of the pack, drivers have to drive with Sunday’s race in mind and it can’t be so nice to inside the cockpit wanting to move, wanting to charge, wanting to defend hard and show the Tifosi what you’re capable of if you’re Charles Leclerc in the Ferrari but always knowing that if you overtake, you have a long grand prix on Sunday to get there think starting from the back of the pack.

Legendary F1 commentator Ben Edwards believes F1 will be under pressure to introduce further sprint weekends because of the likely advantages they would have on television viewing figures.

“It could be an interesting option to go down that road and separating the two pieces could work really well,” Edwards added. “The problem is I just imagine the TV viewing numbers are going to go up with people watching both Saturday and Sunday because they’re watching the races over two days and that’s going to put the pressure on F1 to continue this kind of thing rather than back down, even if some teams will be against it.

“That’s going to be an ongoing discussion going forward.”

Does sprint racing harm the GP?

A rain-hit qualifying at Imola on Friday left Sergio Perez and Carlos Sainz out of grid position.

Saturday’s sprint saw the duo smash their way through the peloton, giving us some great wheel-to-wheel action.

Similarly, Charles Leclerc’s strong start from second on the grid gave him the lead into Turn 1.

Leclerc and Max Verstappen fought for the sprint race victory with the reigning F1 champion in the lead.

Edwards wondered if having a sprint race made a grand prix less dramatic.

“Well, of course, actually the sprint race was more entertaining in some ways than the grand prix because people were progressing, Edwards explained. had Friday afternoon like we did, kinda predictable and a few people out of position, notably Carlos, Sergio.

“So that made the sprint race quite exciting because those guys had to fight their way through and we fought for the lead. The problem was that everyone was in position and so we didn’t end up with the same battle that we might have had in the Grand Prix at the start. Mind you, of course we had dramas, we lost Sainz, we lost Ricciardo in the Grand Prix itself and I think that was a bit depressing.

“There are a lot of positives in organizing a sprint race, but there are also negatives. We lost, I think, a bit in the Grand Prix itself in terms of excitement.

Download and listen to Episode 7 now at the following links…