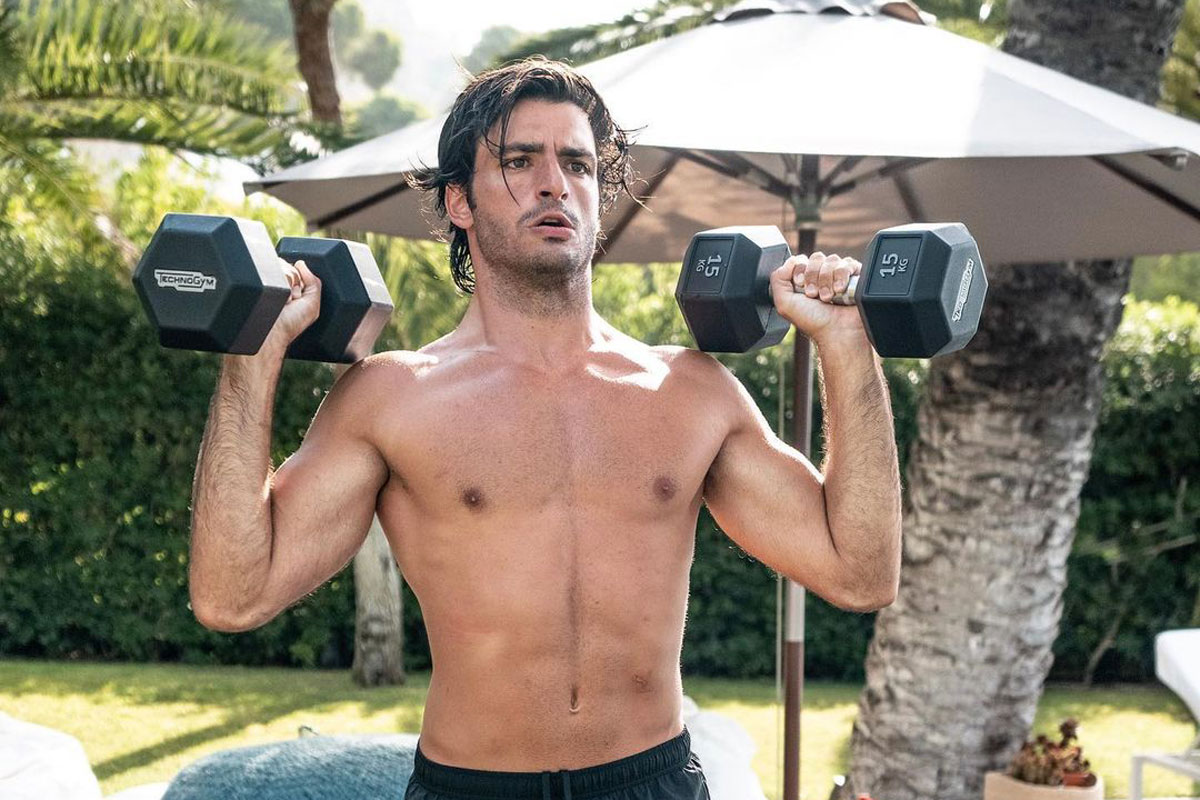 Formula 1 drivers rarely have a day off. Apart from the Christmas break, they must remain fully dedicated to the task at hand throughout the year. While they can also take a few weeks off during the summer vacation to recharge their batteries, they still can’t afford to let go. As we saw last year, Lewis Hamilton spent much of his offseason in the gym transforming his physique.

This is because Formula 1 drivers undergo significant G-force in every race, losing pounds of sweat in the process, and therefore need to stay in shape both physically and mentally. One of the last drivers to show his support for the cause is Carlos Sainz. The Spanish driver, who currently drives for Ferrari, recently shared an image on his Instagram account of himself training, apparently looking to gain strength before the start of the second half of the racing season.

Image caption: “Last days before resuming the race. Ready to go again! », His mind is only focused on the next race, which will take place in Belgium on the famous Circuit De Spa-Francorchamps (from August 27 to 29, 2021).

Grabbing a dumbbell in each hand, Sainz appears to perform an overhead dumbbell press, a great exercise for working the arms, shoulders, and even chest. And, because he uses dumbbells as opposed to a barbell, his basic stability will also come into play, as the weight is isolated on either side of his body, rather than being able to be spread out if you use a barbell.

Carlos is not the only Formula 1 driver to make the most of his time during the offseason. Fernando Alonso, often considered one of the best riders to ever set foot on the tarmac, spent time cycling to improve his cardio form, as did Antonio Giovinazzi of Alfa Romeo Racing, who chose to spend his time free in his country of origin, Italy.

Mick Schumacher revealed he spent time lifting weights in the gym, while Russian pilot Nikita Mazepin could be found hitting the treadmill. The potential champion of Red Bull Racing while waiting for Max Verstappen, however, chose to have a little more fun by riding a jetski in Monaco.