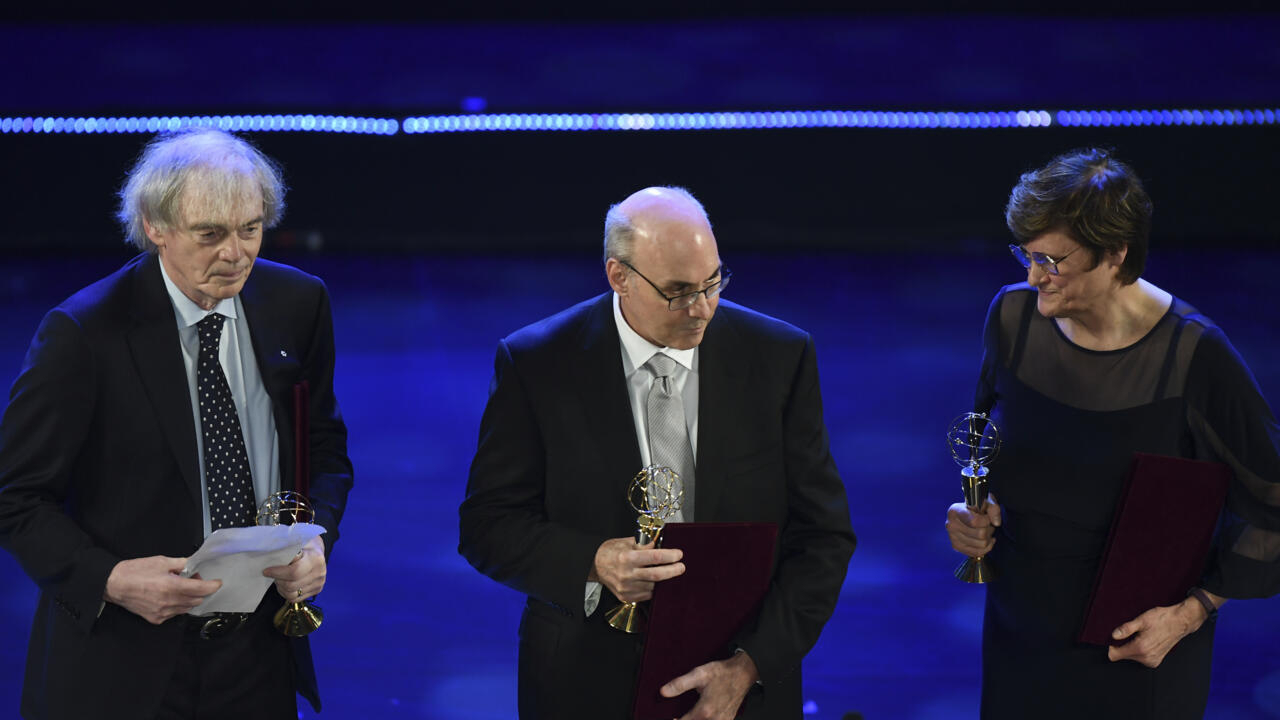 Stockholm (AFP) – The development of mRNA vaccines, “bioorthogonal chemistry” or even artificial skin are some of the discoveries for the Nobel Prize in Chemistry announced on Wednesday, which experts consider a toss-up.

The winner or winners of the prestigious prize will be announced at 11:45 a.m. (0945 GMT) “at the earliest” by the Royal Swedish Academy of Sciences in Stockholm.

Thought to be among the favorites for the medicine prize that was announced on Monday – which went to Swedish paleogeneticist Svante Paabo – the pioneers of mRNA vaccines against Covid-19 could see their work snatch the chemistry category instead.

Hungarian biochemist Katalin Kariko and American immunologist Drew Weissman – whose work provided the basis for the Pfizer/BioNTech and Moderna Covid-19 mRNA vaccines – are also favorites for the chemistry prize.

They could be honored alongside Canadian Pieter Cullis, another mRNA expert.

While many hope to see mRNA vaccines, of which billions of doses have already been administered, receive a Nobel Prize, it is unlikely, according to Linus Brohult, editor of the science office of Swedish public broadcaster SVT.

“Nobel committees tend to wait a long time before awarding a prize,” he told AFP.

Brohult also noted that mRNA vaccines are being developed that could be used in other areas such as cancer prevention.

“MRNA vaccines could be an even bigger thing in a few years, and then they’ll want to include those that were part of that development,” Brohult said.

Although under-represented among Nobel science laureates, and while no women were crowned in the scientific categories last year, experts interviewed by AFP nevertheless cite a number of female researchers as potential candidates for the prize. Nobel, including Kariko.

David Pendlebury, head of research analysis at the Clarivate Institute for Science Information – an organization that closely monitors potential science winners – said American Carolyn Bertozzi was likely the winner for chemistry this year.

Pendlebury told AFP that “she coined the term and helped develop what is now called bioorthogonal chemistry”, which refers to chemical reactions occurring inside living systems without interfering with biochemical processes.

Bertozzi could potentially share the prize with American Stephen J. Lippard, an expert on the role of metal ions in biology, which is for example used in the development of cancer treatments.

The Chinese-American and her team have invented an “artificial electronic skin” by developing materials for stretchable circuits and flexible batteries.

Another area related to the skin that could have the wind in its sails is that of tissue engineering thanks to the American trio composed of Cato Laurencin, Kristi Anseth and Robert Langer.

The latter is known for developing technologies that allow the delivery of drugs directly to diseased tissue without the use of needles or other invasive measures.

One man believed to be in the running is American Barry Sharpless, who is also set to achieve the rare feat of winning a second Nobel Prize after his first victory in 2001.

Without counting the associations, only four people have done so, starting with the Frenchwoman of Polish origin Marie Curie.

He could be awarded the prize for so-called “click” chemistry, a term he coined and which designates the use of molecules that fit together easily.

The Japanese Susumu Kitagawa and Makoto Fujita and the American-Jordanian Omar Yaghi, considered the pioneers of metallo-organic structures allowing the storage of large quantities of gas without the need for high pressure, have also been in the running in recent years.

On Monday, the medicine prize went to Paabo for his discoveries on extinct hominin genomes and human evolution.

Then on Tuesday, physicists Alain Aspect from France, John Clauser from the United States and Austrian Anton Zeilinger received the physics prize for developing experimental tools that helped prove quantum entanglement – a phenomenon that Albert Einstein called it “scary action from a distance”.

The Chemistry Prize will be followed by the highly anticipated Literature and Peace Prizes, announced on Thursday and Friday respectively.

The Peace Prize is expected to take on particular significance this year given the Russian invasion of Ukraine.