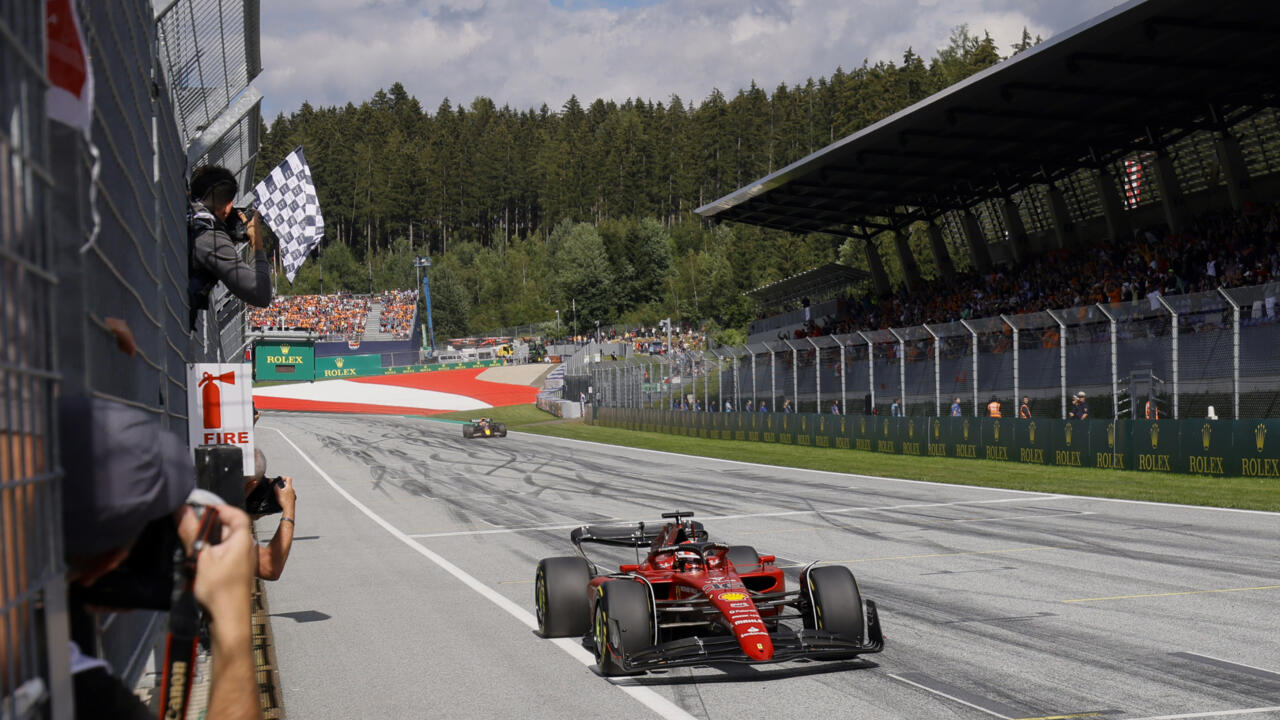 Still mixed emotions at Ferrari after the Austrian Grand Prix

Spielberg bei Knittelfeld (Austria) (AFP) – The roles were well and truly reversed for Ferrari drivers Charles Leclerc and Carlos Sainz at Spielberg on Sunday compared to a week ago at Silverstone.

Sainz started the British Grand Prix from pole to record his first Formula 1 win in his 150th race, while Leclerc’s disappointment at seeing another winning hand go missing was written all over his face.

Fast forward to the Austrian Grand Prix seven days later and Leclerc took the checkered flag for the first time since Melbourne nine races back.

Sainz, on the other hand, suffered a miserable fate when his engine blew up, leading to a frantic escape with the help of marshals from his burning car.

“I saw a lot of fires and damage and we’ll have to see why,” Sainz said.

“It’s harder to take because we were about to do a very big result to close the gap with Max and Red Bull, but it’s still a long season ahead.”

Leclerc was naturally delighted to be back on the top step of the podium.

“I really needed that one. The last five races have been tough for me and for the team and it’s great to finally have one.

“Oddly, my problem was at the same time as Carlos, but I knew it was a pedal problem rather than an engine problem.

“It’s two straight wins and it was important to come back after a couple of races where we showed potential but didn’t get the win,” he said.

He added that the result of the 11th race of the season was “tinged with disappointment as it could have been ‘even better’ without Sainz’s retirement.

After the Spaniard’s exit, Leclerc had his own problems with a sticky throttle.

“I honestly don’t know what the problem was with Charles’ throttle, we’ll have to wait to get the car back to look properly.”