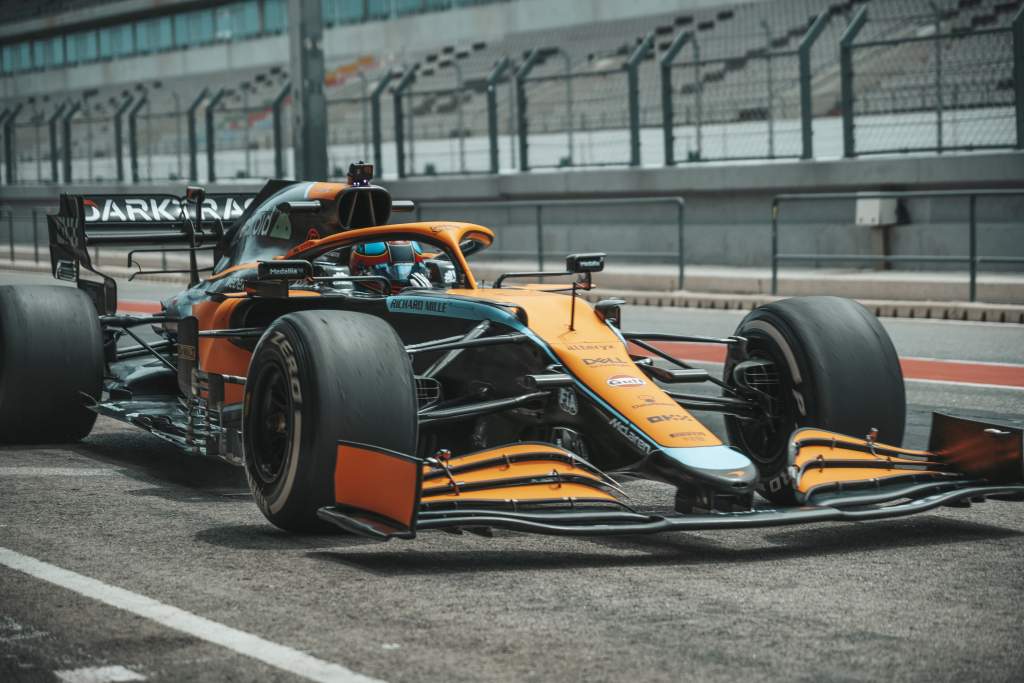 Colton Herta says Formula 1 remains “one of my goals” and he hopes to get the chance to drive for McLaren on a Grand Prix weekend this season, after testing the team’s 2021 car.

Herta made his F1 debut with a two-day program in the MCL35M this week in Portugal and was pleased with his own performance in the test.

The IndyCar race winner was praised by McLaren for his approach, although the team did not release information on how he compared to his race drivers during the Portuguese Grand Prix weekends 2020 and 2021 due to differences in track and ambient conditions and tire compounds.

Herta has been linked with a move to F1 for a long time, first when his Andretti team tried to buy the Sauber operation last year and then – when that failed – when Andretti presented his intention to enter a new F1 team from scratch for 2024.

“It was a good test to kind of see what these cars are and see the physics, the differences with an Indycar,” Herta said.

“It’s been a goal of mine and has been for a while now. There have been instances where I’ve been close.

“But as far as what’s going on with it, it’s just to get some seat time. The program was amazing, all the engineers were great at getting up to speed which was the most important thing.

“I wanted to see what these cars were used for. And luckily McLaren was able to give me a chance.

Herta has been testing the 2021 car as part of McLaren’s evaluation process to see who it should run in the two mandatory Friday practice sessions reserved for F1 rookies this season.

McLaren team boss Andreas Seidl says further analysis of Herta’s performance will be carried out in the coming days as they assess their options for FP1 opportunities.

He said it would be an “extra challenge” to adapt to the very different 2022 cars in just a few hour-long sessions on a Grand Prix weekend, but also acknowledged that was the case for drivers used by many teams.

“The key will be to make sure that you don’t put yourself as a driver, but also on the side of the team, under too much pressure,” Seidl said.

“You have to remember that we race the race cars there, that we have to finish the rest of the weekend with race engines and potential race gearboxes as well.

“I guess whoever sits in that car knowing how important this challenge is, we’ll definitely take a very conservative approach.”

Asked by The Race what he thought of a possible FP1 appearance on a Grand Prix weekend, and the value compared to a 2021 car program in which track time is unlimited, Herta said replied, “It would definitely be something I’m open to.

“As far as test days go, you can’t do better than that because you have the whole track to yourself, you spend all that time inside the car.

“But it would be cool to get a taste of the 2022 cars and see how they compare to this car.

Herta is a seven-time IndyCar race winner but sits 10th in the 2022 championship standings amid an inconsistent season.

As it stands, he will not qualify for an F1 superlicence, despite finishing third in the series in 2020 and fifth in 2021.

That’s why Herta have mainly been linked with a move to F1 in 2024 after having fresh opportunities to get the superlicense.

“I think I’m pretty quick [for F1]”, Herta said. “Whether I graduate or not, I guess time will tell and hopefully I get more chances in the car and hopefully I can show.”

Herta spent two years of his formative junior single-seater career racing in Europe, first in the British Formula 4 series in 2015 – as a teammate of current McLaren F1 driver Lando Norris – and the following year mainly in the Euroformula Open series for F3 cars.

He then returned to racing in the United States, graduating full-time in IndyCar in 2019.

No driver has moved from the top level of American single-seater racing to F1 since Sebastien Bourdais (pictured above) stint with the Toro Rosso team in the late 2000s.

Herta, still just 22, has some momentum behind him to end that wait, but admits he needs to make the move imminently rather than years from now.

“If I had to wait that long, I don’t think it would happen,” Herta said.

“I think in the age of Formula 1 it’s definitely a young man’s game to tackle early.

“Fortunately, I have some time if the opportunity arises, but I’m not too worried at the moment.

“I just try to go as fast as possible and hopefully open some doors at some point.”

Seidl wouldn’t comment directly on whether Herta is a serious long-term prospect for McLaren.

He said these test days are an “ideal” way for a driver with no F1 experience to prepare for a rookie season, but he didn’t say whether it was on Herta’s horizon.

“As always, here at McLaren we are taking it step by step,” he said.

“The purpose of this test was to give Colton the chance to experience F1 for the first time and explore his performance.

“That was the goal. And what comes next is something where we take it step by step, and we also take our time.