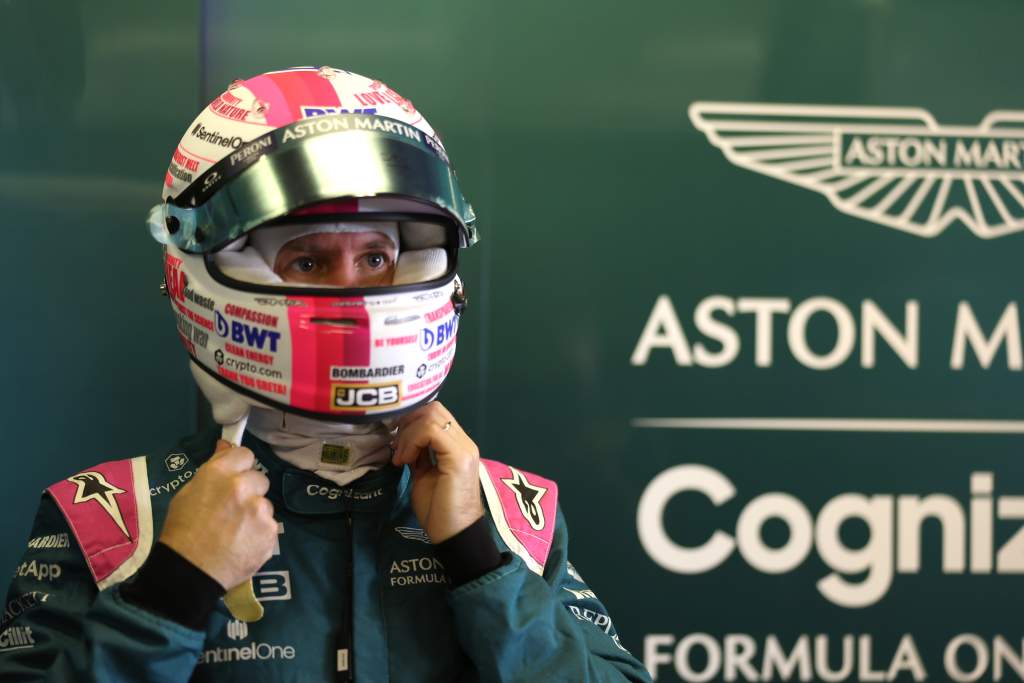 The factors that will decide Vettel’s future in F1

Sebastian Vettel’s future in Formula 1 is likely to be an open topic for some time this season.

Vettel is intrigued by the new F1 regulations, excited about the project he is taking part in at Aston Martin and has no pre-determined conditions for the team to meet for him to sign a new contract.

But the quadruple world champion does not know if he will stay in F1 beyond 2022, or when he will make this decision.

“This year is a new year in many ways,” says Vettel. “And I think we’re going to take it step by step.

“I have no thresholds in mind, no numbers in terms of where the team needs to be or where we need to race.

“I think we will see where we are. And then, obviously, at some point, we start looking a little more into the future.

“But I think we are focused on the start of the season for now.”

Vettel and Aston Martin haven’t had the first season together they hoped or expected in 2021.

Reliability issues in pre-season testing hurt Vettel’s acclimatization and AMR21 was crippled by floor rule changes that hurt low-rake Mercedes and Aston Martin concepts the most.

So even once he was more comfortable in his new surroundings, he didn’t have the caliber of podium-challenging (even race-winning!) car that the team had enjoyed the previous year. And by Vettel’s own admission, he was still making mistakes.

Vettel reckons Aston Martin has spent three quarters of the season with the same car, as it was one of the first teams to fully focus on 2022 and the new technical regulations. That means the short-term pain suffered last year could pay off for the team and its star driver this season.

He has to, because Vettel is used to fighting at the front. And it seems to be a prerequisite for him to stay longer.

“The thing is, I’ve had some time in the sport, and I’ve had good years and not so good years, but mostly I would say good years, great years with a very competitive car and a team. competitive,” Vettel said.

“Now I am definitely in a very competitive team. The team spirit is great. And the goal is clear. We want to progress and win.

“So ultimately, having had the path I’ve had so far, I’m mostly interested in winning.

“And that will determine what the future holds for us.”

It will at least be a different experience for Vettel and Aston Martin this year. Vettel admits the team knew from the start of 2021 that it would be “a long and difficult season”.

Now the new cars, the early switch from Aston Martin and the ability to grow with the team without budget concerns make the situation much more encouraging. Especially as Aston Martin moves towards the budget cap after years of austerity as F1’s biggest hitters continue to cut back.

That’s why Aston Martin seemed like such an attractive option in the first place. He has big ambitions and the means to achieve them, so if he succeeds, this will be the team Vettel needs to worry about staying in F1.

This year, Vettel acknowledges, is a ‘real test’ of whether she can fulfill her potential – and part of that will depend on how he sees the team adjusting to the loss of team principal Otmar Szafnauer, who was replaced by Vettel’s former BMW colleague Mike. Krack.

“The truth is that the team is getting bigger,” says Vettel. “Obviously having a reshuffle in management is always a bit of a hiccup or upheaval. And it will take time to overcome.

“But hopefully we manage to pull ourselves together and, despite growing in size, become leaner or more efficient in our processes.

“This year will be a real test for us and we will see how good we are because last year we couldn’t show anything because we didn’t focus on bringing updates.

“While this year it’s about this set of regulations, this year’s cars or this generation of cars and we can show what we can produce.

“And we should be measured by that.”

We can be sure Vettel will lead this review as he has little interest in being in F1 for fun, and he is an outspoken person.

But he is also open-minded. A change of team leader is not for him a sign that the wheels are coming off Aston Martin. Krack is a much-loved BMW Motorsport recruit and Vettel has known him for a long time. Vettel is therefore, for now, entirely of the view that Aston Martin can progress as it should, even if the man who was key to signing Vettel (Szafnauer) is no longer there.

“I always liked Otmar and I got on well with Otmar, I think it’s hard not to get along with him,” Vettel says.

“But he definitely had a very central role in the team, a lot of guys knew him because he was there for so long.

“And for sure, it’s a big shake-up. But looking ahead, I think Mike is great, and I’m really looking forward to working with him again.

“As you mentioned, he is highly regarded by everyone who has shared the path with him. So let’s see, is the honest answer, because it’s been a few years but he’s a great guy and he has a great spirit.

“So hopefully he’s a solid addition to the squad.”

A final factor to consider is what the new era of F1 brings in terms of driving. Vettel has been one of the harshest critics of the V6 turbo-hybrid era, mainly because he likes older, screaming engines, but also because Mercedes’ dominance and ever-increasing reliance on F1 downforce worsened the stroke.

F1 rule changes in pursuit of closer and better racing will be important for Vettel to decide if this is a championship he actually wants to compete in.

Vettel is certainly curious about the new machines. But the impact they have on the hierarchy and what Aston Martin can do with them remains his main interest.

“From a driving point of view, the main challenge for all of us will be adapting to these cars,” says Vettel.

“They feel a bit different behind the wheel in the simulation, but I think it will be different in real life. After that I think it depends where you are.

“Ideally the challenge will be to fight for wins and lots of podiums because we are so competitive. But at this point I have no expectations because right now you’re looking at a car and we’ve only seen fakes until [Aston Martin’s launch]you have no idea what is right and what is wrong.

“So I think we need to combine some lap times and some track experience and then we’ll have a better impression. Goals follow.

“But one of the key objectives this year is to show that we are a structure that works, and that we can either build a very good car from the start or improve our car throughout the season. Or do the of them.

It’s uncertain whether Vettel will stay in F1 beyond 2022, and even he apparently doesn’t know when he’ll start thinking about it properly.

What will ultimately decide, however, is already pretty clear.