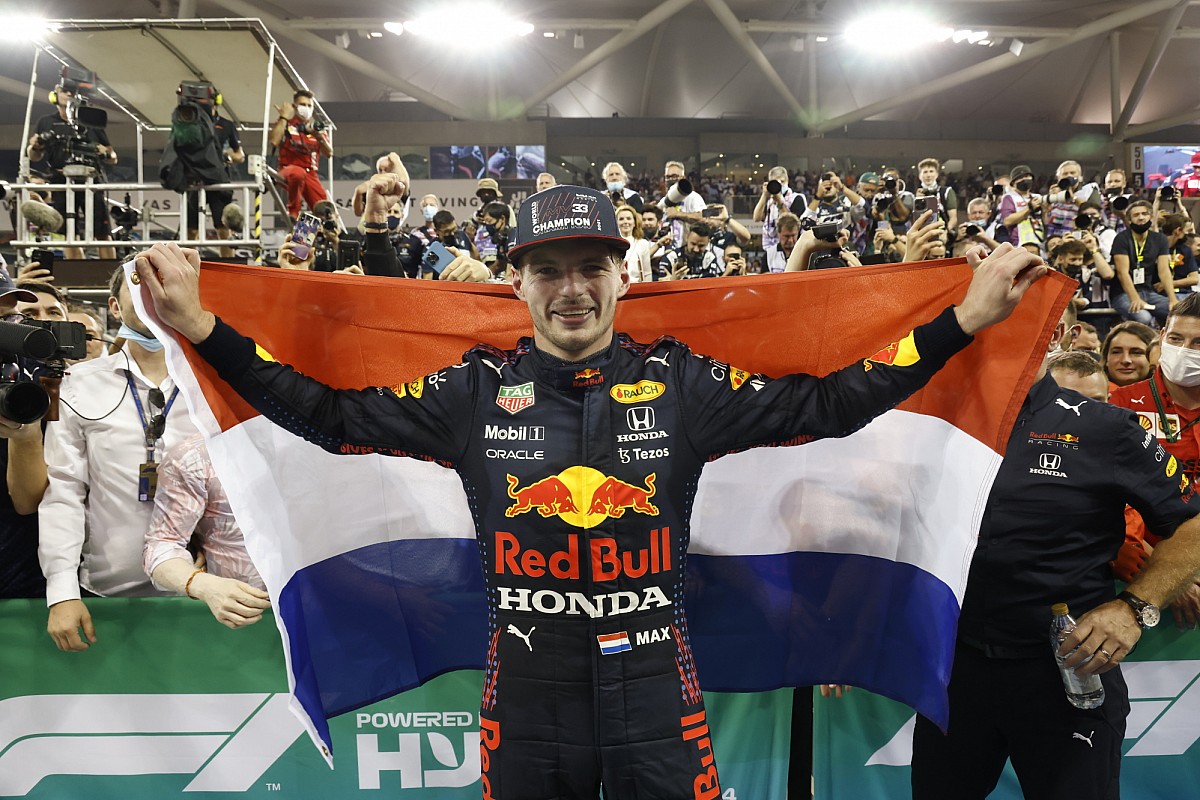 Verstappen ended Mercedes’ dominance of the F1 turbo-hybrid era title last year, when he clinched the drivers’ title after a last-lap overtake from Lewis Hamilton at the Abu Grand Prix. Dubai.

It marked the culmination of many years of Red Bull’s belief in Verstappen’s talent, as he was convinced from the start that he had the talent to be champions.

And, with Red Bull coincidentally vying with Mercedes to sign Verstappen in his junior career, his motorsport adviser Helmut Marko hailed the energy drink company’s different attitude to the situation.

Speaking in a Dutch book ‘Formula Max’ which was published by colleagues at Dutch site Motorsport.com, Marko said Red Bull were approaching things in a way Mercedes could not.

“Of course we knew that Max was also talking to Mercedes, but with Mercedes he wouldn’t have come to Formula 1 so quickly,” Marko said of that time when his team and his German constructor rival were both talking to Verstappen.

“They don’t take those risks with a newcomer. But my intention to sign him and put him in Formula 1 right away was not to outdo Mercedes. It’s just because I saw he was ready for Formula 1 and it turned out to be.

“I would say in general: Red Bull is different from Mercedes, we have a lot more of a ‘no risk, no fun’ mentality.”

While Verstappen’s promotion to F1 when he was 17 drew criticism at the time, Marko said Red Bull never doubted he had made the right decision.

“The criticism was to be expected, but in all honesty it was a calculated risk,” he said. “We gave Max all the appropriate tests at Toro Rosso within the regulations.

“He made his first appearance in FP1 at one of the toughest circuits on the calendar, which was Suzuka, and it was somewhere good to see how he was going to handle such a tough track.

“Overall, it was very good preparation for his first season in F1. Of course, it’s always a risk because drivers who succeed in the junior categories don’t necessarily have to succeed in Formula 1.

“But during the conversation I had with him, I was convinced that he was ahead of his time. Physically and mentally he was strong enough for F1. We never doubted our decision.

“Max had a more experienced teammate at Toro Rosso in Carlos Sainz, he had a lot more experience in the junior series, but Max immediately started at the same level.

Verstappen’s progress in F1 has been rapid, and Marko says the Dutchman is now a very different driver to what he was in his early years with Toro Rosso and Red Bull.

“He matured,” he explained. “The difference is that, for example, if we had problems in free practice this year [2021]he remained calm.

“In previous years, he was exploding or ranting in the pit. Now he knows he can’t change it and the engineers can’t change it either. So he’s much more focused on the next session or his next chance.

“The impatience he had before was also visible in the races from time to time, for example when the cars that were turning didn’t pull away. He definitely learned that over time.