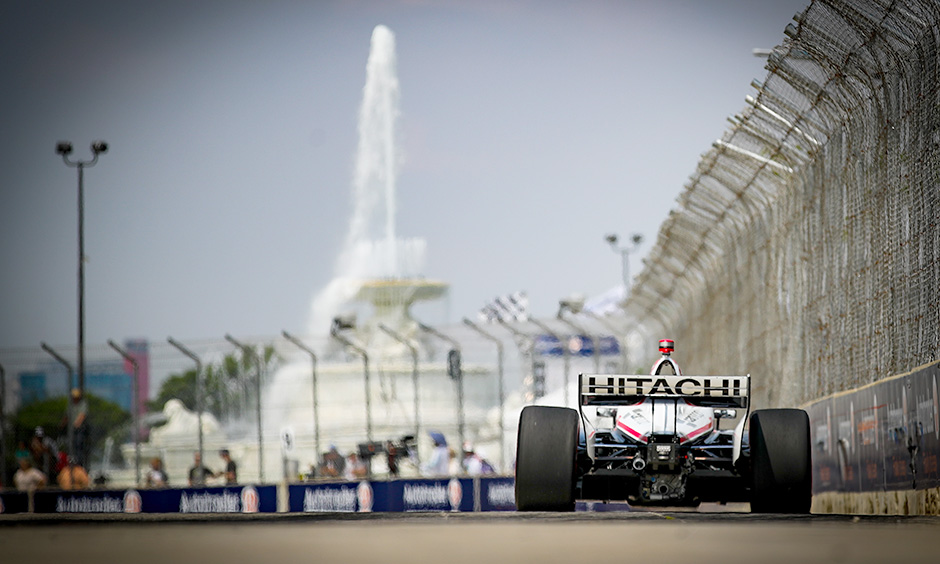 After a hectic May at the Indianapolis Motor Speedway, the field of competitors is refocusing this weekend to begin an important series of races in June.

This weekend, the Chevrolet Grand Prix of Detroit presented by Lear will be held at Belle Isle Park Raceway, and a week later the action will resume at the Road America Circuit in Elkhart Lake, Wisconsin, for the Sonsio Grand Prix presented by AMR.

Eleven races remain as the NTT INDYCAR SERIES strives to crown its 2022 champion. Chip Ganassi Racing’s Marcus Ericsson will be in the spotlight at last weekend’s Indianapolis 500 presented by winner Gainbridge, and he is also one of two winners of last year’s doubleheader at Belle Isle Park. He is also the series points leader.

Meanwhile, many drivers are keen to improve their ‘500’ rankings, including Arrow McLaren SP’s Pato O’Ward, who finished second in ‘The Greatest Spectacle in Racing’. He won Race 2 of last year’s race in Detroit.

This year’s NTT INDYCAR SERIES event in Detroit features a single race on the 14-turn, 2.35-mile street circuit for the first time since 2012. It will also be the last race at Belle Isle Park as the event returns back to his original home – on the streets of the city center – for 2023.

In addition to the NTT INDYCAR SERIES, the weekend card includes an Indy Lights dual program presented by Cooper Tires (races Saturday and Sunday). Linus Lundqvist of HMD Motorsports with Dale Coyne Racing holds the series lead 34 points ahead of teammate Danial Frost. They were the two winners last month at the IMS road course, the most recent event in the series.

Here are five things to watch this weekend in Detroit:

It’s only fitting that the Chevrolet Detroit Grand Prix presented by Lear is the next race on the schedule as Marcus Ericsson (No. 8 Huski Chocolate Chip Ganassi Racing Honda) and Pato O’Ward (No. 5 Arrow McLaren SP Chevrolet) arrive as as defending champion. event champions and recent 1-2 finishers of the Indianapolis 500 presented by Gainbridge.

To complete the story, Ericsson and O’Ward are also the top two in the NTT INDYCAR SERIES standings, with Ericsson holding a 13-point lead after six races. Ericsson edged O’Ward by 22 points at Indy.

Ericsson will need to regroup quickly as Monday night’s victory celebration was followed by a full media tour Tuesday in New York City that culminated with the throwing of the first pitch at Yankee Stadium. Whether the emotional and physical strain of celebrating a “500” victory is a factor or not, the last driver to win Indy and the race the following weekend was Al Unser Jr. in 1994.

Ericsson said his return to Detroit would be special for him.

“It was my first win in eight years, I think,” he said. “It’s good that I didn’t have to wait another eight years for the next one.”

O’Ward will also be ready.

“I love Detroit,” he said. “I think we had a great month (at Indy) and (Sunday was) a very, very, very good result for us to get our championship back on track.”

Chip Ganassi Racing’s Alex Palou (#10 NTT DATA Honda) dropped out of Sunday’s “500” race when he was penalized for taking emergency service in a closed pit on lap 71. Palou did not draw much attention for the rest of the 200-lap race, but he managed to finish ninth among the 33 riders.

The penalty dropped Palou to 31st in the order, and had he finished there, he would have scored just 21 points at Indy. Finishing ninth earned him 56 points, which could be the difference in his defense of the series championship.

While Ericsson and O’Ward deservedly star in early June, Palou is just 14 points off the series lead and will be the defending champion at Road America. Palou also won the Portland Grand Prix last year, where the NTT INDYCAR SERIES will compete in the penultimate race of the season on September 4 at Portland International Raceway.

The Penske team is hiding too

Penske team officials will be the first to admit that their cars didn’t have the best “500”. In fact, it was the first time the organization had failed to have a top 10 finish in the race since 2011, and none of the three drivers led a lap last weekend.

Expect the team to turn the page quickly, and the opportunity couldn’t come on a better circuit. Team Penske have won a record seven times at Belle Isle Park, most recently with Newgarden at the wheel in 2019.

Newgarden finished second to O’Ward in Race 2 last year and won the NTT P1 award as the fastest qualifier (114.156 mph). His speed was the fastest for the event pole winner in six races there.

Power is also a former race winner in the event promoted by his boss, Roger Penske. He won in 2014 and 2016, and he has two second places and a pole.

While the combination of Newgarden, Power and McLaughlin scored just 76 points in Indy – Ericsson scored 109 in the double-point event – ​​they are still squarely in the hunt for the season title. Power places fourth, Newgarden fifth and McLaughlin seventh.

Dixon is another one to watch

Chip Ganassi Racing’s Scott Dixon (No. 9 PNC Bank Chip Ganassi Racing Honda) also seems to be motivated for a strong result this weekend in Detroit, and it was one of his best events in years. He won races in 2012, 2018 and 2019. He shares the event win record with Helio Castroneves (#06 AutoNation/SiriusXM Honda of Meyer Shank Racing).

Dixon knows the “500” got away from him with that speeding penalty on pit road on lap 175. Pit road took him from the lead to 26th, and he couldn’t come back only at the 21st despite being the pole sitter.

Winning the NTT P1 award earned him 12 points, giving him 33 for the event. Dixon will resume his pursuit of a record seventh NTT INDYCAR SERIES championship 60 points off the lead.

Dixon has a golden opportunity to gain ground over the next two months. He has won at the four upcoming venues – Belle Isle, Road America, the Mid-Ohio Sports Car Course and Toronto – a total of 14 times. He also won a race at two other circuits remaining this season: the IMS road course and the World Wide Technology Raceway.

Besides Ericsson, O’Ward, Dixon, Castroneves, Power and Newgarden, the other Detroit race winners in this weekend’s field are Simon Pagenaud (#60 AutoNation/SiriusXM Honda of Meyer Shank Racing) and Graham Rahal (#15 United Rentals Honda of Rahal Letterman Lanigan Racing). Rahal swept the 2017 doubleheader, and he finished second in the closest 1-2 in event history in 2014 (ahead of Will Power by 0.3308 of a second).

Following Friday’s one-time practice at 3:30 p.m. ET, the NTT INDYCAR SERIES will have two sessions each Saturday and Sunday. The second 45-minute practice of the weekend takes place on Saturday at 8:30 a.m. with NTT P1 award qualifying at 12:35 p.m. Sunday’s action begins with a 30-minute warm-up at 10:15 a.m. All of these sessions will be broadcast on Peacock Premium.

Broadcasting of the 70-lap Chevrolet Grand Prix of Detroit presented by Lear will begin Sunday at 3 p.m. on USA Network, Peacock Premium and INDYCAR Radio Network.

The Indy Lights races will be broadcast live on Peacock Premium at 11:30 a.m. Saturday and 12:10 p.m. Sunday. The first race will be spread over 25 laps, the second over 30 laps.