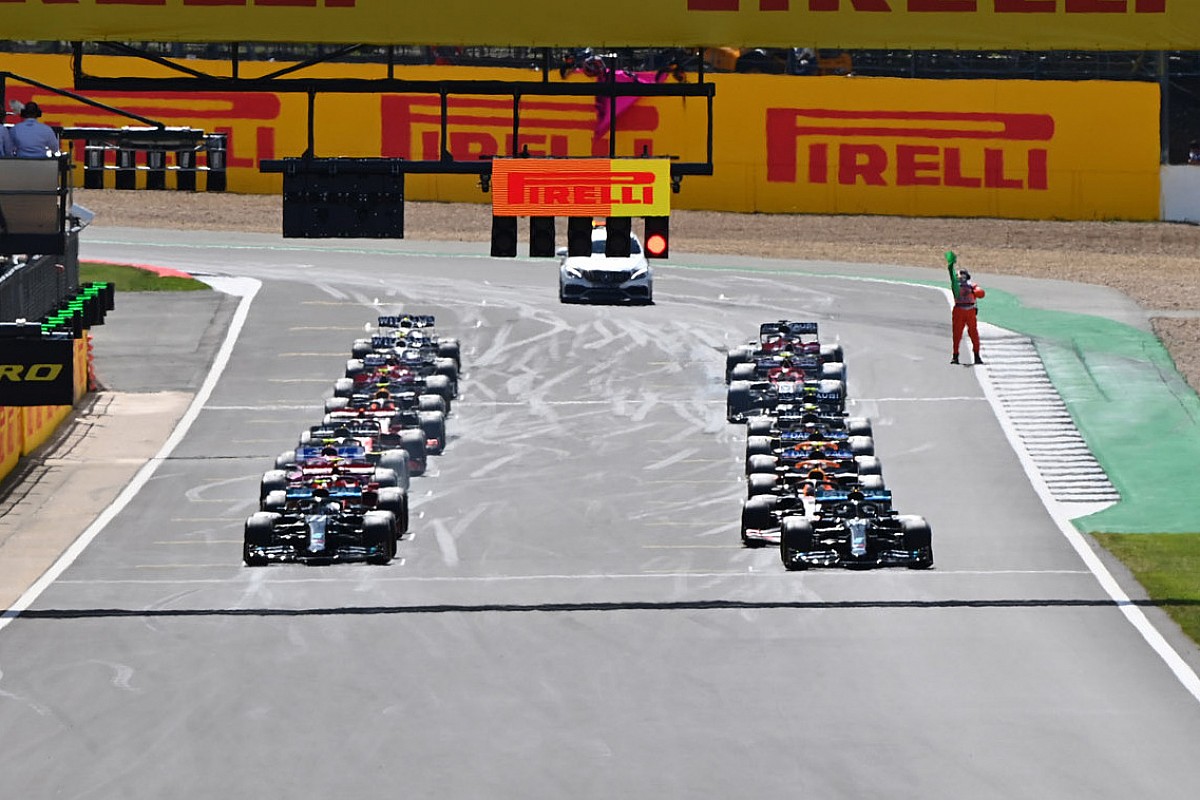 It was previously thought that the fastest driver in qualifying on Friday – and therefore starting first in the sprint on Saturday – would be considered the pole winner.

However, following discussions between F1 and the FIA, it has been agreed that the driver who wins the sprint and therefore starts the grand prix from the front will be officially credited with pole.

The first sprint weekend will be at the British GP, the second at Monza and the third at a flyaway event yet to be determined.

“I probably need to correct something I said before because at the start we thought it would still be qualifying on Friday,” Brawn said when asked about the pole issue. â€œBut, in fact, after discussions with the FIA, they think pole position is the guy in front of the grid for the grand prix.

â€œSo it’s the person who finishes a sprint in first place, it’s the one who is at the head of the grid and who has the pole position for the race, the grand prix, on a Sunday. And this is what we count statistically for the number of poles, because it is the qualification for the sprint.

â€œThat’s one of the reasons the FIA â€‹â€‹wants it to be covered that way, so that we can make sure the race is the race, the grand prize is the grand prize. And we are not cannibalizing the Grand Prix.

Brawn also confirmed that the pre and post race procedures for the sprints will not follow the usual Sunday race format and will not be a traditional podium ceremony, for example.

“We’re trying to keep it cool,” he said when asked about the procedure by Motorsport.com. â€œSo that there is a shorter period on the grid. There will be no driver parade, but there will be opportunities on the grid to interview the drivers.

â€œAnd we have some interesting things that we want to try after the race, short, to the point. There will be no podium, it will be more like a qualification, because we want to keep the podium for the big meeting of the weekend.

“We’re just going to keep that in the bag, but there are new things we’re doing with sprinting, and I think it will be good to try.”

Brawn stressed the importance of explaining to the public how sprint weekends work.

“We’re going to have a real competition on a Friday, [and] a new competition on a Saturday, and all of that should improve the grand prix on Sunday, â€he said. â€œSo I don’t think we’re cannibalizing the Grand Prix in any way. All of this is additive and will help the whole weekend.

â€œI guess to answer the criticism head-on, some people like the traditional approach and think we’re playing with something that doesn’t need to play with, and I understand that.

â€œAs you know, I have been playing sports for a very long time. I think the way we explore this opportunity is not going to hurt F1 at all. And it will become clear, after the second or third of events, how successful it is and how much fans are committed to it.

â€œWe have new graphics, we are doing a lot on social media in the week or the next 10 days. So we do a lot of explaining to our fans what it’s all about so that when they turn on the TV anytime over the Silverstone weekend they know exactly what’s going on.

The final version of the sprint weekend rules are expected to be approved after a team leaders meeting in Austria on Thursday, with some details of the parc fermÃ© restrictions still under review.