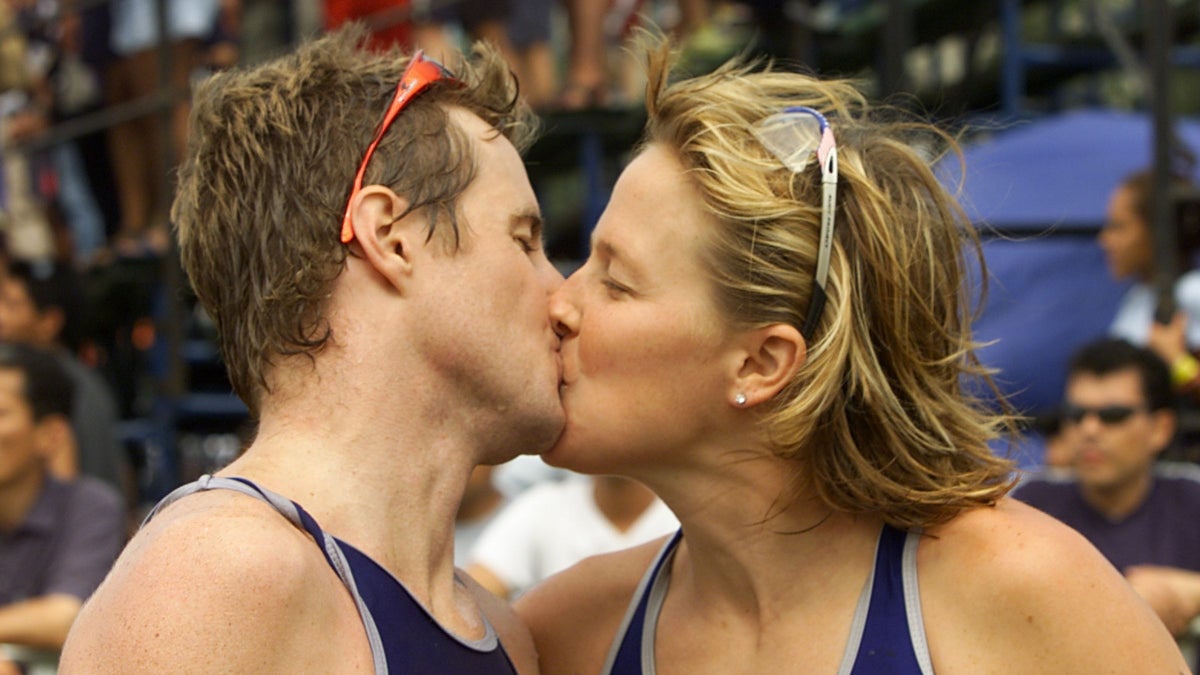 Greg and Laura Bennett are one of triathlon’s most successful couples, with impressive careers that span decades. Although the duo have countless individual accomplishments, 2007 was the year the Bennetts rose to the top together.

The pair started training in 2004. Greg said 2005 was “a little tough”, but in 2006 things started to settle down, around the same time some of the sport’s biggest purses made their debut. The Bennetts followed the Lydiard method during a tough 16-week training block in Noosa, Australia, and both had decent pre-seasons in 2007.

The Life Time Triathlon was originally just a showpiece event in Minneapolis, but by 2007 it had morphed into a series of five Grand Slam races (focused on big city tris in Minneapolis, New York , Chicago, Los Angeles, Dallas) with a monster purse for any athlete who could win all five. In some ways, it was a seemingly impossible task, given the vast pool of talent in short-course racing in the decade since triathlon was introduced to the Olympics.

And yet, the races in this series became Greg’s target. Also that summer, the Hy-Vee ITU World Cup Triathlon – a legal Olympic distance race in Des Moines, Iowa – debuted, offering an astounding $1 million purse. “For Laura, it’s become the champions of the world – it would be crazy not to make that the focus.”

Hy-Vee took place in June. The women went first and Laura won, winning $200,000 and a new Hummer H3 worth over $30,000. Although Greg’s race started soon after, he couldn’t help but wave to his wife at the finish line.

“It was a very emotional moment, yes because of the money and the car, but it was also because we had worked so hard for so long to have that defining moment for her,” he said. declared. “For both of us – we had been together for seven years at that point – it was a wave of emotional relief. It was just pure happiness. Sometimes you can contain your emotions, and other times they explode. It was a blast.

Greg hopped on his bike and sprinted to the start line, where his male competitors congratulated him. He took fifth place against a very competitive field, which gave him the confidence boost he needed.

July’s Life Time race in Minneapolis served as both the 2006 series finale and the start of the 2007 series, which would end in Dallas. Winning all five was not an immediate goal for Greg given the dynamics and competitive depth of the men’s field at the time. Unlike some of the dominant male winners today, on any given weekend Greg, Simon Whitfield, Bevan Docherty, Craig Alexander, Hamish Carter, Chris McCormack or Hunter Kemper could step onto the podium.

In Minneapolis, Greg established the exact race he visualized and won.

The next stop was New York, a course that suited him well: a swim against the current, a half-mile run to the bike to weed out the best swimmers, hilly biking, hot and humid conditions, and a race in Central Park with lots of long descents. He has won the race four years in a row, including this one.

Chicago came next, with a completely opposite course from New York, with a challenging lake swim and very flat biking and running courses. Olympian Craig Walton, one of the most prominent swim cyclists at the time, was Greg’s biggest competition. He knew if he could get off the bike within two minutes of Walton, he could outrun him.

“I got off the bike and was 2:30 behind,” he said, “so I just started sprinting. I remember running as fast as I could, like in the playground, and I was a maniac. I caught it by 5K and then I was completely exhausted. I finally got it in the last mile, but only by about 12 seconds.

After that run, the pressure started to hit Greg as rumbles formed around five-for-five. “I thought – oh wow, I have all three…but again, it’s one race at a time.”

Three down. Two to do.

The fourth race was in Los Angeles, with another tough bike and a tough race with long descents. Walton got off the bike three and a half hours early.

“My first reaction was, ‘Oh well, the pressure is off,'” Greg said. “But I immediately snapped and thought, ‘NO, why don’t you go find out? I started sprinting again. The price goes up to [Walt Disney Concert Hall] and straight down, and I remember free falling, opening the legs and letting the arms flail. The race director said: “I’ve never seen anyone go down a hill like that.” I thought I would either fall on my face or win the race.

He caught Walton with 300 yards to go, and a sprint battle ensued. “I got him, but he won me every step.”

That night, Greg flew to Beijing to see Laura compete in the 2007 ITU World Cup, which served as the test event for the Olympics. She came in third behind Emma Snowsill and Vanessa Fernandes, instantly cementing her spot on Team USA for 2008. “, said Greg.

Although Laura’s run was worthy of elaborate celebration, partying and flying around the world may not have been the best for Greg’s recovery: he ended up with a tendon injury. of Achilles who interrupted his race. “I had Dallas coming up, and I had to earn it — it wasn’t a maybe, it was you gotta earn it,” he said, of the all-or-nothing nature of the payout. from the Serie. “It’s the most vivid feeling you can have when you have to do something – it’s not a choice.”

The morning of the race in Texas, Greg had a chiropractor and body specialist working on him from 2 to 5 a.m. just to get through the race. Life Time brought in all the best athletes in the world, and a win wasn’t going to come easy. “I decided to own it and own it early,” he said. “I hopped on the bus and realized, ‘I’m about to play a game with the best in the world, and once in a while they’re going to throw punches and it’s going to hurt. “”

He took a few hits along the way, but won Dallas’ run by 21 seconds, which was “as much celebration as relief.” His five out of five wins earned him over $500,000 in prize money and bonuses that year. (Fun fact: each of his runs throughout the series was between 30:50 and 30:57.)

“Laura and I ticked so many boxes, and it’s been a wonderful year for us,” Greg said. “We have to have this – once. You have those moments that are special, and it was a year of that moment, between Laura being on the Olympic team and winning Hy-Vee and me winning the five-for-five. It was a year where everything fell into place and that’s what was really special.