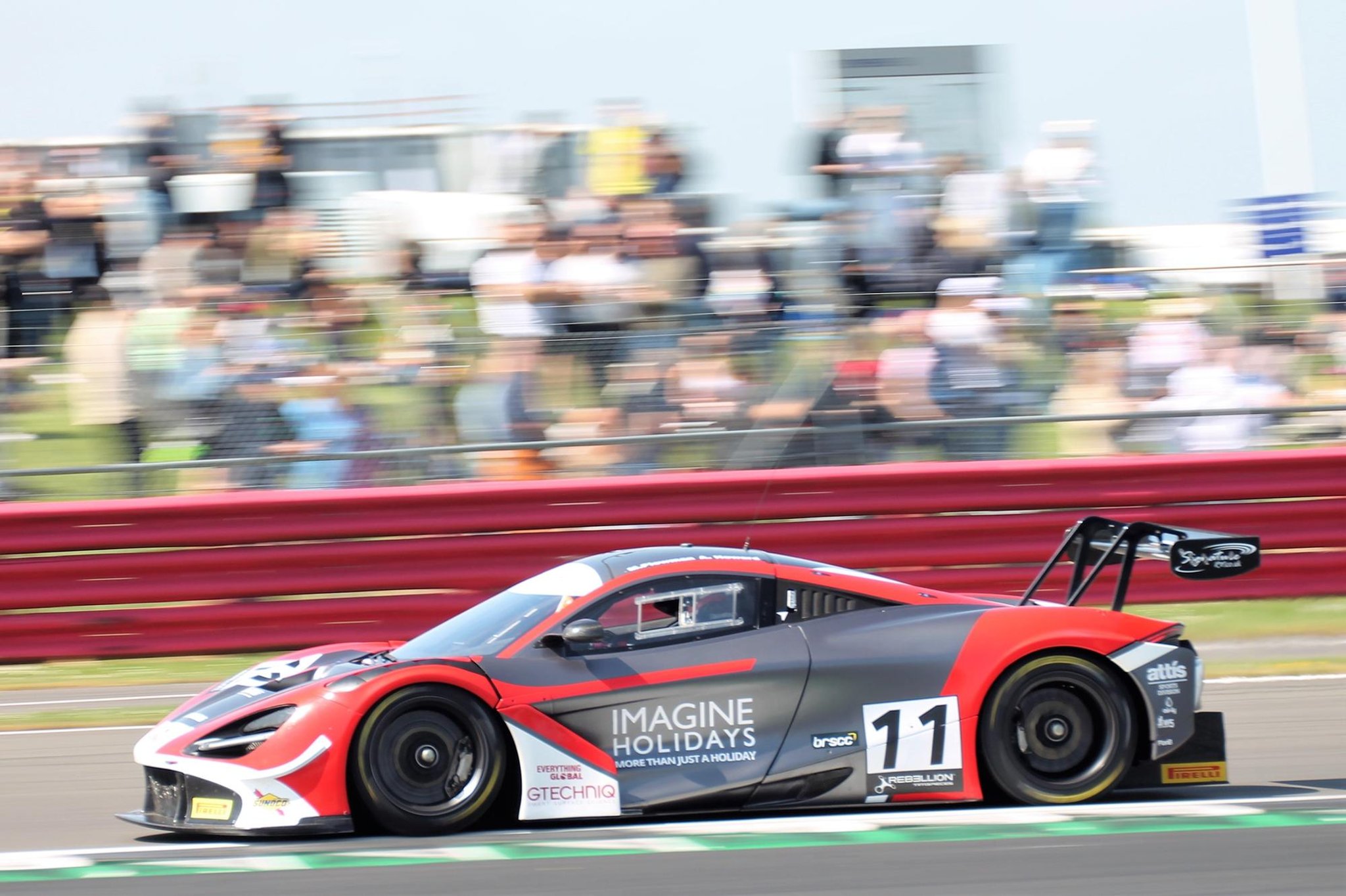 The biggest grid of GT3 and GT4 cars seen in the championship for several seasons took to the famous 3.6-mile Grand Prix circuit on Sunday morning, for a 3-hour race considered the ‘crown jewel’ of the British GT. With a large crowd at the edge of the track, the GT drivers did not disappoint with an overall victory which was not decided until the last lap. The Barwell Motorsport Lamborghini Huracan driven by Sandy Mitchell and Adam Balon was able to overcome the challenge of the Garage 59 team of Marvin Kirchhofer and Alexander West to win in just 0.529 seconds. to the fall of the checkered flag!

The Vale-based 2Seas Motorsport Mercedes AMG GT3 finished fifth to former British GT champions Jonny Adam and Flick Haigh. The pair enjoyed the first race of their planned partial campaign, with Haigh driving car number 75. Solid progress in the first stint of the race saw Adam, a driver who is regularly seen driving for Aston Martin , to take advantage of the progress of the car after the first round of mandatory pit stops.

Racing hard to the checkered flag, the pair crossed the line just under a minute behind the race winners. Andrew Howard and his Paddock Motorsport teammate Martin Plowman finished four places further in the results. Howard is normally seen driving one of his own Beechdean Aston Martin Racing entries in the GT Challenge Endurance Cup, but for one weekend he joined the Paddock Motorsport team as a back-up to their regular, celebrity racer. television and former ‘Strictly Come Dancing’ champion, Kelvin Fletcher.

Register to our daily newsletter

Howard enjoyed his McLaren debut saying: “I had a great time with the Paddock Motorsport team. It was good racing at Silverstone, and now I’m looking forward to continuing my season with the Beechdean Aston Martin team at Paul Ricard in early June. .”

Unfortunately, it was a short day for the second 2Seas Motorsport Mercedes, driven by James Cottingham and Lewis Williamson. Caught in a first-lap incident, the DK Engineering-backed Mercedes fell victim and retired at Club Corner before the end of the first lap, while the Newbridge Motorsport Aston Martin Vantage GT4 of Matt Topham and Darren Turner won the general success in GT4. The British GT Championship season continues at Donington Park on May 30.

* Alex Kapadia will take part in the final round of the European Le Mans Series (ELMS) at Circuit Enzo e Dino Ferrari in Imola, Italy this weekend. The Vale driver will share an RLR MSport LMP3 car with Michael Jensen and Nick Adcock for the 4 Hours of Imola – the final Automobile Club de l’Ouest sanctioned race ahead of next month’s 24 Hours of Le Mans. Kapadia and his teammates will compete alongside twelve other LMP3 cars in the race, which has a total of 42 cars. The race will be held around the 4.9km track, which recently hosted a round of the FIA ​​F1 World Championship and the opening event of the Fanatec GT World Challenge Endurance Cup race.

Dates, draws, cash prizes and everything you need to know