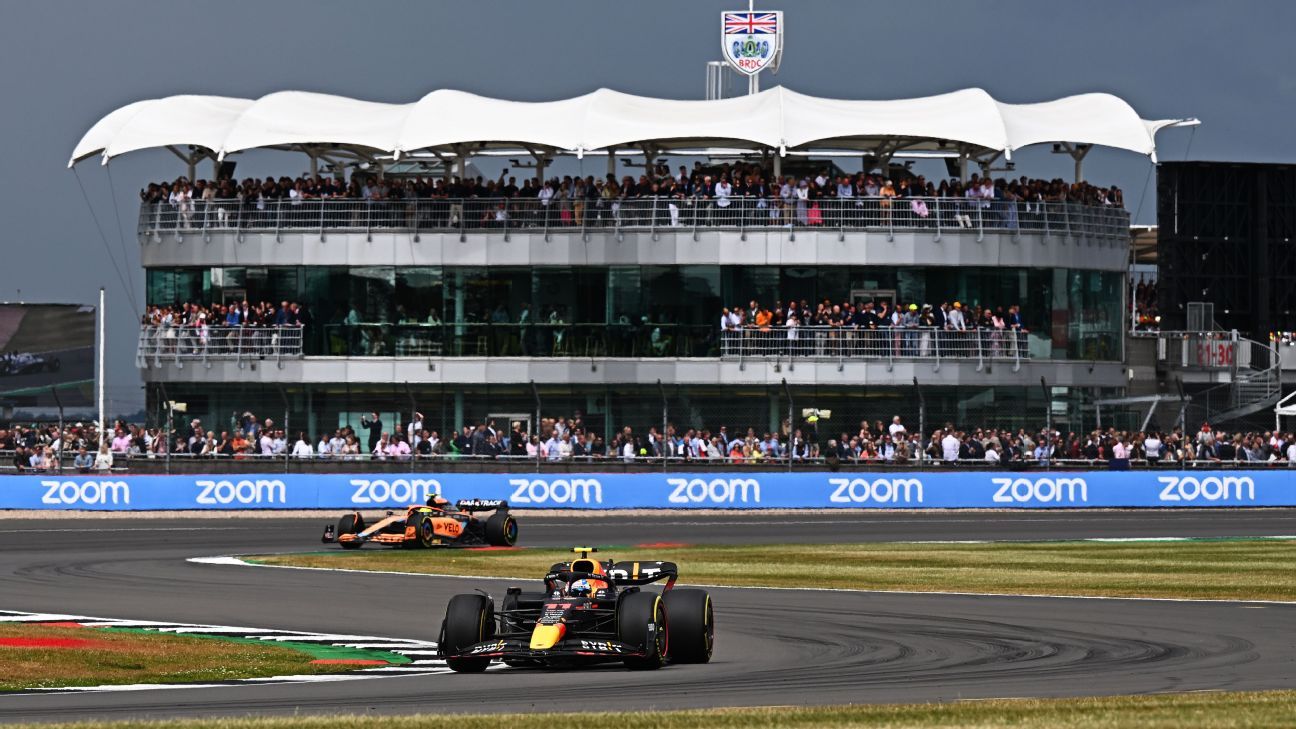 SILVERSTONE – A group of protesters breached the track on the first lap of the British Grand Prix and were on the circuit when cars drove by.

Protesters managed to enter the circuit at the Wellington Straight, which is just after the first sequence of corners.

In a huge stroke of luck, by the time the cars reached this part of the track, they had started to slow considerably for the red flags which had been shown after a pile-up of several cars at Turn 1.

A group known as ‘Just Stop Oil’ claimed to be behind him on Sunday. Seven protesters were arrested.

When told of the post-race protest at the top three press conference, Lewis Hamilton appeared to lend his support, saying: “Big up to them”.

He went on to explain, “I didn’t know what the protesters were for, so I just found out. I just said kudos to the protesters. I love people fighting for the planet. So we need more people like them.”

Mercedes later clarified that Hamilton had “approved of their right to protest but not the method they had chosen, which jeopardized their safety and that of others”.

An observer in the adjacent stand confirmed to ESPN that at least one of the protesters was on the circuit when the cars passed.

The race was red flagged just after protesters arrived on the track. I honestly thought someone was going to get hit. pic.twitter.com/AKt8BCZaBO

The incident bore eerie similarities to the 2003 British Grand Prix, when a radical Irish priest stormed the track and was nearly hit by David Coulthard.

“I’m really disappointed that this group of people ignored our warnings before race day and made the incredibly dangerous decision to enter the track,” he said. “We offered to facilitate a peaceful event at the circuit, but instead they chose to put the lives of the drivers, marshals and volunteers at risk. It is incredibly disappointing that anyone would make the decision to do so.

“Fortunately, we had plans in place for an eventuality like this and the group was quickly removed and arrested by our officers. All seven are currently in custody where their details are being verified.”

The FIA ​​issued a brief statement saying: “After the red flag, several people attempted to enter the track. These people were immediately expelled and the matter is now being dealt with by local authorities.”

Ahead of the race, Northamptonshire Police said they had “credible” intelligence that environmental activists were planning a protest during the race.