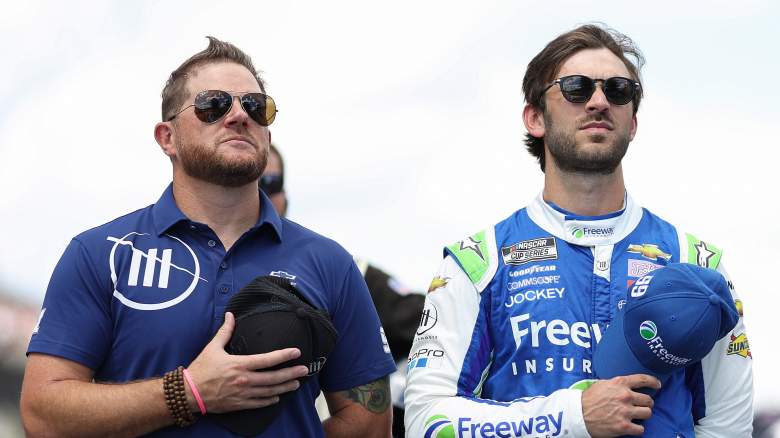 Trackhouse Racing has expanded its partnership with Princess Cruises.

Trackhouse Racing made its debut with a new partner, Princess Cruises, on the trip to Watkins Glen International. This first Cup Series race was a success as Daniel Suarez finished fifth overall, leading to a major sponsorship expansion.

Trackhouse Racing met with members of the media at Daytona International Speedway and discussed the expanded deal. According to team owner Justin Marks, Princess Cruises will give away 10 free 7-day Princess Medallion class vacations whenever Ross Chastain or Suarez places in the top 10 during the playoffs. All fans need to do to be eligible is simply register on the Trackhouse Racing website.

“This is the first program of its kind to engage all racing fans to follow an exceptionally exciting and dynamic team through the playoffs, knowing that if these drivers win, fans can win just as big,” said John Padgett, President of Princess Cruises.

“We wanted to enter this legendary sport offering an innovative way for racing fans to feel invested in our drivers and our Trackhouse team. Giving away as many chances as possible to win an iconic Princess cruise vacation is sure to create a ton of excitement.

ALL the latest NASCAR news straight to your inbox! Subscribe to the Big on the NASCAR newsletter here!

Suarez can offer even more prizes

Top 10 placements will help fans earn free vacations, but they won’t be the only opportunities available. Suarez can personally secure even more for the fans during a specific playoff weekend.

According to Trackhouse Racing’s press release, there will be additional stakes on the line at Homestead-Miami Speedway. If Suarez can win this playoff race, which takes place during the round of eight, Princess Cruises will offer 99 vacations.

“Now that’s real pressure – racing for the holidays for our NASCAR fans,” Suarez added in the press release. “Raise the stakes on the playoff races knowing that I could send 10 or even 99 fans to Homestead on a free cruise is even more of an incentive to get on the path to victory.”

Suarez and Chastain will continue their top 10 finishes over a 10-week period. The playoffs begin at Darlington Raceway on September 4. They will continue until November 6, when the other four championship-eligible drivers will battle it out at Phoenix Raceway for NASCAR’s biggest prize.

Both Trackhouse Racing drivers have success on the remaining tracks

Based on the careers of Chastain and Suarez, chances are Princess Cruises will offer plenty of vacations. Both drivers have shown speed in the 2022 Cup Series season, and they both have some success at the tracks to come.