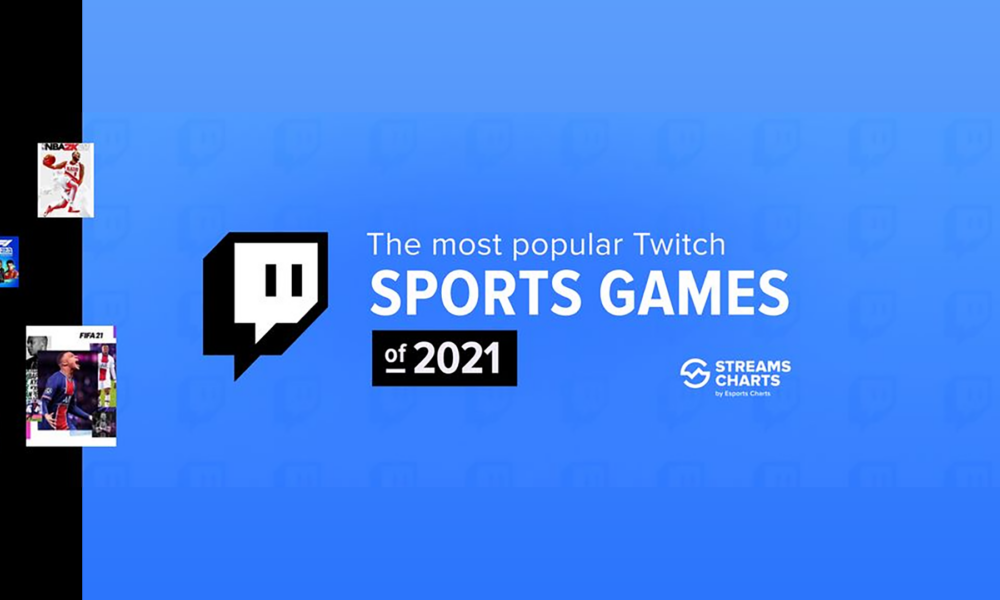 According to a Streams Charts report, three racing games have joined the 2021 list of the top 10 most streamed games in the Sports category on Twitch.tv. Trackmania, iRacing and F1 2021 were all on this year’s list of sports games. Each platform has contributed tens of millions of watch hours on Twitch alone. That doesn’t even count hours watched on YouTube, Facebook, or any other streaming service.

Fairly new to the scene in terms of esports popularity, racing games in general took off in the middle of 2020 when things started to come to a halt due to the virus. According to the 2020 chart, iRacing was the only racing game included, ranking tenth. This year, while it climbed to eighth in the rankings, it was overtaken by Trackmania, which sits in seventh place.

While Trackmania and iRacing have been around for years, the 2021 Formula 1 game was released in July. In less than six months, F1 2021 has totaled 13.54 million hours watched. This is quite impressive considering that iRacing had 19.72 million hours watched and Trackmania had 25.62 million hours watched. Although these titles fall far short of the most popular titles like FIFA and NBA, racing games beat out baseball on this list. Also of note, the Madden NFL franchise completely missed the Top 10. Madden 2020 and 2021 games were ahead of iRacing in 2020.

According to the report, FIFA 21 topped the rankings with 247.5 million hours watched by viewers. FIFA 22, released on September 27 last year, managed to climb to third place overall. FIFA 22 has compiled 154.46 million hours in the last two months of the year alone. Rocket League shared both titles with the runner-up in the category. The popular car/soccer hybrid (aka SocCar) has racked up 198.13 million hours of viewing.

These numbers are compiled by Esports Charts, an analytics service that compiles data based on esports competitions, streams, and revenue, among other metrics. Their streaming-specific compilation site, Streams Charts, pulls together streaming numbers from platforms like Twitch, Trovo, and Facebook Gaming. While gaming categories such as Grand Theft Auto V and League of Legends have hours watched in the billions in 2021, it’s still incredible that there were millions of hours spent watching virtual races unfold.

2022 could be the year racing games and esports take off even more. Will you be watching some of the best competitions taking place this upcoming calendar year? What other racing games would you like to see ranked on these audience lists? Are there any new games in 2022 that you expect to see? Let us know your thoughts in the comments below.