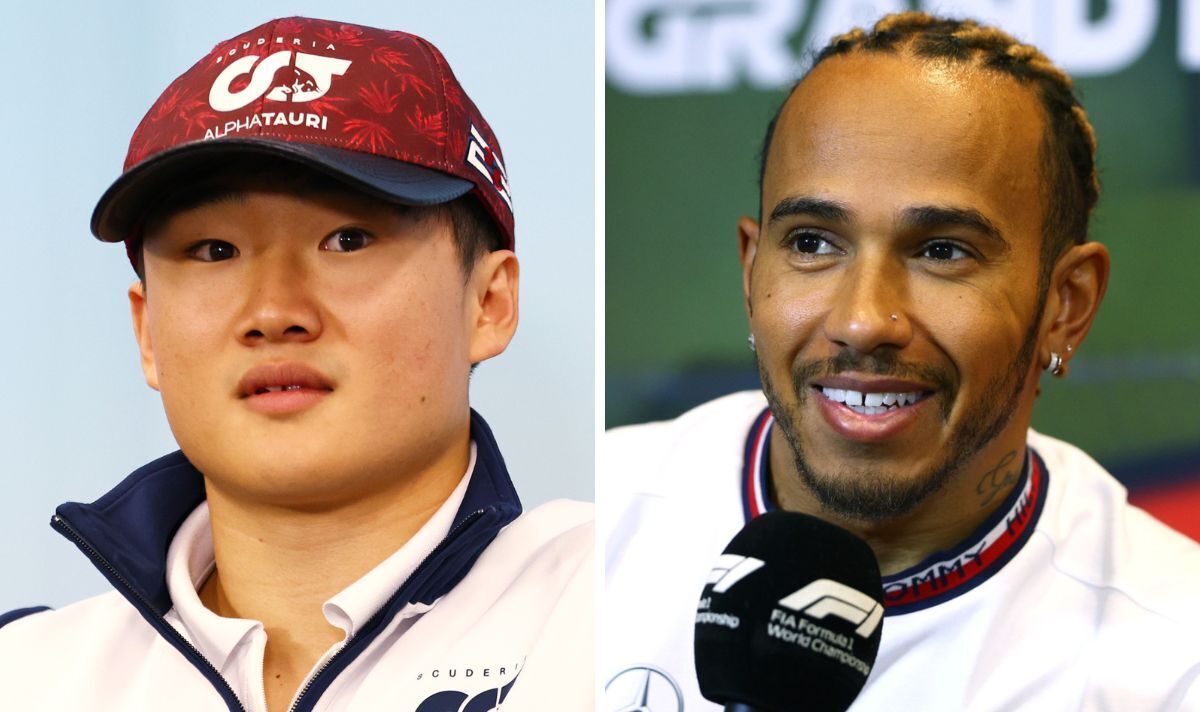 Two drivers could be banned from racing in F1 before the end of the 2022 season, but Lewis Hamilton safe | F1 | sport

Lewis Hamilton will not risk being banned from racing by the end of the current F1 season, although two drivers could risk racking up the required 12 penalty points if they fail to clean up their acts. The points system, which was introduced by the FIA ​​in 2014, penalizes drivers for breaking the rules and aims to prevent repeat breaches by taking into account any breaches over the past 12 months.

Drivers can potentially be banned for a Grand Prix if they receive 12 points in a single year, although this has never happened in F1 since the system was introduced. The limit has been reached by some in Formula 2, however, with Alpine junior Olli Caldwell missing this year’s event at Spa just weeks after Amaury Cordeel was suspended for the Silverstone round.

Yuki Tsunoda currently has the most penalty points on the F1 grid with eight and will face a ban if he collects another four before the end of the year. His most recent penalty came on FP2 at the Italian Grand Prix, when he failed to slow down for yellow flags, and he will have to wait until mid-November for one of his points to expire.

Pierre Gasly, meanwhile, sits in second place with seven points despite a brief climb to nine after accelerating in red flag conditions at the Japanese Grand Prix. However, the two points he received for colliding with Lance Stroll in last year’s Brazilian Grand Prix expired the following day, which saw his total fall back to seven.

Further down the standings, Alex Albon is the only driver with six points ahead of Esteban Ocon and new world champion Max Verstappen, both on five points. Fernando Alonso, Daniel Ricciardo and Zhou Guanyu all have four points as things stand, while Nicholas Latifi, Lance Stroll and Kevin Magnussen are one rung lower at three apiece.

Sergio Perez, Sebastian Vettel and George Russell currently have two points on their respective FIA ​​licenses, with the latter receiving both of his after colliding with Perez at this year’s Austrian Grand Prix. Charles Leclerc, who initially looked set to challenge for the Drivers’ Championship but quickly ran out of steam, is one of three drivers on a single point alongside Valtteri Bottas and Lando Norris.

Three others can boast of having wiped the slate clean, with Hamilton joining Mick Schumacher and Carlos Sainz on the list of the wisest drivers on the grid. It remains unlikely that any driver will receive a racing ban before the end of the season, although the AlphaTauri duo of Tsunoda and Gasly appear to be the most likely candidates at this stage.

There are just four races left before the end of the year, with F1 set to travel to Austin next weekend for the return of the United States Grand Prix. Although the Drivers’ Championship title is already sealed, there are still scores to be settled away from first place and in the Constructors’ Championship, with Ferrari and Mercedes only separated by a margin of 67 points behind the runaway leader Red Bull.

What sparkling wine should be sprayed on Formula 1 winners?