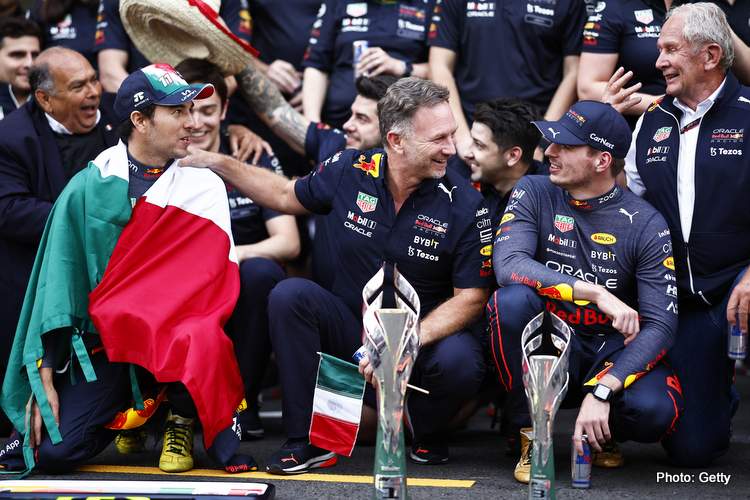 Max Verstappen and Red Bull got both Formula 1 Titles this season, but now the focus is on Sergio Perez securing second place in the drivers standings.

Verstappen has already secured his second consecutive driver’s crown at the 2022 Japanese Grand Prixwhile Red Bull sealed the constructors in Austin, but for them to get the perfect result in 2022 they need to make sure Sergio Perez finishes second behind his team-mate.

Preview of this weekend’s Brazilian Grand Prix; Verstappen said: “It’s always nice to be back in Brazil, it’s beautiful here and so rich in culture. Interlagos is a short track and with all the elevation changes and cambers it’s a really cool track to drive.

There’s obviously a lot of history on the track as well, which I love,” he added. “The Sprint race being held this weekend means we only have a short practice window which always makes it a bit tougher, ensuring the car is perfect and we prepare it well with limited time. .

Perez currently sits second in the Drivers’ Championship, five points ahead of Ferrari’s Charles Leclerc, and Verstappen has revealed the aim is to keep him there.

“As a team we want to finish first and second in the championship, so it’s important that we make sure that Checo stays ahead of Charles,” insisted the Dutchman.

Perez: Second in the driver standings Important for me and for the team

Perez revealed he is not slowing down despite helping his team win the constructors’ title this year and will chase second place for himself.

“I go into the last two races of the season still feeling like I have everything to win,” he said. “We may be constructors’ champions, but as a team, and for me personally, securing a double in the drivers’ championship is extremely important.

“For that, I have to keep fighting and staying motivated to get the best possible result in every race, including this weekend’s Sprint,” added the Mexican. “The Sprint is a chance to score vital points, so it’s important that we have a good practice session on Friday morning and qualify well.

“If we put everything in place this weekend, we are the team to beat and we are as determined as ever to maintain the incredible form we have had this season,” Perez concluded.

Perez, in his 12 seasons in F1, has fourth place as his best finish in terms of driver standings, which he achieved in 2020 with Racing Point (now Aston Martin) and 2021 in his first season in as a Red Bull driver.

There are two races left 💪 Let’s finish 2022 in style 🙌 #gives you wings pic.twitter.com/8Dh6Jm3qCs