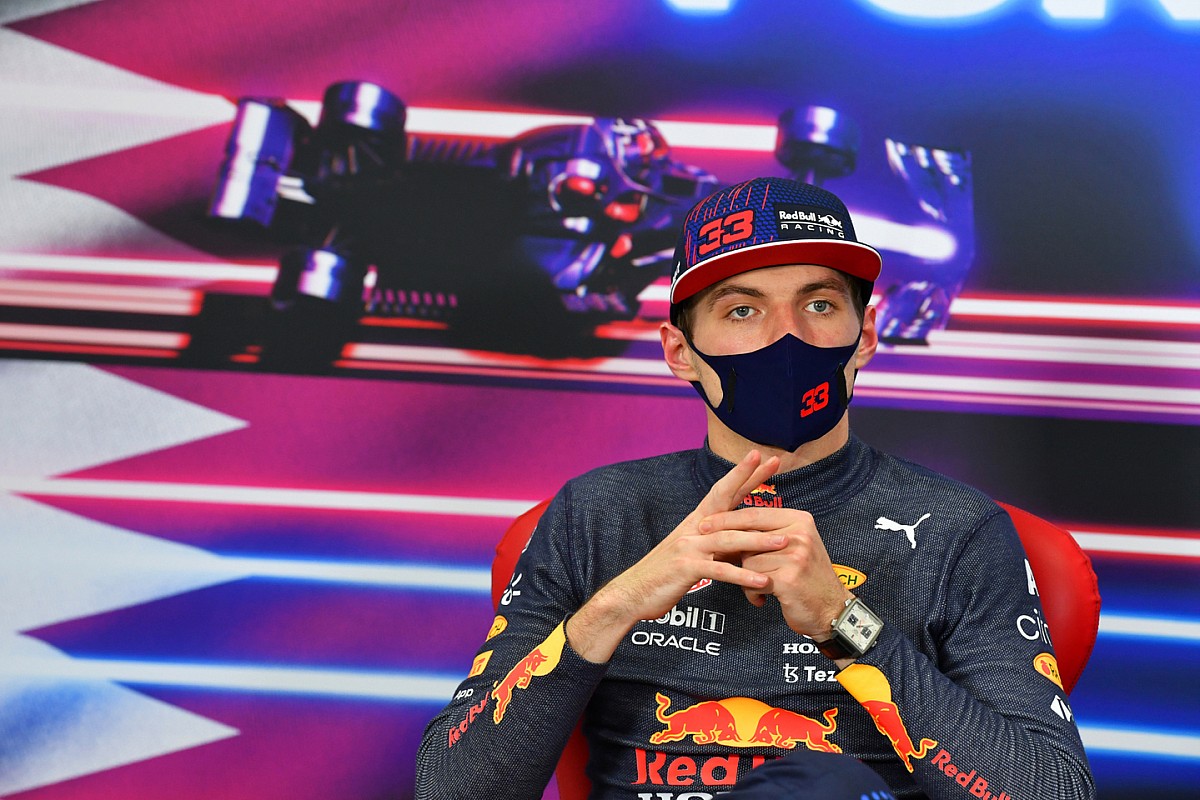 But it appeared Verstappen had set his fastest time passing a yellow flag zone at the end of Q3, leading to a call-up for Sunday afternoon, four hours before the race.

As Red Bull argued Verstappen’s case, the stewards eventually handed the Dutchman a five-place grid penalty for not slowing down for the double wave yellows, leaving him seventh on the grid.

Verstappen would recover in second place in the race, losing just six points to Hamilton in the title battle after also recording the fastest lap.

Asked by Motorsport.com about the penalty after the race, Verstappen revealed he expected to serve a grid as early as Saturday night.

“For my feelings, I knew I was already going to get a penalty kick last night, so I was prepared for that,” said Verstappen.

â€œWhen I saw the result, I was not shocked or surprised.

“You just focus, you have to pass a few more cars than you would normally like, but luckily it already worked out really well in the first lap.”

Verstappen managed to pass Valtteri Bottas, Carlos Sainz and Lando Norris on the first lap, and almost passed Fernando Alonso before falling back.

In lap five, Verstappen was in second place and less than four seconds behind Hamilton in the Mercedes ahead, but lacked the pace to close the gap, eventually finishing 25 seconds after a late pit stop to secure the fastest lap bonus point.

This means Verstappen still leads the F1 drivers’ championship with two races to go, but his advantage over Hamilton is now just eight points.

â€œWe just didn’t have the pace this weekend to match them,â€ said Verstappen.

â€œI just tried to call and yeah everything was fine at the end. I did the fastest lap which I was pretty happy with. At the end of the day that’s an extra point.

“Everything counts for now. Overall I would say this weekend hasn’t been the best for us but there are still two races left and a lot can still happen so we’ll see.”