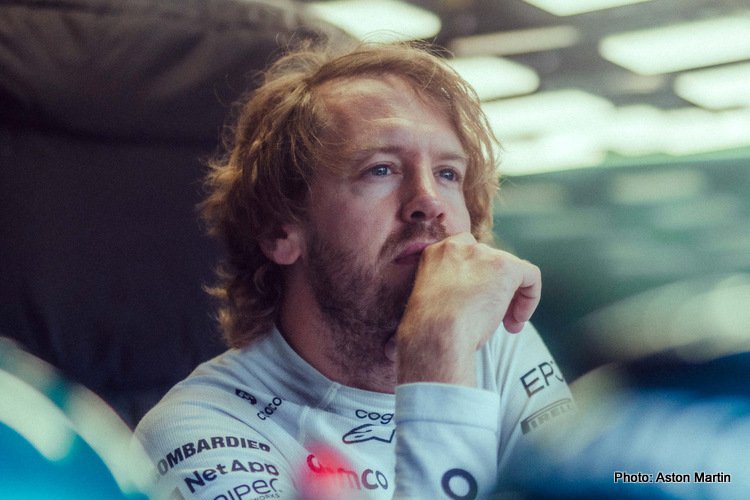 Vettel: A gay Formula 1 driver would be welcome

The FIA-sanctioned Formula 1 World Championship, which began in 1950, has had only male drivers on the starting grid since 1976, but has pushed for diversity and inclusion with teams showing their support for the LGBTQ community.

Last year, Vettel wore a rainbow-coloured t-shirt during the Hungarian Grand Prix weekend with the message “same love” to protest against anti-LGBTQ+ legislation.

The 34-year-old father of three also competed with Racing Pride logos on his car.

“Maybe it wouldn’t have been the case in the past, but now I think a gay Formula 1 driver would be welcome, and rightly so,” Vettel said in an interview with LGBTQ magazine Attitude. which featured it on its cover.

This weekend, F1 is in Azerbaijan, where in February Avaz ‘Hafizli’ Shikhmammadov, a 24-year-old journalist, was stabbed to death near Baku, according to the Prosecutor General’s Office and the Ministry of Interior of the country.

Hafizli was also a prominent, well-known and popular gay rights activist, which one media analyst called “a tragedy for the country’s media and civil society”.

Media watchdog Reporters Without Borders (RSF) says authorities are harassing and imprisoning independent or critical journalists and censorship is increasing.

Azerbaijan ranks 167th out of 180 countries, one of which is the freest in RSF’s World Press Freedom Index.

Vettel: It takes enormous courage to really show up rather than hide behind a facade

The German added: “I think a gay driver would help speed up the elimination of prejudice and help push our sport in a better direction. So I think and hope our sport would be ready for one.

The former Red Bull and Ferrari driver said he noticed a change in attitude, with some engineers and mechanics possibly being more open.

Formula One champions Mercedes announced on Wednesday that they will be racing with a rainbow star on their cars for all three grands prix in June, Pride Month, as a show of public support.

Vettel compared the situation to professional football and “the old image of a player or driver as a ‘hero’ who should fit a certain set of criteria: “But the judging criteria are just plain wrong . How are these stereotypes related to performance? Who should decide?

“It takes enormous courage to show your true personality rather than hiding behind a facade based on what people expect,” Vettel ventured.