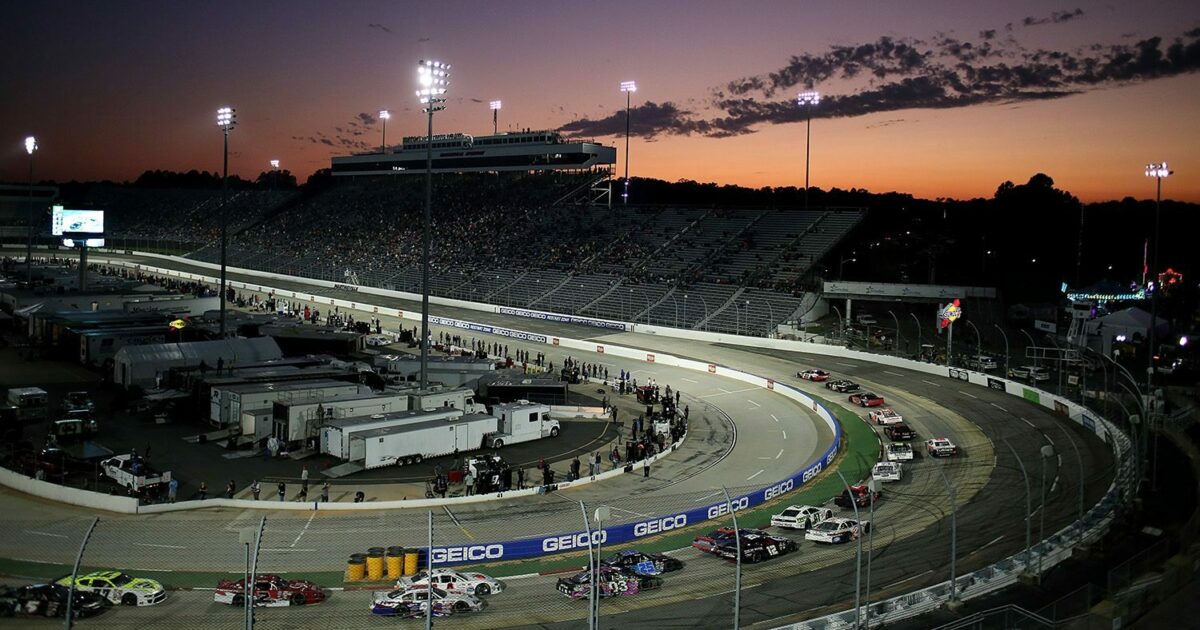 Suddenly 53, Wertz says he’s never invested as much in a race as he did this weekend at NASCAR’s oldest track. This is partly due to his age, but also due to the level of support he currently has between Dunkin Donuts and Keen Parts.

It’s not the beginning of the end for the two-time Langley Speedway track champion, but he also knows that every tick on a grandfather clock is sacred.

“We are a competitive team,” Wertz said. “We’re blessed to have a lot of support to be able to do it the right way – the way you have to do it if you want to win.”

Wertz has made just eight attempts in the ValleyStar Credit Union 300 and has only a best finish of 27th in 2003. As part of his oversized effort to compete for victory on Saturday, he says he’s super excited for the brake package that Pro System has for this weekend and has put all of its focus on qualifying and short-term speed.

He’s taken the approach that winning the race is also the Triple Crown, so it’s one goal at a time.

“The goal is to win,” Wertz said. “It takes care of everything, but we have three unloading objectives. 1. Prepare and make sure we’ve done everything before the race. 2. Race because there are 90 cars here and you can’t take anything for 3. Do what we can to put ourselves in a position to win.”

And after a pause, “execute”.

Finishing second last month in the CARS Tour race at North Wilkesboro should have been one of the greatest accomplishments of his career, but Mason Diaz was overshadowed by circumstances.

“I was in the middle of a Dale Jr. sandwich,” Diaz said.

Diaz said he was a bit bummed he didn’t even get a TV interview, but also admitted he does some of his best work under the radar. And there was a lot of work to prepare No. 24 for the trombone.

“All new bodywork, new engine, new transmission,” Diaz said. “Brand new. You run all season with what you’ve got and then you get here and make sure you bring the best and newest of everything they’ve got. I feel good. We’re putting in a lot of effort in Martinsville.”

At the same time, Diaz is also trying to keep a balanced perspective on whether to win the race or the Triple Crown.

“Everybody’s goal is to win,” Diaz said. “There are realistic goals and goals. We went to South Boston and the Hampton Heat with realistic goals. There are 93 cars trying to race. Realistic goal, race. There are a lot of luck and situational circumstances that come into this race.”

And Diaz doesn’t know it, having yet to reach the final lap of his three starts and four attempts.

“Realistic goal, to unload fast and do our best. Work hard. Goal to win the race. It would be a really big deal, just like the Triple Crown, but we have to work and make some things go our way too. .”

The second time is the charm of this car in Martinsville or so hopes Jared Fryar.

“Last year we offloaded terribly,” Fryar said of a car that raced and eventually finished fifth. “This year we expect to offload a lot closer and be more comfortable as we just fine tune the practices.”

That already sounds like a high level of trust, even if he doesn’t buy it.

“Honestly, not really,” Fryar said when asked if he was feeling good this weekend. “You never really know. We only race there once a year and no other place is like it. The grip and handling. There’s so much uncertainty. Lots of pressure and anything can happen .”

“Perfect world, we win the race and then I’ll figure out what to do with it,” Fryar said.

But even if he didn’t walk away with the clock, the Triple Crown championship would also be a mega feat.

“It’s become a really glamorous thing,” Fryar said. “There’s always a ton of fans for those three races and the teams that win that championship are all some of the best to do it. It would be a really big deal for all of us.”