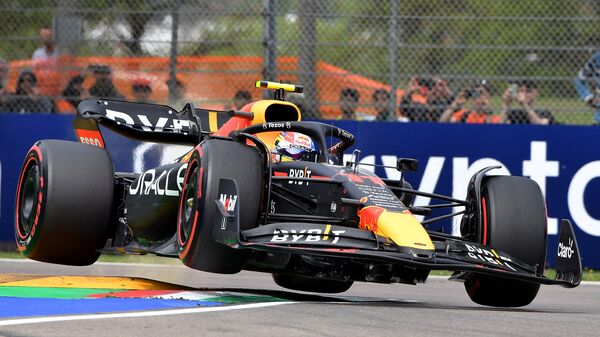 The Red Bull RB18 Formula 1 racing car covered the distance in 11 hours and with two stops.

Watching a Formula 1 racing car race down an ordinary road is not a usual sight. But that’s exactly what happened in the United States when Red Bull’s RB18 Formula 1 race car covered the 1,283.7 km distance between New York and Miami in 11 hours with two stops. The car was driven by Red Bull driver Sergio Perez. This was quite exciting news for Formula 1 fans and Red Bull decided to take the car to the road just before the Miami Grand Prix which was due to take place in May this year. Interestingly, this is the first time Miami has been added to the Formula 1 calendar.

Red Bull posted a video on their YouTube channel showing how the trip from New York to Miami was. Sergio Perez, nicknamed Checo in the Formula 1 circuit, is also known as Mexico’s Minister of Defense due to his outstanding defensive performance in the 2021 season. During his trip from New York to Miami, Perez met several obstacles along the way. These included a parking ticket in Chinatown and a gnarled crocodile in Florida.

During the 11-hour drive to Miami, Perez had the full support of Oracle Red Bull Racing’s racing team, as well as help from Miami Dolphins cornerback Byron Jones.

In case you haven’t noticed, the Formula 1 car’s interstate trip is fictional and is part of Red Bull Racing’s promotional video for the upcoming Miami Grand Prix. The race is scheduled for May 6-8 at the Miami International Autodrome, which is a purpose-built racing circuit around Hard Rock Stadium. The track will be 5.41 kilometers long, with 19 bends and an expected average speed of around 223 kilometers per hour. Ahead, Miami F1 cars prepare to burn the track for the Emilia-Romagna Grand Prix at the Imola Circuit.