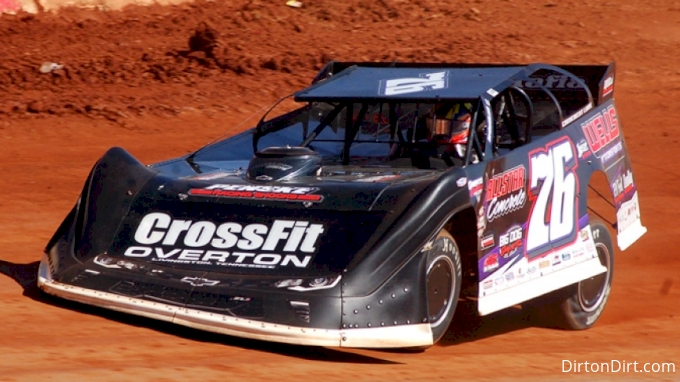 Many of the biggest stars in late model dirt racing will be spread across the country this weekend with an assortment of hotly contested races. With the Lucas Oil Late Model Dirt Series season coming to an end and the home stretch of the World of Outlaws Late Model season, it’s the time of year when many drivers are staying closer to home and looking for money in their area.

Let’s take a look at where we can (or can’t) expect to see some of the sport’s biggest stars this weekend:

Billed as the biggest race in 86-year history at Bedford Speedway, the Keystone Cup will award $22,000 to the winner of Saturday’s Late Model main event.

We expect to see a strong contingent of Pennsylvania stars, including Gregg Satterlee and Rick Eckert.

A more surprising entry for the event comes in the form of North Carolina star Chris Ferguson, who announced his intention to enter the race on Wednesday.

World of Outlaws Late Model Series championship contenders Dennis Erb, Jr. and Tanner English top the list of drivers expected to head to the Midwest for a three-race swing in Kansas and Missouri. Brandon Sheppard also plans to make the trip in his #B5 family machine. Other pilots expected to make the trip include Shane Clanton and Max Blair.

The three-race weekend will include stops at Humboldt Speedway (Friday), 81 Speedway (Saturday) and US 36 Raceway (Sunday).

The 28th annual Fall Classic, which pays $12,500 to win, is expected to bring national and regional stars to Whynot Motorsports Park.

Lucas Oil Late Model Dirt Series full-time contestants Tyler Erb and Spencer Hughes are among the drivers planning to compete in the event.

Dennis Erb, Jr. is the two-time defending winner but will not return this year to defend his title.

The 27th annual Powell family memorial is the richest late model dirt race on the schedule this weekend. With a check for $27,000 awaiting the winner, the race will draw stars from the Sunshine State and beyond.

Drivers to watch include Kyle Bronson, Mark Whitener and the Hunt The Front duo of Joseph Joiner and Jesse Enterkin.

Jimmy Owens is the defending race winner but he has not announced his intention to defend his crown.

You can’t mention Florence Motor Speedway without saying Josh Rice’s name. The State of Origin rider dominated the Kentucky half-mile oval events and will look to do the same this weekend when the $50-10,000 fall.

In order to defend his turf, Rice will need to beat one of the best in the business. Bobby Pierce, the fourth-ranked driver in the latest DirtonDirt.com power rankings, is expected to make the trip to Florence for Saturday’s event.

$10,000 will be up for grabs when the Ultimate Super Late Model series visits “The Place Your Momma Warned You About” on Saturday night.

Brandon Overton, the fifth-ranked rider in the DirtonDirt.com power rankings, is expected to compete in the event. In order to emerge victorious, he will need to beat some of the Carolinas best including Ross Bailes, Carson Ferguson and more.

You may find yourself saying, “Eastern States is not a late model race.” Well, you would be right.

However, that’s not stopping Lucas Oil Late Model Dirt Series champion Tim McCreadie from competing in the event. T-Mac plans to strap in behind the wheel of a Big-Block Modified to chase the $40,000 prize down the line at Orange County Fair Speedway.

Both Jonathan Davenport and Chris Madden are on the list of drivers who are likely to be on the sidelines this weekend. You can also add Mike Marlar, Dale McDowell, Devin Moran, Ricky Thornton Jr., Hudson O’Neal and Jimmy Owens to this list.