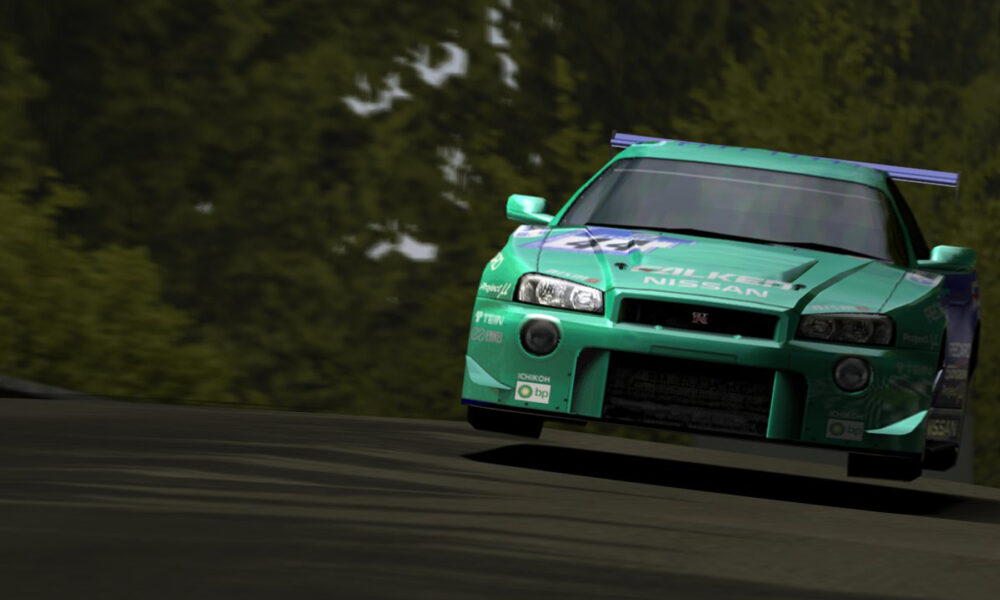 
Gran Turismo 4 is the best Gran Turismo game to date. That’s according to our recent poll, where an overwhelming majority voted yes. Here’s why.

At least, that’s according to our recent poll, where over 41% of Traxion.GG readers rated Gran Turismo 4 as the best of all time.

While we accept that this is far from a definitive calculation, the winning margin was colossal, with thousands of you voting for the 2004/5 opus of car culture.

It received more than double the number of votes as second-placed Gran Turismo 3: A-Spec.

In many ways, Gran Turismo 4 was a trailblazer. It showed that you could have a diverse car roster, from the very first car in the world to a Tommy Kaira supercar and have distinct handling characteristics for each inclusion.

The level of track detail is still ahead of some contemporary releases and the photo mode set a trend for image sharing before social media took off.

It was having your virtual cake and eating it, because quantity was quality.

But it also arrived late and without an online mode. Whoops.

Perhaps the reason most look up to it so fondly was the depth of the single-player experience.

Yes, there were the license tests and the inimitable progression style, but they were combined with a significant increase in real-world based content as well as the madness of GT Auto and B-Spec mode.

“It’s my favorite Gran Turismo game because its depth is unmatched,” explained Davin Cornelius, aka DriveThrough.

“Winning the Gran Turismo World Championship and unlocking the Extreme Events was just impossible for me as a kid. I’ve been playing this game off and on for 17 years and I still have so many championships to go.

“For example, just being on the starting grid for the Formula Gran Turismo championship and its full 20 Formula 1 races requires players to win a 24-hour endurance race. Yes, a full 24 hours of gameplay was expected from players in 2005. That’s how far GT4’s career stretches.

“Whenever I can finally achieve 100% career completion, it will truly be the completion of a life purpose.”

This sense of accomplishment also went hand in hand with ownership.

“It was the Costa Di Amalfi Special Event and I won it in my hot-blooded Nissan Skyline R32 GT-R.

“What did I do with it? Sell ​​it and buy a much less sensitive TVR Cerbera Speed ​​12 of course…”

It exemplifies the grind of Gran Turismo 4. But, because the tracks were so plentiful and varied, that never really felt like a drag – you were always striving for the next best thing, and you really had to earn it. .

For several hours you were stuck with a slow vehicle, but the customization options and challenges set on shorter tracks kept you busy.

“I started out with a black Mazda MX-5 from the used car dealership that I picked up for about 10,000 credits, but it was my second car that I’m still attached to more than any other car in my life. any other racing game,” John continued.

“It was with this 1991 Nissan that I used to win my precious first prize. Being a bit wet behind the ears at the time, I glued a massive, completely useless fender to the rear to complement the garish BBS rims I had also purchased.

“However, the sentimental value meant that I had never traded this car for another, not even one that was worth millions in credits.”

The pace of the game was one thing, but its vastness was another.

“Gran Turismo 4 was the game that set the bar for all subsequent Gran Turismo releases for me,” noted Traxion.GG contributor Nick Saunders.

That’s a good point, and when the first trailer for Gran Turismo 7 proudly said “Gran Turismo is back”, many of us were clearly thinking of the fourth installment.

“The real-world tracks presented were a dream as I got to experience a lot of them for the first time in a game.

“The likes of Circuit de la Sarthe, Tsukuba (ok, that was in GT4 Prologue first, but it’s pretty close), Suzuka, Twin Ring Motegi and the grandfather that is the Nordschleife have all been introduced in the series via Gran Turismo 4.

“The first time I tried to do the German epic tour I was totally lost and kept going around in circles or hitting barriers, but now, after many years, I’m happy to say that I actually know the track, especially

“It didn’t make much of a difference to the outcome of ending up in the walls/grass, however, whenever he wins the track vote in a GT Sport lobby…”

The celebrated and maligned Nordschleife – in equal measure – had appeared in games such as Project Gotham Racing 3 before the fourth Gran Turismo, but it was the latter that managed to bottle the site’s intimidating essence. Eiffel.

“My biggest memory of Gran Turismo 4, however, isn’t even about the racing, it was the soundtrack. If I hear any of Daiki Kasho’s songs from that game, I’m instantly transported to that time in my life when I’d just be sitting with my friends playing the winner via split-screen action. Happy times.”

It’s those memories – and the “wow” factor – that Gran Turismo 7 has to live up to, and that’s no small feat.

Refocusing on career mode for the first time since the sixth numbered outing in 2013, it’s easy to draw comparisons to previous GT titles that many still cherish.

But, placating older fans is one thing, I think even more important is that a whole new generation of younger players are growing up with the Gran Turismo series and that sense of accomplishment – something that missing now for several years.

4and March 2022. No Polyphony Digital pressure, but let’s see if you can live up to the 17+ year old classic.