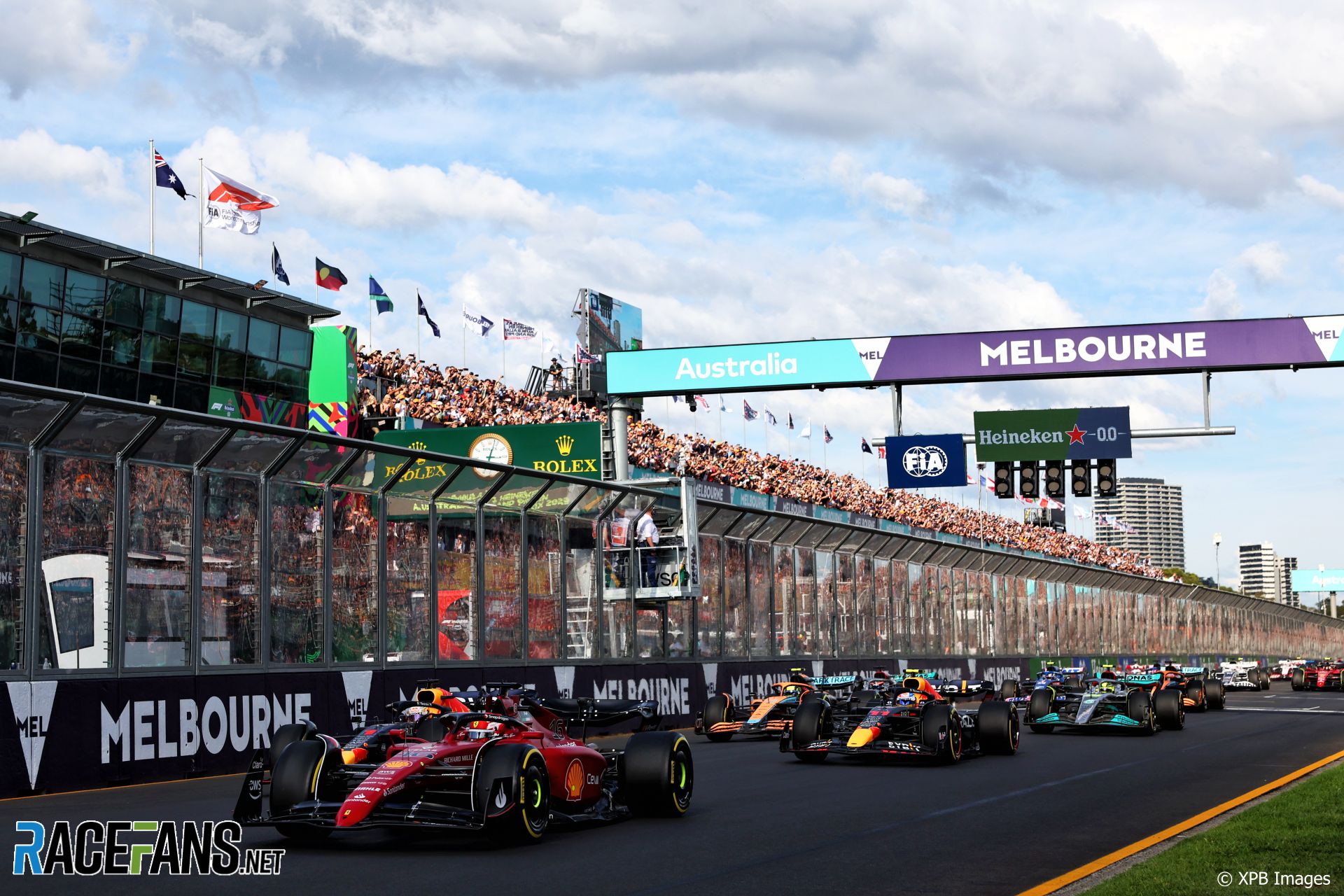 All sports have a carbon footprint, but the colossal freight logistics of international motorsport present its greatest obstacle to reducing its impact on the environment.

In recent years, motorsport championships have been expected to monitor and publicly report on their sustainability efforts. And while some are quick to describe the competitions themselves as “energy-intensive”, the vast majority of the CO2 generated by motorsport comes from logistics.

Formula 1 said 45% of its carbon footprint in 2019 came from freight and a further 27% from the movement of personnel. Formula E recorded even higher percentages in the same year, with 74% of its footprint on logistics and an additional 17% on staff travel. Compared to the emissions from its cars or even the events themselves, moving an international series around the world is by far its biggest environmental concern.

Comparing series is not easy. Everyone reports on their sustainability efforts differently, even when considering similar metrics like an entire season’s carbon footprint. Variations between calendars also have a huge effect. For example, Formula 1’s carbon footprint in 2022 across 22 individual grands prix will inevitably exceed Formula E’s 16 races spread across nine venues, as many of its rounds are duplicated.

However, there are ways to compare, once you cut through the marketing jargon about being an “advocacy podium” or other completely vague and unmeasurable factors.

Extreme E prides itself on being environmentally conscious. The off-road racing series incorporates legacy environmental projects and some elements of scientific study into its events, which take place remotely and without spectators on courses that do not require barriers or construction. Teams are only allowed a single pallet of equipment, packed before the start of the season, and cars and equipment are transported on a specially adapted vessel, the St Helena, in an attempt to further control the impact freight.

In its first season, held in 2021, Extreme E produced 8,870 tons of CO2. Over five events with nine cars entered, this represents 197 tonnes of carbon per car and per race. The Formula E report for last year, comparatively, would have put it at 54 tonnes of CO2 per car per race over 15 races, from an overall footprint of 19,600 tonnes.

Formula 1’s last published carbon footprint was 256,551 tonnes in 2019. Since then the sport has made significant changes due to the global coronavirus pandemic. Two years with significantly reduced numbers of spectators and paddock staff at races, and working practices changed to allow fewer staff to travel, will have had a significant impact on this, but working at 610t per car and per race, this clearly weighs on one of the most environmentally friendly. focused series.

On the other hand, this figure somewhat flatters the logistical challenges of Formula E. In 2021, FE ran 7 double-header events, so divide 19,600 by 24 (the number of cars on the grid last year ) and then by eight (the number of events actually driven) puts it to a more realistic 102t per car per event.

The compromises imposed on the series by the pandemic illustrate the enormous carbon savings achieved by cutting races in distant destinations. When FE was forced to cancel the second half of its season in 2020 and instead stage six closed events at Tempelhof, it saved around 21,000 tonnes of CO2 by not traveling to Sanya, Rome, Paris, Seoul, Jakarta, the United States and London.

Unfortunately, cutting so many races also seriously compromised the scope of the series, which had a lasting impact. And let’s not pretend the intention was to save carbon rather than find a cost-effective way to end a season that had been hit by global disaster.

This weekend Formula E travels to Jakarta in Indonesia – a single race, for which there has been extensive construction, which will inevitably mean more carbon emissions. FE’s director of sustainability, Julia Pallé, told RaceFans that the realities of running a world motorsport series are that sometimes those choices are made. “It’s completely true when you overtake a race, it’s more efficient. But at the same time, the reality is that sustainability is a three-pronged approach because we have the environmental, social and economic perspective.

“Yes, from the environmental side, it will be more advantageous to have only double headers in the calendar,” continued Pallé. “But the reality is that socially and economically it’s not as beneficial.

“So there is the environmental perspective, but we really take that triple bottom line in decision-making. And yes, sometimes it’s actually one of the other pillars that we decide to prioritize because we believe it brings broader benefits.

FE has already gone net zero carbon through offsetting. However, there is an overall plan to reduce the 45,000 tonnes produced in the 2018/19 season (the last representative pre-Covid championship) by 45% by 2030.

The 45,000 tonnes produced this season correspond to 170 tonnes per car and per event covered (12 events, including the New York double header). FE has already made progress in reducing that number.

Can F1 make similar cuts? He would probably struggle to persuade teams to ditch their motorhomes for marquees, or to accept a maximum of two sets of Pirelli tires per day in the same way as Formula E. Or that the schedule should be spaced out huge gaps, as is often the case with FE, to replace carbon-intensive air travel with more sea freight.

However, as freight costs continue to soar and teams see their development budgets impacted by the cost of getting to races, the case for minimizing freight may become more existential for the schedule. Especially after the decision not to replace the Russian Grand Prix due to freight cost and logistical limitations.

However, some solutions may be more tolerable than others, especially when they have already been proven. F1 and Formula E share a logistics partner in DHL and the smaller series are more willing to experiment. “When we go to trucks and boats, we use biofuel, which is new and has really been put in place thanks to DHL basically sharing the same goals because by 2050 they aim to be close to zero carbon,” said explained Pallé. “So it’s also an opportunity for them to test and see how they can roll this out to the rest of their fleet.”

Recently, F1 indicated that it would take steps to rearrange its races on future calendars to minimize its long-distance travel. This has the potential to significantly reduce its emissions as well as its costs. For example, only two of the four F1 races in North America are held back-to-back this year. After next week’s race in Baku, the series will travel 9,000 kilometers to Montreal and then back to Europe.

“Part of the calendar this year, when you look at the geography of it, Azerbaijan to Montreal, going to Australia for a weekend is about as expensive as you could get.”

Motorsport has long driven technological change on the track. But in the years to come, there may be greater opportunities to take this technology and this understanding of efficiency and apply it to the global logistics problems that will dominate the next decade.