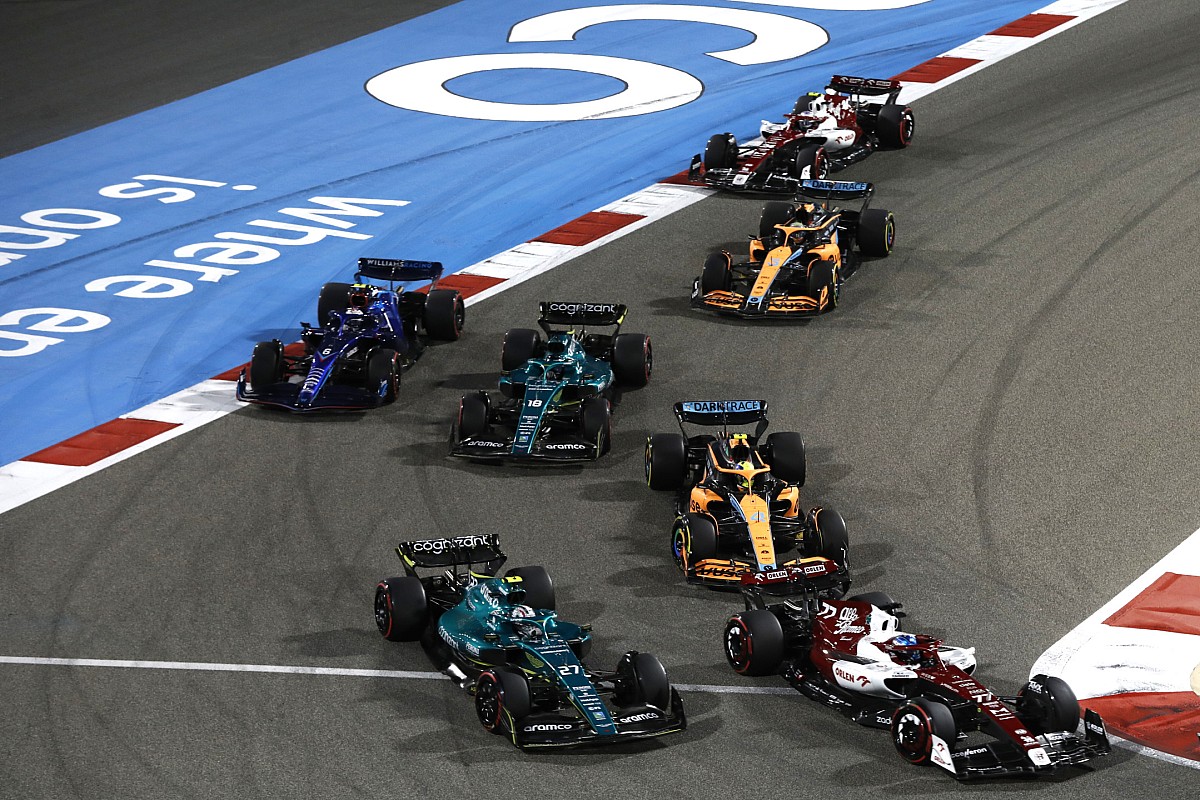 Ahead of last weekend’s Bahrain GP, ​​new FIA race director Niels Wittich laid out the ground rules for how he and his colleague Eduardo Freitas will operate this season.

Wittich clarified that the track is defined by white lines, while stressing that when the drivers race side by side around a bend, the car on the outside must have space.

The new FIA philosophy will also see a reduction in radio traffic now between race direction and sport directors on the pit walls.

A specific case cited by Wittich is that the race director will no longer tell teams that a driver must give up a place if he is deemed to have left the track and gained an advantage by overtaking, which has happened regularly. in the past.

In theory, such a statement was always advisory, as the final decision to apply a penalty always rested with the stewards.

However, if former race director Michael Masi or his predecessor Charlie Whiting sent such a message, it meant that you could expect a penalty to arrive, and so the teams were invariably obliged and told an often reluctant driver to make room.

Sometimes any discussion of this would drag on for several laps, by which time the driver concerned might have passed other cars, making it all the more difficult to hand over a place to the car he had illegitimately passed.

If the place was not returned, this would result in a penalty of five seconds, and a penalty point on the driving license, for the offense of “exiting the track and taking advantage”.

The new directive is quite simple. From now on, the race director will no longer ask the teams to send a message to the driver, nor to engage in a debate on this subject, it is up to the driver to know that he is wrong and to give up the place.

He must also do so within one lap of the infringement, and if he fails to do so, the Stewards will investigate and a penalty is likely to result.

In many cases, drivers will indeed know that they have overtaken and will be deemed unfair. There will inevitably be marginal cases, and a discussion within the team will follow.

However, since any decision to let the other car back up or not has to be made in one lap, there won’t be much time.

If an internal decision is made not to return the place, the only thing a Team Manager/Sporting Director can do is tell Race Control, via the FIA ​​team member who filters his messages for the race director, why this decision was taken.

In effect, they would state their case for the defense. Whether or not their opinions are conveyed to the stewards as they consider a penalty is another matter.

A time advantage can also be gained by cutting through a corner without overtaking anyone, and drivers will now also have to judge such situations for themselves.

Drivers and teams are now in a difficult situation.

While many cases will be clear, some will not, and if a driver is fighting for points, a podium, a victory or even a world championship, voluntarily gives up a place when he is not sure that the commissioners would have given a penalty could be a painful decision.

“I think it’s the right approach because it’s more of a real race,” said Carlos Sainz.

“There’s no five-second penalty and it can happen more immediately, but it has to happen immediately, otherwise you can’t lose three or four laps, so you have to give back to a position.

“That’s why there was the regulation, it has to be super clear and has to be applied the moment there is an infringement, you have to lose a position and then see.”

Others think that in marginal situations, for example when both drivers go off the road and the one behind ends up in front, there could still potentially be a directive from race control on one or the other. driver being forced off the track.

“I think we already had this discussion with Niels in the first race,” said Charles Leclerc. “And I think in some cases it’s very clear what the drivers are going to do. But there are also quite a few situations where it’s not clear.

“If you look for example at my debut last year in Mexico – I think that was a good example of very complicated things, and you gain position, but you don’t really know what you have to do.

“So in those cases, I hope we will always have the support of the race director, because that is important, especially in delicate situations.

“Then I agree that sometimes it’s just a very easy situation to read and understand, and in those cases a driver will be smart enough to give the position back on their own.”

“I still think they’ll tell the riders to give it back,” the Haas rider said. “I think they expect more from the drivers in terms of giving back a position if you have taken an advantage.

“But there will be instances where it’s like one guy feels he’s been pushed back, the other feels he has the lead. And so there will be discussions there.”

It remains to be seen whether this turns out to be wishful thinking and since the place must be returned within a lap, for a team to wait to be told – or message race control with a specific “we let’s give back”. ?’ request – could be a bit of a gamble.

Jeddah’s Turns 1 and 2 complex was the scene of plenty of action in last year’s race, including the famous incident where Max Verstappen passed Lewis Hamilton just before a red flag. As Esteban Ocon had also passed the Mercedes driver, Verstappen finished third, behind Ocon and Hamilton.

Masi was heavily involved in a discussion with Red Bull as a new grid needed to be set, and in similar cases in the future Race Control will obviously again have to make a clear call on who starts where.

However, the teams concerned can no longer hope to engage in a debate on the good and the bad in the matter.