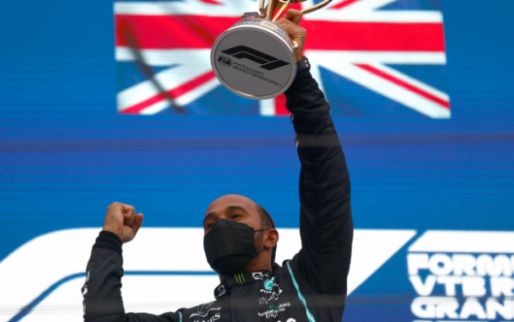 Lewis Hamilton claimed his hundredth Formula 1 victory at the Russian Grand Prix. The Briton now holds many records and has therefore received compliments in the international media. According to Stefano Domenicali, records don’t last forever.

It seems almost impossible for future drivers to take the records away from Hamilton, but the Formula 1 boss has a different opinion. From a historical point of view, Domenicali is convinced that there will be a new top driver in Formula 1 who will surpass Hamilton.

“Hamilton was nervous that Verstappen had done such a good job”

“We thought Schumacher’s records couldn’t be broken, but Hamilton managed to do it”, he declares in a conversation with Air sports. “That’s why I think Hamilton’s record number of wins will someday also be broken. That’s the charm of our sport.”

Verstappen and Hamilton face off in the World Championship

Hamilton hopes to clinch his eighth world title this season. To do this, however, the British driver must beat his rival Max Verstappen. The Dutchman is currently two points behind in the world championship, so he still has a good chance of winning the world title. There are still seven Grands Prix to go, starting this weekend in Turkey.