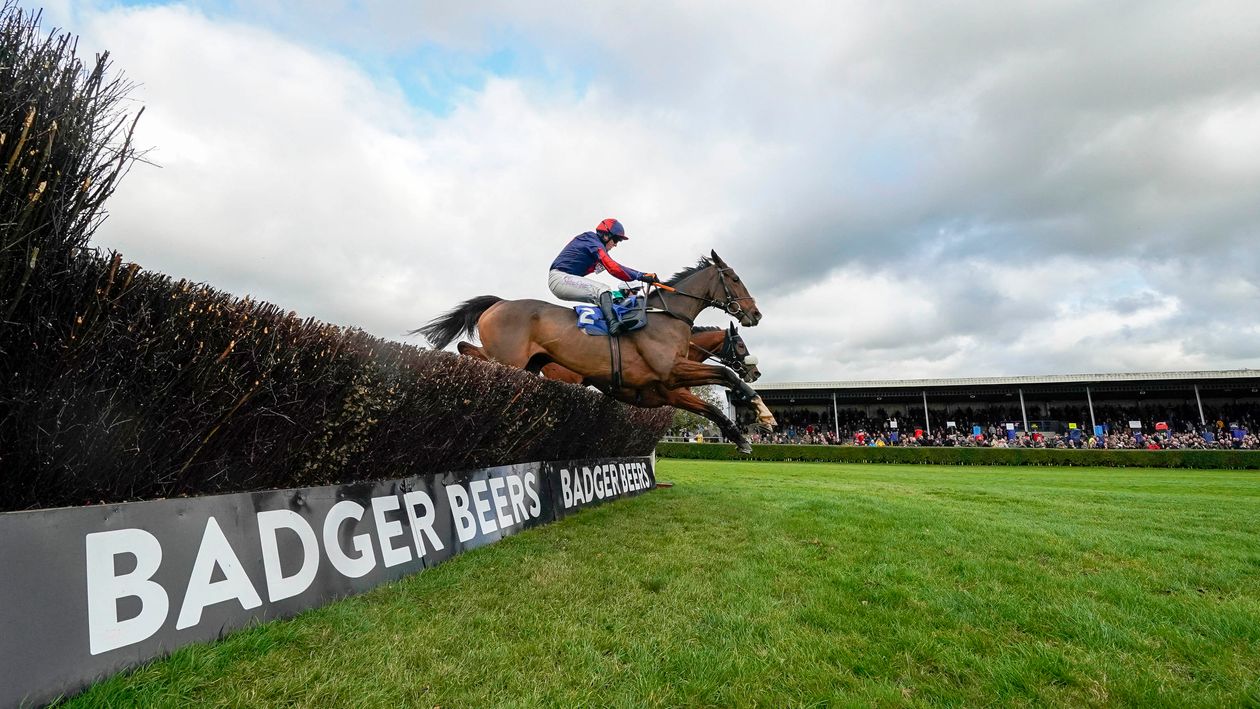 A review of the rest of Saturday’s action in Wincanton as Captain Tom Cat rallied to beat Mick Pastor in the Rising Stars Novices’ Chase.

Jockey Charlie Hammond was all smiles after celebrating the biggest victory of his career on board Captain Tom Cat, who returned to the winning streak with great success in the John Romans Park Homes ‘Rising Star’ novice hunt in Wincanton today.

After pulling off a hat-trick at the start of the season, the six-year-old trained by Dr Richard Newland seemed to have something to prove in the second year after his losses to Market Rasen and Cheltenham in his last start.

Set in a good pace ahead of Hammond, 6/4 Luck set up a solid series of jumps before gaining the upper hand in a late battle on the last with favorite Mick Pastor by two and a quarter lengths.

The victory for Hammond was his first at the level with his previous biggest success arriving in last year’s third-year Grand Sefton Chase over the Grand National fences at Aintree.

Hammond said, “This is by far my biggest winner. I won the Sefton last year, but coming here and winning a Grade Two is very nice. The boss (Dr Richard Newland) kindly accommodated me today so things are going well.

“We missed the intruder in the back, but we were almost in between strides and I was just trying to speed up at that point. He was very smart and got me out of trouble and in the last three when I needed him he was really good.

“It was a great jumping performance and he held up well and that probably won us the race. He’s a great sportsman who was a cheap buy, but the boss did a really good job with him.

Unlimited race replays from all over the UK and Ireland races

Tailors Hill barely had to get out of second gear to maintain his unbeaten record by giving coach Paul Nicholls a brace in the EBF Stallions “National Hunt” novice hurdle.

After saddling Flic Ou Voyou to fame in the Seven Thousand Prize 12 months ago, the Ditcheat manager saw the prize return after the 1/10 favorite represented his stable mate Gala De Corton by three and three quarters in length.

Nicholls said: “It was really a penalty and it was like racing school for him and it gave him a little more experience.

“He was a little cool the first time around but he’s learning all the time. He will go in a better race where he can take the lead.

“It was a nice cash reward here and you wouldn’t get that education at home. I was delighted with the second horse (Gala De Corton) because he is learning all the time.

Evaluating future plans for a trip to Ascot for the Grade Two Sky Bet Supreme Trial Novices Hurdle, better known as the Kennel Gate on December 17, Nicholls continued, “Something like the Kennel Gate at Ascot is an option. I always thought he would do a few runs and go there, so we’ll see.

“I’m not sure he wants it too deep because he’s a fast horse.”

Access to exclusive features all for FREE – No monthly subscription fees

King Wynn thanks to House

Alan King was another coach to enjoy a one-two after Wynn House made a winning return to action, overtaking teammate Hotter Than Hell by three-quarter lengths in the Richard Barber Memorial Mares’ Handicap Hurdle.

King said of the 100/30 winner: “I always thought she was very good. She seems to have grown and developed well throughout the summer.

“We came with hope today, but I have to admit that leaving the rear we didn’t have too much hope because she was full.

“She probably wants to go up on a trip because the two thousand and five stretched out around here on good ground is pretty neat, but she saw it.

“She wore cheeks at the end of last season, but we left them out. I don’t like to put them in the first run.

“There’s no set plan, but looking at how she won the handicapper, she’s pretty much right.”