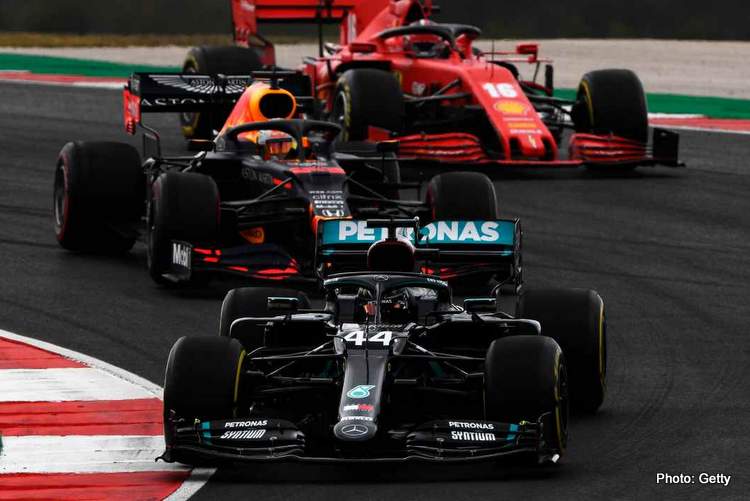 Mercedes team boss Toto Wolff compared the title fights his team had with Red Bull to those they had with Ferrari, and believes the Scuderia made more mistakes.

Mercedes had an epic battle with Red Bull in the 2021 Formula 1 season, after which the former clinched its eighth consecutive constructors’ title, with Max Verstappen taking the drivers’ crown for the former.

Before that, Mercedes had title duels with Ferrari notably in 2017 and 2018, and less in 2019. But Ferrari had a super engine in 2019 – later ruled illegal by the FIA ​​– and where he was able to fight Mercedes on some tracks mainly at Monza and Spa where Charles Leclerc won for the Reds in his first season with them.

One thing was common after those three seasons, and it was Mercedes and Lewis Hamilton winning the doubles title with Ferrari still short.

In a recent interview with Auto Motor und Sport, Toto Wolff spoke about his last fight with Red Bull and how it differed from the one he faced with Ferrari.

“With the Ferrari, the power came from the engine,” he said. “We knew then that we could beat them if we could make up the deficit on the straights. Ferrari also made more mistakes.

“With Red Bull it was an open exchange of blows, like two boxers taking turns throwing punches,” added Wolff.

The Austrian went on to explain how his team differed from Red Bull and said: “It’s hard for me to judge how Red Bull is organized internally.

“Our strength is our attitude and the values ​​we always stick to. Maybe we can solve problems faster and better because we always take the approach: what did we do wrong? he revealed.

Wolff believes the new regulations for 2022 could mix up the F1 hierarchy in its first year of existence, but a combination of the cost cap and the prescriptive nature of the new regulations will ensure that no team will have a significant advantage on the pitch.

“I think the budget cap is going to align a lot of things,” he said. “If someone finds a loophole and runs away with it, everyone will copy it. The cars will all be very similar.

“There may still be differences in the first year. After that, it will even out. There will no longer be a team that will be one second ahead, ”predicted the boss of Mercedes.

Regardless of what Wolff says but the smart money will be on Mercedes and Red Bull who will once again offer the best cars under the new regulations but with Red Bull continuing development on their RB16B until the end of the 2021 season, an opportunity could arise for Mercedes to be ahead.

Wolff disagrees and said: “We thought about that last year too. Then the rules were changed and our time advantage disappeared.

“The development curve for 2022 cars continues to rise so steeply right now that you can’t predict who will do it better and smarter,” he warned.