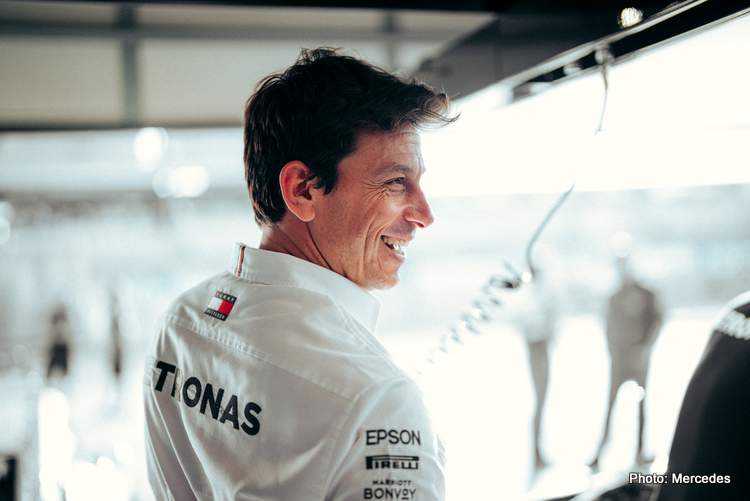 Wolff: Formula 1 is the Champions League

With Formula 1 Stakeholders on the verge of finalizing the new power units that will be used in sports from 2025, Toto Wolff has fired a warning shot for potential new entrants, claiming that F1 is the championship league in motorsport.

The new generation of powertrains for use in F1 have been the subject of discussion for some time now, and the latest round of discussions took place at Monza over the weekend of the Italian GP.

Although not fully finalized, it is well known that the new power unit will drop the MGU-H element, which is considered the more complicated component.

This should inspire VW to enter the sport, as they wanted this component to be removed from the future powertrain architecture, with the aim of having power plants more suitable for the road, while reducing the costs of design and construction. production.

Mercedes Motorsport boss Toto Wolff, whose company was not happy to retire the MGU-H as they have invested heavily in it over the years, spoke to GPFANS about this topic.

“It’s great that we have strong OEMs showing an interest in coming to our sport,” he said.

“Obviously none of these big automakers want to come in and face a situation where they are very uncompetitive,” Wolff pointed out, hinting at another potential situation for Honda.

“Therefore, we need to put in place systems that mitigate these very big risks. “

However, the Austrian warned that newcomers should not expect immediate success in the sport, because aside from Mercedes, all other powertrain suppliers initially struggled with the new turbo-hybrid technology.

“We have been there for a long time, we have invested a lot of money, sweat, blood and [suffered] terrible results to get us where we are.

“Look at the history of Mercedes in the first five years we were a factory team, the terrible Honda days they faced, the Renault days,” Wolff recalls. “Everyone had to fight their way to win races and championships.

“It’s the right balance that we need to find in order to attract new entrants as powertrain manufacturers. Everyone has to recognize that you can’t just come and conquer, you have to give them time, ”the Mercedes man insisted.

Wolff went on to explain that spending money on problems is not the right approach. Time and patience are the two main ingredients for success.

“In the past, this is what many OEMs have misunderstood,” he said. “If you look at Toyota, BMW and Honda, all the money, all the resources are irrelevant if you don’t give the project enough time.

“Anyone who comes to F1 as a team or as a powertrain maker misunderstands that it takes time. The fact that it is not easy to win makes the sport so attractive.

The 49-year-old, who has worked at Mercedes since 2013 and during their streak of total domination since 2014, said there are still many details to be finalized regarding the 2025 power units.

“We all agree on the concept of sustainability for the future, but what needs to be defined are the details – the new entrants versus the incumbents and various other parameters,” he said.

And then to conclude: “But the overall concept is clear and we are already well advanced in the discussions on the regulation but we are not there yet.”

It should be noted that despite setting the powertrain benchmark in the turbo-hybrid era from day one, Mercedes is going through a rough patch in 2021 as their main electric motors prove to be fragile, with Valtteri Bottas using six internal combustion engines compared. to the three authorized.

This fact casts doubt on the reigning world champions and their star driver Lewis Hamilton, as they push back the serious title challenge from Red Bull and Max Verstappen. Mercedes are 23 points ahead of Red Bull, while Verstappen is 12 points ahead of Hamilton.