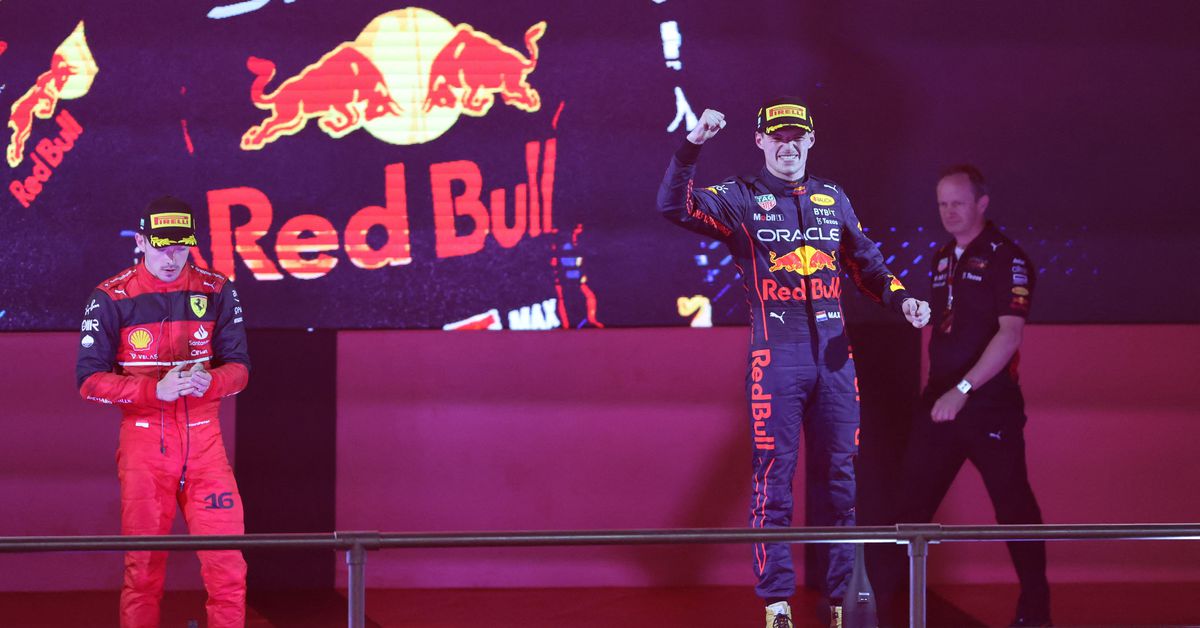 World champion Verstappen picks up his first win of the season

The 24-year-old, who started fourth, crossed the finish line half a second ahead of the Monegasque in the floodlights of the fast Jeddah Corniche circuit, while Ferrari’s Carlos Sainz was third.

The Italian side opened the season with a double last week in Bahrain and Sunday’s win put Red Bull, who blanked Sakhir, back in the game.

“A good race, we fought hard,” Verstappen said after earning his 21st career win and first points of the season.

“We just had to play the long game, the tires wore out quite quickly.

“It wasn’t easy, I finally managed to get ahead, just very happy to start the season.”

Leclerc, who set the fastest lap, leads the overall standings 12 points ahead of team-mate Sainz with 21 races to go. Verstappen is 20 points behind Leclerc in third.

Ferrari continues to dominate the constructors’ standings ahead of Mercedes with Red Bull jumping to third place.

Leclerc and Verstappen were running second and third after the start.

Poleman Sergio Perez seemed to have the race under control but an unfortunately timed safety car just after his pitstop dropped him behind the Monegasque and his Red Bull team-mate.

The Mexican lost another place when he was ordered to hand over third to Sainz, who had come out of the pits alongside but slightly ahead of the 32-year-old under safety car conditions.

Leclerc established a comfortable lead over Verstappen as the race resumed and looked set for a second consecutive victory.

But a virtual safety car in the closing laps brought the race to life.

Leclerc and Verstappen swapped heads several times, as they both tried to get behind the other on the long start-finish straight in an attempt to benefit from the increased top speed of the drag reduction system (DRS).

“It wasn’t enough today but, oh my God, I really enjoyed this race!” said Leclerc.

“It was a tough but fair race, every race should be like this.”

Mick Schumacher did not start. The German was fit to race following a qualifying accident, but his Haas team retired his car to save parts.

AlphaTauri’s Yuki Tsunoda stopped on his way to the gate.

Nicholas Latifi smashed his Williams as he brought out the only safety car in the race, while Alpine’s Fernando Alonso, McLaren’s Daniel Ricciardo and Alfa Romeo’s Valtteri Bottas came to a halt in quick succession.