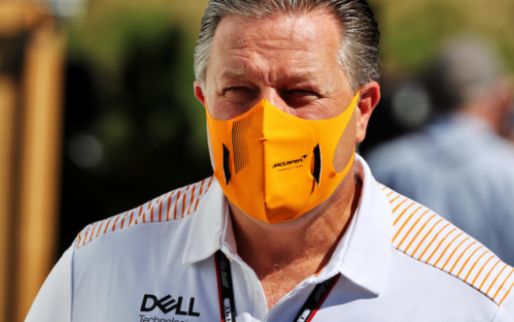 On the day that Formula 1 announces its new cars for 2022 and the pre-race press conferences will also take place, it has been announced that McLaren team boss Zak Brown will unfortunately be unable to attend the weekend. . A positive COVID infection means the American will have to self-quarantine.

The question immediately arises as to whether there is a danger to the other team members as well or even the two McLaren team drivers. However, in an official message, McLaren made it clear that there were no concerns about this: McLaren Racing confirmed today that three team members, including CEO Zak Brown, tested positive for covid-19 during the team’s rigorous testing program ahead of the British Grand Prix. None of our pilots is in close contact, ”he added. the statement said.

The team further stated, “The three cases are unrelated and are now isolated according to government guidelines. The team’s activities for the British Grand Prix are not affected.”

What about the parc fermé during the Silverstone GP weekend?

Norris: “Honda and Ferrari batteries may be more powerful than Mercedes”

Brown himself is feeling good and will just do his work for the team from home: “As a result of the tests carried out by our team for the British GP, I tested positive for covid-19. I have informed all my closest contacts and I am isolating myself according to government guidelines. I will stay on. always in contact with the team safely from home and supporting the team “, he wrote.

Following our team’s pre-event testing for the British GP, I tested positive for covid-19. I have notified all my close and isolated contacts in accordance with government guidelines. I will always be connected and support the team safely from my home. https://t.co/XZ4YxmfAtK